China Is Already Living in 2020

28 Mar 2016 – Consumed by myriad manifestations of its existential crisis, as usual the West neglected or underestimated the biggest show in Chinese politics: the famous «two sessions» – of the People’s Political Consultative Conference and the National People’s Congress, the top legislative body – which ended up approving China’s 13th Five-Year Plan.

The key takeaway was Premier Li Keqiang stating Beijing boldly aims at an average growth from 2016 to 2020 above 6.5 per cent a year – based on «innovation». If successful, by 2020 no less than 60 per cent of China’s economic growth would come from improvements in technology and science.

President Xi Jinping was even bolder, promising to double China’s GDP by 2020 from 2010, along with the incomes of both urban and rural residents. That’s the practical meaning of the Chinese Dream, Xi’s immensely ambitious official policy, and the contemporary translation of a «fairly comfortable life for all» – what Little Helmsman Deng Xiaoping promised almost half a century ago. 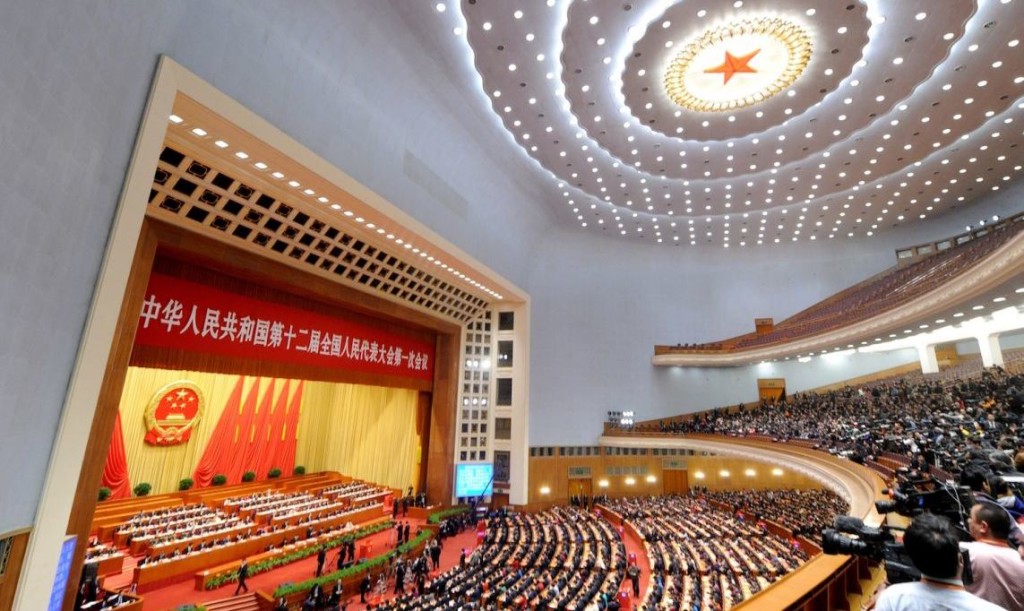 Economically, Beijing’s road map ahead includes liberalizing interest rates; keeping the yuan stable (as in no spectacular devaluations); and controlling «abnormal flow of cross-border capital effectively». For this massive collective effort to bear fruit, Premier Li went straight to the point, hard work is essential. And that will translate into «zero tolerance» for messing it all up, and «room for correction» for those who made mistakes. Innovators will be handsomely rewarded.

Xi’s Chinese Dream is now hitting high-speed rail velocity. The 100th anniversary of the Chinese Communist Party (CCP), in 2021, is practically tomorrow; thus the rush towards the avowed goal of «building a modern socialist country». And yet doubling up GDP is a larger than life endeavor when you have a rapidly ageing population, massive property overhang (and that’s a euphemism) and rising debt.

Everything will have to be perfectly calibrated. For instance, China used more cement between 2011 and 2013 than the US used in the entire 20th century; and a lot of it was just for nothing. As Jia Kang, a Political Consultative Committee member stressed, «the 6.5 per cent is an iron bottom that should never be broken… if growth slows to approach the bottom, there will be pro-growth policies».

Even with the economy «slowing» to 6.5 percent a year, Chinese GDP is forecast to reach 25 trillion yuan ($3.8 trillion) more in 2020 than in 2014; to put it in perspective, this excess roughly matches Germany’s entire GDP.

Premier Li, in a very Chinese way, commented that in 2016, the Year of the Monkey, he’s bound to wield the mythical monkey’s gold-banded cudgel to «smash all obstacles» that may prevent Beijing from reaching its ambitious economic targets.

Enter, thus, Xiconomics. Xiconomics is the successor of Likonomics – which implies that Xi, and not Li, is the real driver of China’s economic reforms, although it is Li who holds a doctorate in economics from Peking University.

The 13th Five-Year Plan is heavily imprinted by Xiconomics. It’s crucial to note that before the final version was drafted, Liu He, Xi’s top aide, had been on the phone a lot with US Treasury Secretary Jacob Lew; they extensively discussed China’s exchange-rate policies.

One of the key aspects of Xiconomics is Beijing preferring mergers and acquisitions of state-owned enterprises instead of privatization. Economists interpret it as Xi bolstering state capitalism to tap plenty of overseas markets – many of them virgin – to make up for slowing domestic growth.

And that leads to the crucial importance of the New Silk Roads – or One Belt, One Road (OBOR), according to the official Chinese terminology. State-owned enterprises will play a key role in OBOR – which will be essentially creating Eurasia integration via an immense trans-Eurasian emporium.

OBOR happens to be the only global economic integration plan in play (there are no Plan Bs), implying almost $1 trillion in future investments already announced. Last June, China Development Bank announced it would invest an astonishing $890 billion in over 900 OBOR projects across 60 countries. And that will include a crucial, 2,000-mile long high-speed railway from Xinjiang to Tehran, an essential part of the growing energy/trade/commerce China-Iran strategic partnership.

Internally, Beijing’s top challenge arguably will be the pacification of Xinjiang – a key OBOR hub. There is an effort to encourage integrated residential blocks, as Premier Li stressed, targeting cities where Uyghurs and Han Chinese have been segregated since the 2009 riots, especially in Urumqi, Xinjiang’s capital. Uyghur students will also be encouraged to study in Han Chinese schools. Whether this will work will largely depend on provincial cadres strictly following Beijing’s integrationist directives. 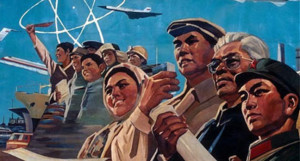 Beijing is unabashedly ramping up its soft power in parallel to economic power; the launch of the Asia Infrastructure Investment Bank (AIIB) – which will be key for many projects across OBOR – is mirrored by the establishment of an Air Defense Identification Zone (ADIZ) in the East China Sea and turbocharged construction in parts of the disputed South China Sea.

Not accidentally, the CIA is sending its own signals, stressing the US «would be uneasy» at the prospect of China dominating Central and South Asian security in the long term.

Beijing is not exactly worried. The reform of the People’s Liberation Army (PLA) is also in progress – and should be completed by 2020. The reform, coordinated by the Central Military Commission, relies on better coordination between the four Armed Forces to «win wars», according to Xi himself.

Xi has already announced that before 2017 the PLA will be streamlined by no less than 300,000 jobs – but will still count on 2 million active troops. Another key objective is to develop China as a maritime power – totally capable of monitoring surface and aerial traffic across the South China Sea.

For instance, Beijing has deployed the powerful HQ-9 air and missile defense system to Yongxing in the Paracel archipelago – inhabited by about 1,000 Chinese since 1956 but still also claimed by Vietnam and Taiwan. The HQ-9 is able to transform enormous amounts of territory into virtual no-fly zones. Only the F-22 Raptor and the B-2 Spirit stealth bomber can operate in the vicinity of an HQ-9 in relative safety.

Behind these Chinese military reforms, the unstated goal is clear; the US military better not start entertaining funny ideas, not only in the South China Sea but also across the Western Pacific.

China’s anti-access/area denial strategy is a go. And Xi is right behind it – now widely regarded even at the provincial level as the «nucleus» (hexin) of all these reforms. Talk about a lightning-fast consolidation of power. And talk about a lot to talk about when China hosts the next G20 summit, in Hangzhou, in September. The 13th Five-Year-Plan has just been approved, but China is already thinking, and mentally living, in 2020.

One Response to “China Is Already Living in 2020”