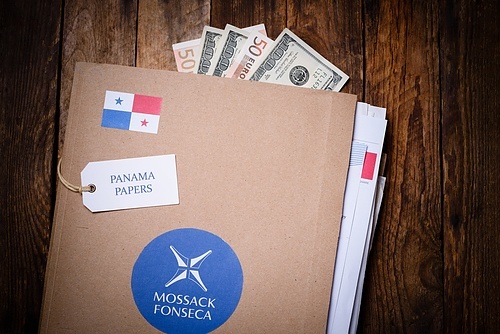 Who shall doubt ‘the secret hid
Under Cheops‘ pyramid‘
Was that the contractor did
Cheops out of several millions?

The message of Rudyard Kipling’s poem is that corruption is always with us and has not changed much down the ages. There is some truth in this, but degrees of corruption greatly matter, as the Cheops would have found to his cost if he tried to build his pyramid in modern Iraq instead of ancient Egypt. The project would cost him billions rather than millions – and he would be more likely to end up with a hole in the ground than anything resembling a pyramid.

Three years ago I was in Baghdad after it had rained heavily, driving for miles through streets that had disappeared under grey-coloured flood water combined with raw sewage. Later I asked Shirouk Abayachi, an advisor to the Ministry of Water Resources, why this was happening and she said that “since 2003, $7bn has been spent to build a new sewage system for Baghdad, but either the sewers weren’t built or they were built very badly”. She concluded that “corruption is the key to all this”.

Anybody discussing the Panama Papers and the practices of the law firm Mossack Fonseca should think about the ultimate destination of the $7bn not spent on the Baghdad drainage system. There will be many go-betweens and middle men protecting anyone who profited from this huge sum, but the suspicion must be that a proportion of it will have ended up in offshore financial centres where money is hidden and can be turned into legally held assets.

There is no obvious link between the revelations in the Panama Papers, the rise of Islamic State and the wars tearing apart at least nine countries in the Middle East and North Africa. But these three developments are intimately connected as ruling elites, who syphon off wealth into tax havens and foreign property, lose political credibility. No ordinary Afghans, Iraqis and Syrians will fight and die for rulers they detest as swindlers. Crucial to the rise of Isis, al-Qaeda and the Taliban in Iraq, Syria, Afghanistan is not their own strength and popularity, but the weakness and unpopularity of the governments to which they are opposed.

Kipling was right in believing that there has always been corruption, but since the early 1990s corrupt states have often mutated into kleptocracies. Ruling families and the narrow coteries around them have taken a larger and larger share of the economic cake.

In Syria since the turn of the century, for instance, the rural population and the urban poor no longer enjoyed the limited benefits they had previously received under an equally harsh but more egalitarian regime. By 2011, President Bashar al-Assad’s first cousin Rami Makhlouf was reported to be a dominant player in 60 per cent of the Syrian economy and to have a personal worth of $5 billion.

In Iraq earlier this year, a financial specialist, who wished to remain anonymous, said that the government of prime minister Haider al-Abadi held files on corrupt individuals, including “one politician who has amassed a fortune of $6 billion through corrupt dealings.”

The danger of citing extreme examples of corruption from exotic and war-ravaged countries like Iraq, Afghanistan and Syria is that these may sound like events happening on another planet. But the political and economic systems in Iraq and Afghanistan were devised under the tutelage of the US and allies like Britain. They were proponents of free market economics which in the West may increase inequality and benefit the wealthy, but in Kabul and Baghdad were a license to steal by anybody with power.

Neo-liberal economists have a lot to answer for. A few days after Isis had captured Mosul in June 2014, I was in Baghdad and asked a recently retired four-star Iraqi general why the much larger and better-equipped Iraqi army had been defeated so swiftly and humiliatingly. He replied that the explanation was: “Corruption! Corruption! Corruption!”

He added that this was pervasive and had begun when the US was building a new Iraqi military after the overthrow of Saddam Hussein in 2003, when the American commanders had insisted on out-sourcing food and other supplies to private contractors. These businessmen and the army officers soon determined that, if the Iraqi government was paying money to feed and equip a battalion of 600 men, but its real strength was only 150, they could pocket the difference. So profitable was this arrangement that by 2014 all officers’ jobs were for sale and it cost $200,000 to become a colonel and up to $2m a general in charge of a division.

Blatant corruption at the top in Kabul and Baghdad has been frequently reported over the years, though nothing much seems to change. But it is a mistake to imagine that this was simply the outcome of a culture of corruption specific to Afghanistan and Iraq. The most corrupt ministers were appointed and the most crooked contracts signed at a time when US officials were the real decision-makers in Baghdad.

For example, the entire military procurement budget of $1.2 billion was effectively stolen in 2004/5 when the Defence Ministry was substantially under US control, raising questions of the competence, or even collusion, of the US authorities.

The situation has got worse, not better. “I feared seven or eight years ago that Iraq would become like Nigeria,” said one former minister in 2013, “but in fact it is far worse.”

He cited as evidence a $1.3bn contract signed by a minister with one foreign company that had only a nominal existence – and a second company that was bankrupt. This took place in a country in which one third of the labour force is unemployed, and, if the underemployed are taken into account, the figure rises to over half.

The use of offshore financial centres by the moneyed elite in the oil states and much of the rest of the world is not always to avoid taxes which they would not pay if they kept the money at home, but in some cases to conceal what they have stolen and later to legally launder it.

Some of this can be done by buying property in places like Baghdad, which explains why property prices in that dangerous city are as high as London. But it is safer and better to buy property in London itself, something that will ultimately require the services of a company like Mossack Fonseca – though these services will be far removed from the original toxic source of the investment.

The Panama Papers give insight into the names and mechanisms through which globalised elites hide their wealth and avoid paying tax on it. Commentators now predict that popular disgust with political establishments will benefit radical leaders like Bernie Sanders in the US and Jeremy Corbyn in the UK.

What they do not see is that the way in which the detachment of interests of elites from the countries they rule has already produced states that have failed or are failing, or are wracked by conflict and war.