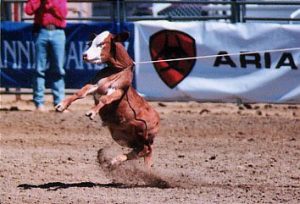 19 Apr 2016 – In a recent op-ed (Karma tastes delicious in America’s new, humane economy, Washington Post, April 15, 2016), Kathleen Parker lauds what she sees as “a revolution…in the ever-more-dignified animal kingdom.” For Parker, evidence of the revolution is clear: From SeaWorld’s ban on orca breeding, to Armani’s discontinuation of fur-use in products, to Walmart’s promise of “cage-free” egg production by 2025, a “sweeping evolution” is taking place throughout America’s economy. This r/evolution is happening in corporate boardrooms across the country, Parker says, because executives understand that “humane treatment of animals and good business practices are not mutually exclusive.”

The only problem with Parker’s claim is that big business doesn’t give a damn about the plight of animals except where there is money to be made or preserved. The so-called Humane Economy is anything but. Like the criminal who abstains from violence based solely on the fear of being caught and punished, business executives implement “humane” practices in food production and entertainment industries only after having their hands forced, once their corporate balance sheets or forecasts are impacted by gruesome exposés on their practices.

See, even if a CEO finds within himself a newfound respect for animals, his compassion is only as good as its effect on the company’s bottom line. As soon as consumer tastes change, activism quiets, or competition eliminates the already razor-thin corporate margin, animal torture and exploitation will once again continue unabated. In fact, it would have to under any of these circumstances. CEOs and other corporate officers have a fiduciary obligation to maximize shareholder value. If necessary, on the backs of animals. What these tweaks to the production process represent is corporate America’s realization that there are unrealized profits (or more likely, losses to be stemmed) in the bourgeois, upper-middle class, feel-good Humane Economy. To get a sense of how disingenuous the reforms are, consider that we still must give many of the companies vast amounts of time to “phase out” their exploitative practices. 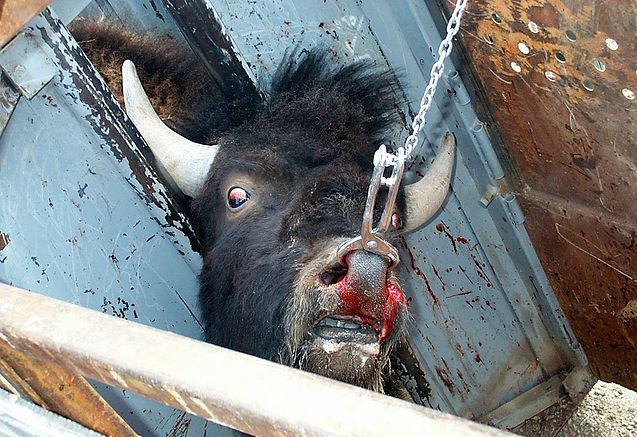 Unlike racism, sexism, and many other historical forms of discrimination which have now become more structural than overt — speciesism endures as a bold and proud American tradition. Americans shamelessly consume animal flesh and byproduct three meals a day, watch animals in “performances” which require tortuous training, and gun down (often incapacitated) animals for sport, all without a second thought. Not one iota of consideration goes into the deplorable conditions in which animals suffer so that consumer tastes may be satisfied. So it should come as no surprise that there are companies willing to satisfy the grotesqueness. 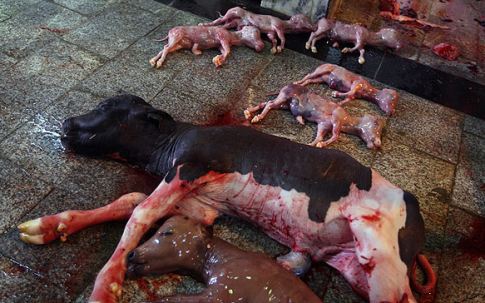 Capitalism enables this depravity. The consumer’s product is conveniently divorced from its complex production process, essentially giving the finished commodity a fictitious life of its own. This commodity fetishism, to borrow one of Karl Marx’s terms, is part and parcel of today’s global economy. The final consumer good on one’s plate or draped on one’s back must be completely disconnected from the production process that’s brought it there, especially in the case of animal goods. The alienation process is a necessary smokescreen for barbaric animal agriculturalists. But consumers play a willing role as well. “I don’t want to know” has become an all-too-common refrain at dinner tables everywhere. 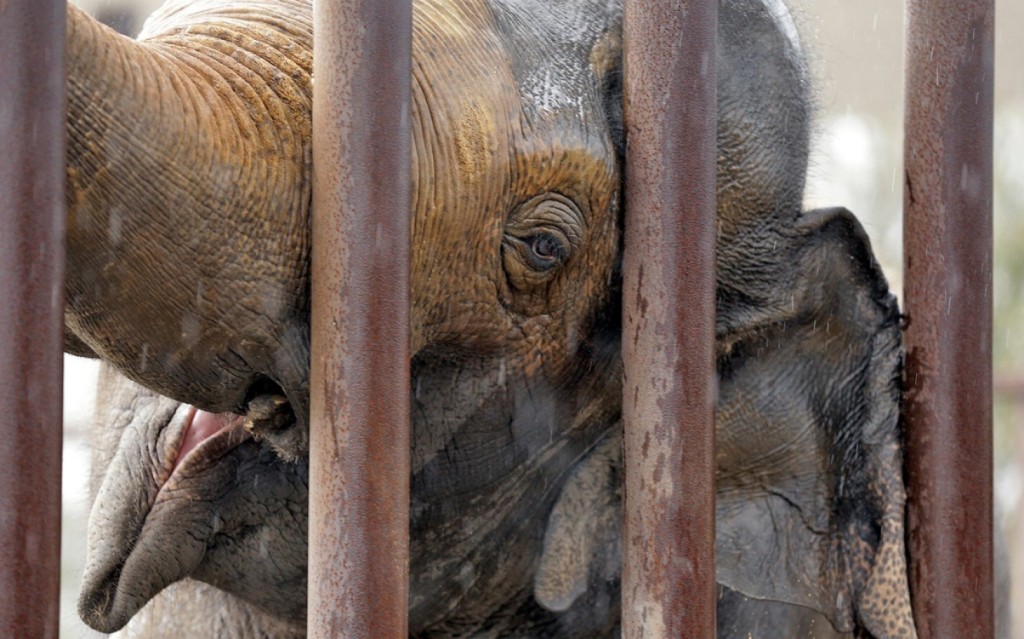 As usual, the state lags even further behind on animal issues. While corporate reformists can at least feign concern for animals with their soft reforms, the state continues to provide them with a lucrative safety net built into the law. Although animal cruelty statutes are now commonplace, they will remain largely meaningless so long as animals are classified as chattel property. Prosecution for animal cruelty requires violence so wanton and gratuitous that the assailant can come up with no legitimate reason why he “used his property” in the fashion alleged. Otherwise, a 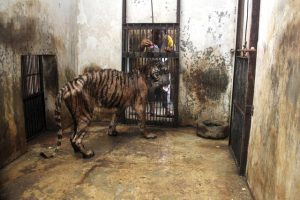 balancing test between the human and animal interests at play is generally applied. And it doesn’t take much to tip the scales in favor of the human. The result under our current animal-as-property regime is a foregone conclusion where the animal’s life and death interest interferes with a company’s stock price. How could it be any other way when one of the parties involved is mere property?

While we should never diminish actual improvements in the lives of earth’s most exploited beings, we should label these slow-drip Humane Economy reforms appropriately. They are too slow and not radical enough. Real progress will strike at the root of the problem — animals’ legal classification as property.

Chad Nelson is senior editor at the Center for a Stateless Society. He’s an attorney based out of Providence, Rhode Island and a Fellow at C4SS. He considers himself one of the world’s biggest Pearl Jam fans despite their blind obedience to the Obama administration. Follow him on Twitter @cnels43.