A Pox on the House of Nuclear Weapons

In effect, the nuclear ban treaty will put a curse on nuclear weapons. 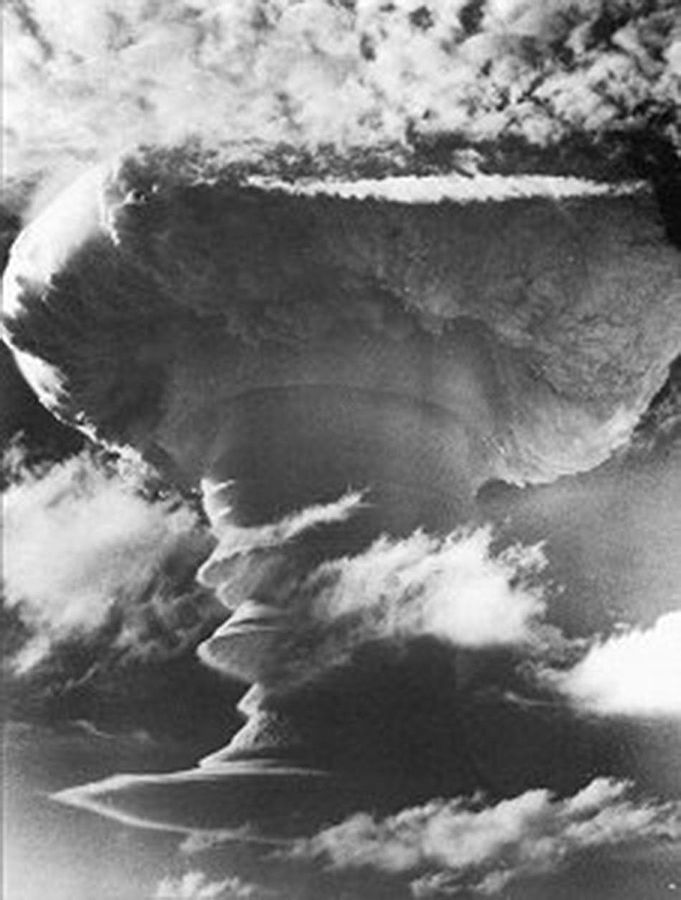 23 May 2016 – Do you long for the day when states in possession of nuclear weapons divest themselves of these nefarious instruments of the devil? You have no doubt grown tired of waiting for the Comprehensive Test Ban Treaty and the Fissile Material Cutoff Treaty. Like movies bogged down in development, they are projects forever waiting to be greenlit.

When and if they are finally ratified, arms control treaties, like nonproliferation, are essentially mechanisms to reserve and preserve nuclear weapons for nuclear powers only. Even those in the arms control world with a soft spot for disarmament have given it up as unrealistic. But a growing movement is seeking to forge a treaty that sets the stage for disarmament. Counterintuitively, but, of necessity, the Humanitarian Initiative, or, as it’s more commonly known, the nuclear ban treaty, excludes the nuclear weapons states.

Its origins lie in the 2010 Review Conference for the nuclear Non-Proliferation Treaty, at which the assembled states signed off on a statement reaffirming the catastrophic nature of nuclear war and calling on all states to comply with international humanitarian law by avoiding the use of nuclear weapons. The statement was expanded on in the 2012 and 2015 review conferences. Conferences specifically on the humanitarian impact of nuclear weapons were held in Oslo in 2013, and Nayarit (Mexico) and Vienna in 2014.

At Vienna, the Austrian Government actually pledged to cooperate with states, legislators, and organizations such as the International Red Cross and Red Crescent in the initiative to stigmatize nuclear weapons by declaring them illegal in hopes of ultimately eliminating them. 127 non-nuclear weapon states have endorsed the pledge.

The most recent meeting on the ban treaty was the United Nations General Assembly Open-ended Working Group (OEWG) held in Geneva earlier this month for eight days. Attendee Nick Ritchie of the University of York prepared a paper on the OEWG. He clarifies the point about proliferation which we made above.

The threat to peace and security is not nuclear proliferation (which is a term that confines danger to the acquisition of nuclear weapons by additional states), the threat is the existence of the weapons themselves irrespective of who has them.

As for “the delegitimation of nuclear weapons,” it:

… shifts the direction of disarmament diplomacy away from an exclusive focus on trying to change the policies of the nuclear armed states. It moves it towards changing the normative international environment in which nuclear weapons and nuclear-armed states are embedded.

In other words, “It shifts the centre of power in disarmament diplomacy away from the agency of nuclear-armed states, their relationships with each other, and their capacities to resist.” Instead,

… it empowers a much broader community of states to change the international social structure of nuclear legitimacy and illegitimacy, and the relationship between nuclear-armed and non-nuclear armed states.

In his blog Forget the Rest, attendee Greg Mello, the executive director of the Los Alamos Study Group, describes how including nuclear weapons states would sabotage the whole enterprise.

Some states and some NGOs want to harness the OEWG to provide support for disarmament “approaches” (using that word loosely) which require good faith involvement of the nuclear weapon states (NWSs).

Those approaches will not work because the NWSs do not want to disarm. They first have to be made to want to disarm, by a sufficient combination of forces they cannot control.

In Reaching Critical Will’s newsletter, Mello explains how the treaty would work:

The reality of a ban treaty would occasion a massive breakthrough in the world’s awareness of nuclear weapons. It would reconfirm and strengthen humanity’s negative valence toward these instruments of mass murder, releasing into consciousness and politics the pent-up frustration and animus against these weapons that many people, including political and opinion leaders, have carried their whole lives.

A ban treaty imposes nothing on anybody, but demands, through its undeniable political and legal reality, that everyone re-evaluate and re-conceptualize nuclear weapons.

Ritchie, too, explains how simple a ban treaty can make the nuclear weapons question:

Nuclear weapons become a collective international liability rather than an individual national asset.