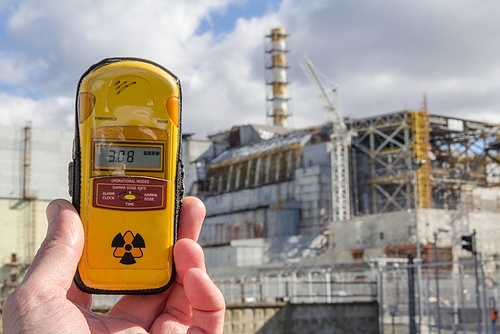 Here’s the big push: PM Abe committed to the 2020 Tokyo Olympics, which shall be a crowning achievement in the face of the Fukushima disaster. Hence, all stops are pulled to repopulate Fukushima Prefecture, especially with Olympic events held within Fukushima, where foodstuff will originate for Olympic attendees.

The Abe government is desperately trying to clean up and repopulate as if nothing happened, whereas Chernobyl (1986) determined at the outset it was an impossible task, a lost cause, declaring a 1,000 square mile no-habitation zone, resettling 350,000 people. It’ll take centuries for the land to return to normal.

Still and all, is it really truly possible to cleanse the Fukushima countryside?

Already, workers have accumulated enough one-ton black bags filled with irradiated soil and debris to stretch from Tokyo to LA. But, that only accounts for about one-half of the job yet to be done. Still, in the face of this commendable herculean effort, analysis of decontamination reveals serious missteps and problems.

Even though the Abe government is encouraging evacuees to move back into villages, towns, and cities of Fukushima Prefecture, Greenpeace nuclear campaigner Heinz Smital claims, in a video – Fukushima: Living with Disaster d/d March 2016: “Radiation is so high here that nobody will be able to live here in the coming years.”

Greenpeace has experts on the ground in Fukushima Prefecture March 2016, testing radiation levels. The numbers do not look good at all. Still, at the insistence of the Abe government, people are moving back into partially contaminated areas. In such a case, and assuming Greenpeace is straightforward, it’s a fair statement that if the Abe government can’t do a better job, then something or somebody needs to change. The Olympics are coming. 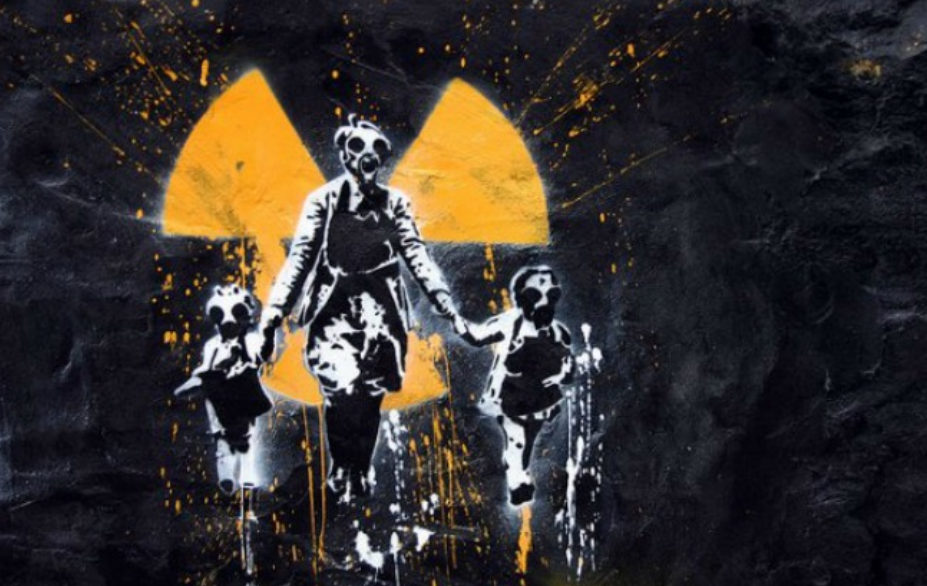 The Greenpeace report of March 4, 2016: Radiation Reloaded – Impacts of the Fukushima Daiichi Nuclear Accident 5 Years Later, exposes deeply flawed assumptions by the IAEA and the Abe government in terms of both decontamination and ecosystem risks.

Ever since March 2011, for over 5 years now, Greenpeace has conducted 25 radiological investigations in Fukushima Prefecture, concluding that five years after the Fukushima nuclear accident, it remains clear that the environmental consequences are complex and extensive and hazardous.

For example, in the Village of Iitate, 40 kilometers northwest of the Daiichi nuclear plant, Toru Anzai, an evacuee of Iitate, is told decontamination work on his plot of land nearly complete, and he is to rehabitate in 2017. However, Toru has personal doubts about governmental claims. As it happens, Greenpeace tests show abnormally high levels of radiation where decontamination work is already complete.

“Here we have around 0.8 microsieverts (μSv) per hour,” Heinz Smital, nuclear campaigner Greenpeace, “0.23 was the government target for decontamination work.” An adjoining space registers 1.5-2.0 μSv sometimes up to 3.5 μSv. “This is not the kind of count where you can say things are back to normal.”

Throughout the prefecture, decontamination is only partially carried out. For example, decontamination is confined within a 20-meter radius of private plots and along the roads as well as on farmland, leaving vast swaths of hills, valleys, riverbanks, streams, forests, and mountains untouched. Over time, radiation contamination runoff will re-contaminate many previously decontaminated areas.

Alarmingly, Greenpeace found large caches of hidden buried toxic black bags. Over time, it is likely the bags will rot away with radioactivity seeping into groundwater.

The government officially informed Miyoko Watanable, an evacuee of Miyakochi, of “radiation eradicated” from her home. But, she says, “I don’t plan to live here again.” Greenpeace confirmed her instincts: “Although work has only recently finished here, we find counts of 1-to-2 μSv per hour… That’s not a satisfactory for the people here in this contaminated area” (Heinz Smital).

Once an area is officially declared “decontaminated,” disaster relief payments for citizens like Miyoko Watanable stop. The government is off the hook.

Without a doubt, the government of Japan is confronted with an extraordinarily difficult challenge, and it may seem unbecoming to ridicule or find fault with the Abe administration in the face of such unprecedented circumstances. But, the issue is much bigger than the weird antics of the Abe government, which passed an absolutely insane secrecy law providing for 10 years in prison to anybody who breathes a secret, undefined.

Rather, whether nuclear power is truly safe is a worldwide issue. In that regard, the nuclear industry has an unfair PR advantage because of the latency effect of radiation. In general, the latency period for cancers is 5-6 years before statistically discernible numbers. People forget.

Consequently, it is important to reflect on key facts:

In a 2014 RT interview, Katsutaka Idogawa, former mayor of Futaba in Fukushima Prefecture, said: “It’s a real shame that the authorities hide the truth from the whole world, from the UN. We need to admit that actually many people are dying. We are not allowed to say that, but TEPCO employees also are dying. But they keep mum about it.”

Theodore Holcomb (38), an aviation mechanic, died from radiation complications, and according to Charles Bonner, attorney for the sailors, at least three sailors have now died from mysterious illnesses (Third US Navy Sailor Dies After Being Exposed to Fukushima Radiation, Natural News, August 24, 2015.) Among the plaintiffs is a sailor who was pregnant during the mission. Her baby was born with multiple genetic mutations. 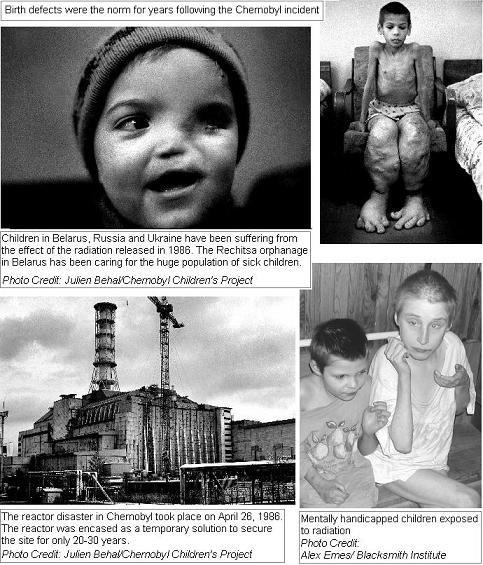 Reflecting on 30 years ago, Adi Roche, chief executive of Chernobyl Children International, care for 25,000 children so far, says (2014): “The impact of Chernobyl is still very real and very present to the children who must live in an environment poisoned with radioactivity.”

“Children rocking back and forth for hours on end, hitting their heads against walls, grinding their teeth, scraping their faces and putting their hands down their throats… This is what I witnessed when I volunteered at Vesnova Children’s Mental Asylum in Belarus (February 2014),” How my Trip to a Children’s Mental Asylum in Belarus Made me Proud to be Irish, the journal.ie. March 18, 2014 (Cliodhna Russell). Belarus has over 300 institutions like this hidden deep in the backwoods.

Chernobyl is filled with tear-jerking, heart-wrenching stories of deformed, crippled, misshaped, and countless dead because of radiation sickness. It’s enough to turn one’s stomach in the face of any and all apologists for nuclear power.

According to Naoto Kan, Japanese PM 2010-11 during the Fukushima Daiichi Nuclear Power Plant meltdown: “For the good of humanity it is absolutely necessary to shut down all nuclear power plants. That is my firm belief” (source: Greenpeace video, March 2016).

Over 60 nuclear reactors are currently under construction in 15 countries. China has 400 nuclear power plants on the drawing boards. Russia plans mini-nuclear floating power plants to power oil drill rigs in the Arctic by 2020. Honestly!