Calouste Gulbenkian served as midwife of sorts to not only Iraq, but also to the world’s major oil corporations.

16 May 2016 – May 16 marks the 100-year anniversary of the Sykes-Picot Treaty, a secret agreement between Britain and France during World War I to carve up the domains of the Ottoman Empire upon its defeat.

In commemorating this event, blame has been heaped upon the architects of the treaty, British diplomat Mark Sykes and French diplomat Francois Georges-Picot, for drawing up the “artificial” borders of the Middle East, Iraq in particular.

While significant attention is given to Sykes and Picot, Mr Five Percent, the nickname of the oil broker Calouste Gulbenkian, certainly deserves attention a century later. Gulbenkian served as a midwife of sorts to not only Iraq, but also to the birth of the world’s major oil corporations. 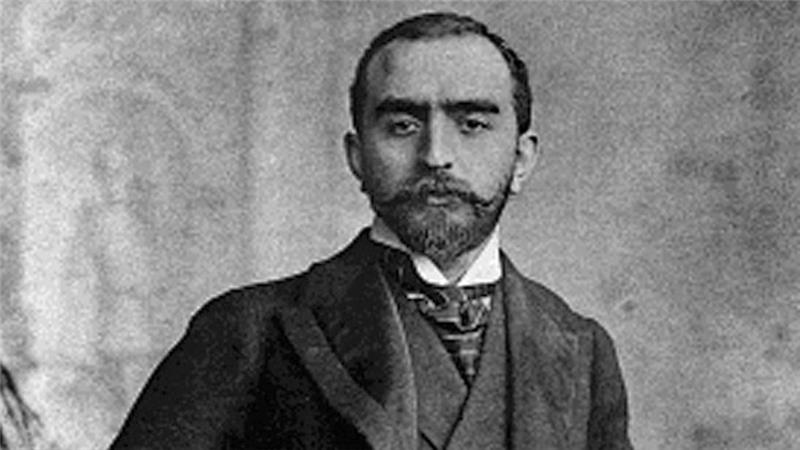 Gulbenkian was born in 1869 to an Armenian family in Uskudar, a district on the Asian side of Istanbul. He studied engineering at King’s College London, and in 1887 went to Baku, then part of the Russian empire.

This hub of the burgeoning oil industry was where illustrious families such as the Nobels, of Nobel-prize fame, and bankers such as the Rothschilds increased their fortunes.

It was also where a Georgian, Ioseb Jughashvili, remembered today as Joseph Stalin, began his revolutionary career among the workers in the oil industry.

As a result of Gulbenkian’s sojourn in Baku he wrote articles about petroleum that garnered the interest of Ottoman officials. Employed in their service, he located several areas within the Empire that could contain oil reserves.

European companies approached Gulbenkian due to his technical skills, cultural knowledge of the Empire, and his connections with important Ottoman officials.

There was no official title for his role. Gulbenkian was essentially the world’s first oil fixer, broker, and deal-maker, although he would have objected to all of these terms, preferring to see himself as an “architect” of petroleum arrangements. 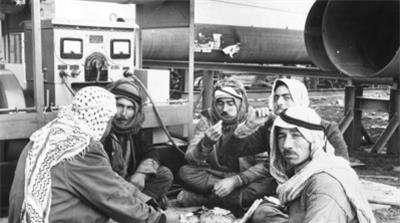 In 1912, Gulbenkian brokered an international consortium known as the Turkish Petroleum Company (TPC), to explore and exploit oil resources in the Ottoman Empire. Despite its name, the Turkish role in this arrangement was minimal.

As a result of brokering the TPC, Gulbenkian was granted a 5 percent non-voting share in the company, hence his nickname. Another major oil group Royal Dutch Shell (today’s Shell) owned 22.5 percent of TPC shares.

However, when the Ottomans sided with Germany during World War I, Britain had essentially invested heavily in an oil company situated in enemy territory.

There was no official title for his role. Gulbenkian was essentially the world’s first oil fixer, broker, and deal-maker,

The secret Sykes-Picot agreement between Britain and France allocated the Baghdad and Basra provinces of the Ottoman Empire to British.

Basra, in today’s south of Iraq, was the site of potential oil fields that could be exploited in the future. Sykes-Picot was essentially a rough draft of imperial control in the Middle East.

This Treaty did not set up the creation of the borders of Iraq as we know it today. Those borders would come into shape a result of more treaties after World War I, nevermind the fact that the border between Iraq and Iran was established as a result of centuries of warfare when Iraq was the frontier of the Ottoman Empire.

What would become Iraq was not an artificial cultural entity. Centuries of shared geography in the territory between the Euphrates and Tigris had already forged interaction among Shias, Sunnis, and Kurds that would make up Iraq’s citizens.

Rather on focusing on artificiality of borders, it is the intentions behind the creation of Iraq that have to be questioned. Were the British officials who augured in the Mandate of Iraq creating a viable a state, or an oil company with borders?

A fair share all of the Ottoman Empire’s oil was primarily in its provinces of Mosul, Baghdad, and Basra, and those provinces were amalgamated into the British-controlled Iraq Mandate.

It would be simplistic to attribute that oil was the primary factor in the British creation of the Iraq Mandate, considering that it was known that petroleum seeped out of the ground in Kirkuk and Basra, but the first oil fields wells were not operational until the late 1920s.

Rather the British sought to create an Iraqi state that was viable enough to check Turkish and Iranian hegemony in the region, yet not strong enough to impose its hegemony on the Arab world.

Nevertheless, the creation of a single Iraqi Mandate did make it easier for the TPC’s successor, the rebranded Iraq Petroleum Company (IPC) to exploit the oil fields from Kirkuk in the north to Basra in the south within a single political entity.

APOC’s shares in the new IPC were reduced to 23.75 percent, as the British had to make room in the company for Compagnie Francaise des Petroles (today’s Total), in exchange for France relinquishing the area around Mosul that it was promised in the Sykes-Picot Treaty.

Gulbenkian might be remembered unfavourably in Iraq for acquiring his wealth from Iraq’s natural resources, but I could have never imagined back then that Saddam Hussein would be overthrown, only to be replaced by corrupt Iraqi politicians.

It was this area that included the lucrative fields around Kirkuk. The IPC that Gulbenkian created thus allowed a way for France to acquiesce to British control over the Iraq we know today.

Gulbenkian remained the paramount figure in the new company, still controlling 5 percent of its shares. By his death in 1955, Mr Five Percent had a net worth of $840 million.

As for the IPC, the government and people in Iraq had little control over it or the riches it produced, giving rise to resource nationalism in Iraq that lingers on this day.

For example, while I was conducting research on Iraq’s oil history during my doctorate at Oxford University, I usually worked in the student study hall, named the Gulbenkian Reading Room.

I assumed it had been endowed by the Gulbenkian family, which in turn had been financed by oil proceeds from my native Iraq, which made me feel entitled to sneak the various newspapers from the Room back to my apartment where I could read them at my leisure.

I returned the newspapers back to the Reading Room after 70 minutes, since that was five percent of a day. It was my cheeky way of allowing Calouste a chance to pay me back.

That was in the year 2000. Gulbenkian might be remembered unfavourably in Iraq for acquiring his wealth from Iraq’s natural resources, but I could have never imagined back then that Saddam Hussein would be overthrown, only to be replaced by corrupt Iraqi politicians.

Iraq’s problems today are not as a result of Sykes-Picot or Gulbenkian. Rather it stems from a multitude of of Mr. Five Percents in control of the country.

Ibrahim al-Marashi is an assistant professor at the Department of History, California State University, San Marcos. He is the co-author of Iraq’s Armed Forces: An Analytical History.