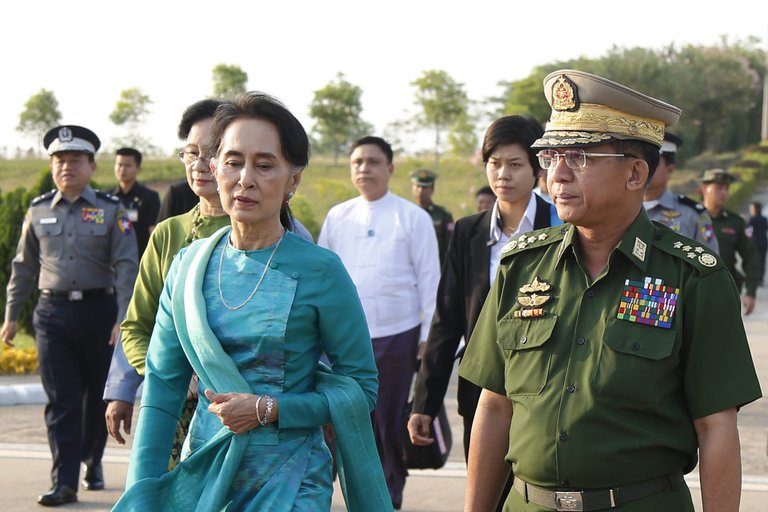 9 May 2016 – The Rohingya are a Muslim minority in predominantly Buddhist Myanmar that has been systematically denied the most elemental rights: citizenship, freedom of worship, education, marriage and travel. Tens of thousands of the Rohingya were driven from their homes by violence in 2012; last year many tried to flee persecution and deprivation in desperate sea voyages.

Daw Aung San Suu Kyi — Myanmar’s leader and Nobel Peace Prize laureate — does not want to call them Rohingya, the name they use, because nationalist Buddhists want to perpetuate the myth that they are “Bengalis” who don’t belong in Myanmar. She has also asked the United States ambassador not to use the term. Her advice is wrong and deeply disappointing. The Rohingya are every bit as Burmese as she is.

There are many possible reasons Ms. Aung San Suu Kyi — whose 15 years under house arrest made her one of the world’s best known and most respected political prisoners — might be reluctant to publicly embrace the Rohingya cause. It has been barely a month since she became leader of Myanmar’s first democratically elected government since 1962, with the title of state counselor, and she no doubt fears antagonizing the Buddhist nationalists who angrily demonstrated outside the United States Embassy in late April after the embassy referred to the “Rohingya community” in a letter of condolence for Rohingya victims of a boat sinking.

Ms. Aung San Suu Kyi may fear that publicly calling these people by their name would upset the national reconciliation process, as a Foreign Ministry official said, or worse: that it would rekindle the terrible violence that erupted in 2012 between *Buddhists and Rohingya Muslims in western Rakhine State.

There is no question that Rakhine State, one of the poorest in Myanmar, is a complex tinderbox of sectarian resentments that requires the most cautious of political approaches. But these simply cannot be based on a perpetuation of the systematic persecution and marginalization of the Rohingya in Myanmar’s social and political life. They certainly cannot be based on denying the Rohingya even their name.

In the end, the reason Ms. Aung San Suu Kyi doesn’t want the Americans to say “Rohingya” doesn’t really matter. What matters is that a woman whose name has been synonymous with human rights for a generation, a woman who showed unflinching courage in the face of despotism, has continued an utterly unacceptable policy of the military rulers she succeeded.

Ms. Aung San Suu Kyi would be wise to reconsider her stance immediately. Her halo has been a central factor in Myanmar’s reacceptance into the world community after decades of ostracism, but already there are calls by human rights groups in the United States for President Obama to renew sanctions against the country before they expire on May 20.