Rebuilding the EU or Breaking Free from It?

The powers that be continue to defend ferociously a Frankenstein-like creation, a playground for financial vultures. 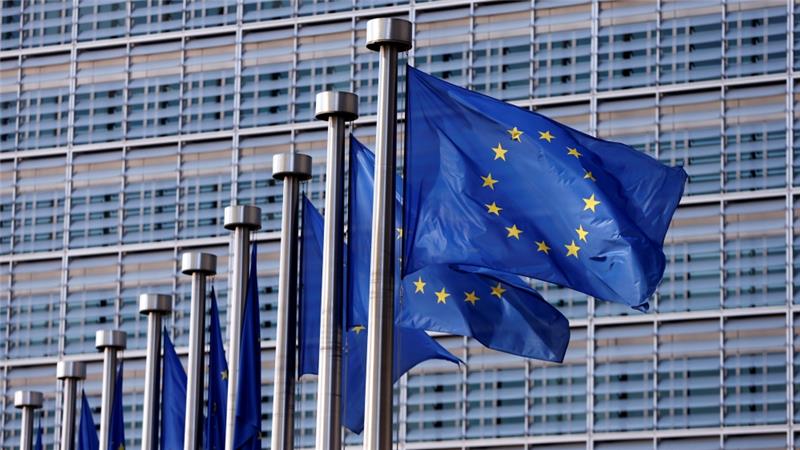 29 Apr 2016 – The European debt crisis of 2010, which still has many peripheral nations in its grip and has led to what appears to be a permanent state of fiscal austerity, has exposed to the world the highly flawed and dangerous architecture of the European Monetary Union and the anti-democratic nature of European Union institutions.

Still, the powers that be continue to defend ferociously a Frankenstein’s monster-like creation, a playground for financial vultures, while progressive voices and otherwise critical Europeanists call for the rebuilding of Europe as they fear that, without reforms, the European integration project faces potential collapse, which will lead in turn to the resurgence of old national rivalries across the continent and social chaos inside many national formations.

This is the logic that gave rise to DIEM25, a pan-European movement founded by former Greek Finance Minister Yanis Varoufakis, and somewhat similar concerns seem to be guiding the undertaking of an international conference entitled The Future of Europe, held on April 26-27 in the city of Thessaloniki, Greece, with former German Finance Minister Oskar Lafontaine as a keynote speaker.

The future of democracy

However, for those who are truly concerned about the future of democracy, labour rights, and national sovereignty, the critical question should not be how to rebuild the EU, but how to break free from it.

Following the end of World War II, certain visionary leaders in France and Germany were determined to create structures and institutions beyond the nation-state to ensure that Europeans would put an end to their favourite practice of sorting out their national differences by engaging in bloody warfare.

The establishment of the European Economic Community evolved in time into something beyond a regional trade regime based on respect of democracy, national sovereignty and social rights…

This is why the European Economic Community was created by the Treaty of Rome of 1957. It had a noble undertaking, and one that managed to built solid alliances among historical enemies that have lasted longer than any other time in European history, although other factors, such as the Cold War, the founding of NATO, and the development of nuclear weapons played a significant role in the long period of peace  that ensued in Europe since the end of the war.

Be that as it may, the establishment of the European Economic Community evolved in time into something beyond a regional trade regime based on respect of democracy, national sovereignty and social rights: it was transformed into a corporate entity driven by a relentless desire to subjugate labour to the whims of global capital through the hijacking of the state by a global neoliberal elite and the transfer of actual political power from the demos to non-elected officials in Brussels and Frankfurt.

Under this imperial setting, the protection of the euro as a global currency is the chief objective of the European elite, while authoritarian neoliberalism reigns supreme and the politics of identity and multiculturalism have replaced universal values.

Today’s EU is a huge, bureaucratic labyrinth, a highly elitist and anti-democratic entity,  a gravedigger of labour rights and national sovereignty, with national citizens relegated to a status equal to that enjoyed by the subjects of ancient Rome.

This is why Euro elections generate the same enthusiasm among European citizenry as a football game played without spectators, and why the extreme right is gaining political ground and attaining increased legitimacy in virtually every European nation.

Indeed, the type of Europeanisation promoted by EU institutions and policymakers is completely alien to the vision of a social and democratic Europe, a process that has enormously affected the ability of national governments to address effectively the specific needs and problems facing their economies and societies.

As for the euro, the EU’s adoption of a single currency was consistent with the view of the creation of a single European market with a scaled-back state, based on the belief that less state “interference” paves the way to more efficient business operations and lower unit labour costs. It is not a belief that promotes sustainable development or well-functioning and decent societies.

With the adoption of a single currency, the space for national economic policymaking was severely restrained  – and completely eliminated for those member states under bailout programmes.

In the absence of a federal government to attend to issues of unemployment and convergence, austerity became, almost by default, an integral component of European political economy, providing a perfect match to labour flexibility and other anti-social reform measures – privatisation, the commodification of health and education, pension reform – all of which are geared towards the complete marketisation of society.

Rebuilding the EU would be the equivalent of seeking to rebuild ancient Rome when its institutions had become clearly obsolete and a hindrance to social progress.

In light of how deficient and undemocratic the EU has become, the task for all progressive-minded forces should be how to break free from this Frankenstein’s monster-like creation, not how to rebuilt it.

Rebuilding the EU would be the equivalent of seeking to rebuild ancient Rome when its institutions had become clearly obsolete and a hindrance to social progress.

Breaking free from the EU implies making the nation-state the centre of all political action and bringing back the state as a vehicle of social and economic development. It also impies delinking from the euro as a common currency and restraining the power of global capital to run roughshod over labour.

Breaking free from the EU would not lead to the return of old, national rivalries and neither would it produce social chaos, as Europeanists like to claim, for the simple fact that the economic ties that bound will remain in place while war in today’s environment carries only liabilities.

Finally, breaking free from the EU will allow democracy to flourish and may even help to re-establish universal values at the core of European culture.

In sum, Europeans have nothing to lose and everything to gain by breaking free from EU’s neoliberal and anti-democratic regime. The only losers will be empire-builders and financial vultures.

Greece and the swansong of the nation-state

Could Greece become the Libya of Europe?

C J Polychroniou is a political economist/political scientist who has taught and worked for many years in universities and research centres in Europe and the United States.