Refugee Crisis: When Is a Tragedy a Massacre?

The EU is simply determined not to be a destination for refugees. 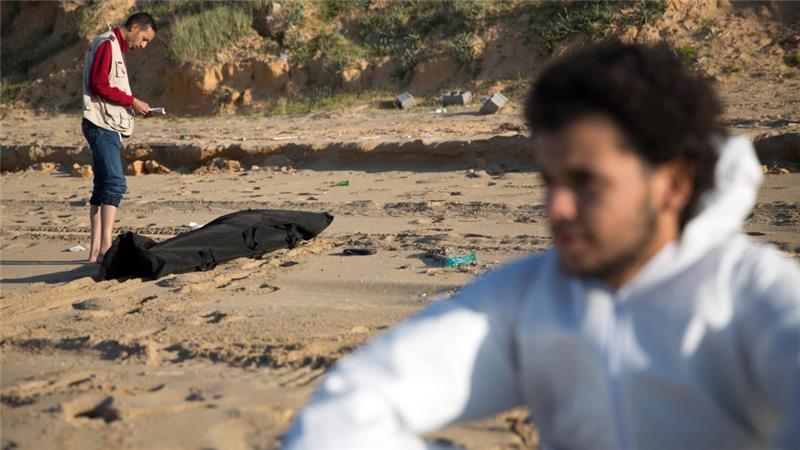 With illegal pushbacks, brutal detainment, and harassment at sea, the options for refugees are increasingly severe, writes Seymour [EPA]

28 Apr 2016 – The recent drowning of 500 refugees and migrants in the Mediterranean Sea was not only preventable, but arguably caused by policy. A policy known colloquially as “Fortress Europe”, designed to make the journey to Europe as difficult as possible for asylum seekers.

The European Union’s two-faced approach to human rights has rarely been so crudely apparent as in its treatment of refugees. Article 4 of the European Convention on Human Rights is unequivocal (PDF). “Collective expulsion of aliens is prohibited.” That is the full extent of the article. It is not qualified or mitigated in any way, so self-evident is the principle taken to be.

But mark the sequel. The first line of the recent agreement between the EU and Turkey, on the other hand, states that: “All new irregular migrants crossing from Turkey to the Greek islands as of 20 March 2016 will be returned to Turkey.” Only by the most strained linguistic tort is this not “collective expulsion”.

But this policy merely builds on what was already in place. According to the European Council of Refugees and Exiles, “illegal pushback” has always been a part of the strategy of “Fortress Europe”. But it is now a fully centralised, explicit plank of the EU’s anti-refugee policy.

Those refugees who do manage to pass into Europe are frequently subject to violence and extortion at the hands of authorities.

Governments claim, in their defence, to have great difficulty in handling the number of refugees. This is no doubt a popular claim, in light of years of moral panics around immigration, national security and Islam. But it is totally unfounded.

They are likely be held in what Amnesty calls “inhuman conditions” – whether in Lampedusa, where the island’s mayor compared the conditions for refugees to those of a concentration camp, or Bulgaria, where migrants live in fear of racist assault, or Calais, where authorities think nothing of demolishing the makeshift homes in which refugees are forced to live even if they have nowhere else to go.

Even the measures purportedly offered in a humanitarian spirit have a sting in their tail. After last year’s drownings, the EU member-states agreed to triple funding for Operation Triton.

This was widely represented as a search-and-rescue mission. In fact, as the BBC made clear, Operation Triton is a maritime patrol whose goal is to deflect migrant boats, thus “stemming the flow of African migrants”.

European leaders like to blame traffickers for the drownings at sea, and even threatened to “bomb” them last year. But they have themselves empowered the traffickers and created the conditions for catastrophes like this.

With illegal pushbacks, brutal detainment, and harassment at sea, the options for refugees are increasingly severe. They will be driven out if they arrive in Greece via the overland routes.

And so they risk sinking to their deaths in overpacked boats crossing from Libya to Italy, or from Morocco to Spain, while trying to evade Frontex patrols.

The result is that the number of deaths at sea in the Mediterranean has been rising for years, while decreasing in other parts of the world.

As the International Organization of Migration reported in 2014, the rising arc of deaths at sea is related to the ramping up of border controls (PDF). Citing Frontex figures, they show that as travel overland has declined in response to greater obstacles, the popularity of sea routes has increased.

Governments claim, in their defence, to have great difficulty in handling the number of refugees. This is no doubt a popular claim, in light of years of moral panics around immigration, national security and Islam. But it is totally unfounded.

In 2014, Sweden took the largest number of refugees relative to its population size, and it was still only 0.3 percent of its total population. Across the EU, the total number of irregular migrants varies between 0.38 percent and 0.77 percent of the population – and most of those arrive legally, by plane, and with a work visa. The EU is obsessed with controlling clandestine migration, despite the fact that it is a small trickle relative to total migration.

The numbers are not the issue. Political will is the issue. The EU is simply determined not to be a destination for refugees, and member-states are busy making political hay out of fearmongering.

The 500 who drowned earlier this month can be added to a total of more than 22,000 migrants who died trying to get to Europe since 2000. They wanted to cross the border to save their lives. Instead, the border killed them.

Who is ‘weaponising’ the Syrian refugees?

The dark side of the EU-Turkey refugee deal

Richard Seymour is an author and broadcaster based in London. He has written for The Guardian, the London Review of Books and many other publications.