SF Int’l Film Festival: The Return, about released prisoners, and other social dramas (or comedies)

This is the second of several articles on the recent San Francisco International Film Festival, April 21–May 5. Part 1 was posted May 11.

13 May 2016 – The increasingly dire conditions of life for masses of people are inevitably impressing themselves upon filmmakers. However, it remains a difficult task for the artist to discover the essential truth about those conditions and communicate them. In some cases, there is a lack of intellectual and historical preparedness––the artist is simply over his or her head. In others, complacency and social indifference play a role, allowing the filmmakers to avoid the crisis raging before their eyes. For the most part, unhappily, today’s artist fumbles around in the dark and hopes for the best.

In a number of the films screened at the festival, their creators were evidently overwhelmed by the disintegrating social structures in some of the most impoverished parts of the world. They tended either to prove themselves prostrate before the relentless misery (Thirst from Bulgaria), make a virtue out of necessity (Ayiti Mon Amour from Haiti) or, in the worst cases, offer “quirky” and cynical “dark” comedies (Very Big Shot from Lebanon).

This inability to tackle complex issues directly and honestly, while socially comprehensible, does not produce compelling work. What is evasive and secondary cannot genuinely satisfy contemporary audiences. Whether they are fully conscious of it or not, people are looking for films that help make sense of––and register a protest against––present realities. 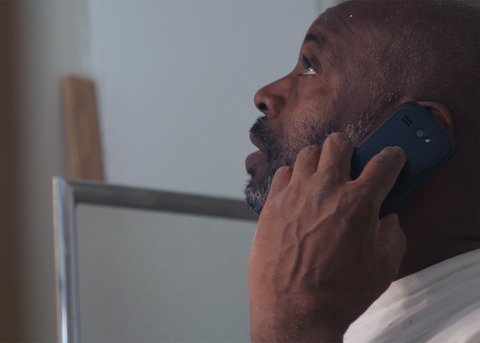 One exception is The Return, a compassionate documentary from Kelly Duane de la Vega and Katie Galloway, which deals with the victims of California’s “Three Strikes” law enacted in 1994, one of the harshest criminal policies in the country. The law mandated a sentence of at least 25 years to life for third-time offenders, including those who committed minor, non-violent felonies. In 2012, the passage of Proposition 36 in California marked the first time citizens voted to shorten the sentences of the incarcerated. Overnight, thousands of lifers became eligible for release.

The US incarcerates more people than any country in the world. According to a 2013 report by The Sentencing Project, the number of prisoners serving life sentences without the possibility of parole in the US has increased by some 22 percent since 2008. Since 1984, the number of prisoners jailed for life has quadrupled despite a steady decline in crime rates. Some 10,000 of those serving life sentences have been convicted of nonviolent offenses.

The Three Strikes Project (now the Stanford Justice Advocacy Project), founded and directed by attorney Michael Romano, assists in the release of prisoners and their reintegration into their communities. Romano is featured prominently in The Return, as are two of his clients, Kenneth Anderson and Kevin Bilal Chatman. 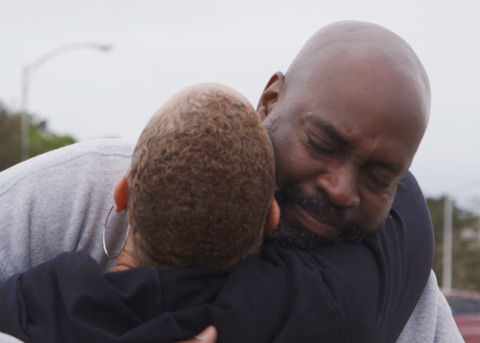 The Duane de la Vega-Galloway film opens with the reading of a heart-breaking letter written to California authorities by the 24-year-old daughter of Kenneth Anderson, who was sentenced to life in prison for a non-violent drug offence.

Anderson, who was released in March 2013 after serving 14 years, later tells the camera that there were “times that I thought I wasn’t going to make it.” A sympathetic, sensitive man, he has extraordinary support from his ex-wife Monica Grier, his four adult children and their families. Monica, who worked two jobs to make ends meet, describes phone conversations with Kenneth while he was in prison during which she would hear terrible screams in the background.

Upon returning home and after months of searching for work, Kenneth finally obtains a minimum-wage job that requires him to travel two hours each way to his work. Not surprisingly, he is fired after five months.

Romano says that almost all his clients have histories of severe trauma in prison and need professional help. He caustically comments that the “solution to poverty and addiction was to put them in prison for the rest of their lives.” They are “reacclimatized to prison and prisons are torture … We are creating a class of people who can’t get out of prison.” Kenneth’s wife Monica asks, “How many people go to jail and come back different?”

Kenneth currently lives in a re-entry home in Southern California.

Kevin Bilal Chatman, whose ill mother is a retired nurse, attended high school and junior college in San Jose, California, subsequently working in the logistics field. He lost his job in the recession of the 1980s. Bilal received a 150 years-to-life sentence for selling $200 worth of drugs to an undercover police officer. Incarcerated in San Quentin State Prison for nearly 11 years, he returned to San Jose and is doing well.

The Return also briefly refers to the case of Lester Wallace, who was arrested within hours of “Three Strikes” being signed into law and was sentenced to 25 years to life for attempting to steal a car radio. He was one of the first victims of the draconian legislation.

The documentary points out that since Prop 36 passed, 2,100 so-called Three Strikers have been released. Their recidivism rate is under 9 percent––far below the national average. Bilal points to a factor: “The worst day out here is better than the best day in jail.”

The movie’s postscript notes that: “It is estimated that the reform will save California nearly $1.3 billion over the next 10 years.” Clearly, sections of the establishment are behind the change in the “Three Strikes” policy on cost-saving grounds.

Thirst from Bulgaria is Svetla Tsotsorkova’s first feature film. Set in countryside gripped by a drought, the film’s landscape is not the only thing parched. 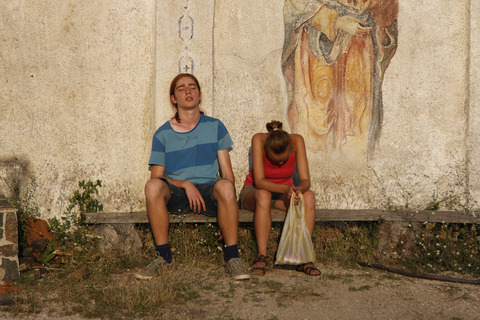 A family, consisting of husband, wife and son, washes laundry for nearby hotels. With no water, their meager income is threatened. Desperate, they hire a man and his mischievous daughter, who claim to be able to locate water underground with a divining rod.

“Every living thing runs away [from the dry, miserable conditions],” says one of the characters. The imagery and drama are clear enough. “Every living thing” is thirsty here: for rain, for money, for love. And, unhappily, the viewer grows thirsty too––for perspective and context.

The filmmaker provides a too narrow, “up-close” view of a harsh situation that demands more explanation.

Bulgaria is the poorest nation in the European Union. Some 40 percent of its children do not have enough to eat. Bulgaria ranks 144th out of 156 countries on the United Nations World Happiness Index. The gap between rich and poor is one of the widest in the world.

But Bulgaria’s population is not the walking dead. In 2009 and 2013, large demonstrations against poverty and a sharp increase in energy prices forced governments to resign. Unfortunately, the organizers of the protests were opportunist, petty bourgeois elements seeking a share of the spoils and the movement was thwarted.

A sustained wave of suicide by public immolation that began in 2013 was indicative of the depth of the social tragedy. Since the collapse of the Stalinist regime in 1990, Bulgaria has lost over 12 percent of its population. Its brutal, unlivable conditions did not mysteriously fall from the sky.

At the center of Iranian filmmaker Rokhsareh Ghaem Maghami’s documentary, Sonita, is teenager and aspiring rapper Sonita Alizadeh, who is an undocumented Afghan refugee living in Tehran, Iran. Her poor family is pressuring her to return to Afghanistan and be sold as a bride so her brother can afford to buy his own wife. (“Even an 80-year-old man can marry a 16 year-old girl.”)

Sonita grew up in Herat, Afghanistan. She and certain members of her family fled to Iran to escape the Taliban. In Tehran, Sonita worked cleaning bathrooms, taught herself to read and write and discovered the rap music of Iran’s Yas and American Eminem. Her song “Brides for Sale” catapulted her onto the music scene. Against considerable odds and with the help of the documentarians, Sonita made her way to the Unites States where she had won a scholarship to a school in Utah.

Sonita is talented, endearing and her story plucks at the heart strings. Unfortunately, Maghami deals with the medieval practice of bride-purchasing in Afghanistan as though it were simply a problem of tyrannical males. At the same time, she paints the US as a mecca of opportunity. Left unsaid is that the decades-long American military-CIA intervention and war against the population are largely responsible for the prominence of Islamic fundamentalism and the destruction of Afghan society. It is an omission that fatally mars the film.

Haitian-born filmmaker Guetty Felin’s Ayiti Mon Amour is a romantic, surreal homage to Haiti in the aftermath of the 2010 earthquake. 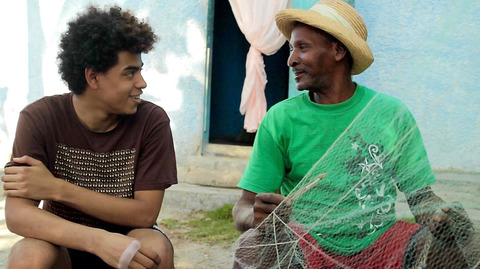 Beautiful under-sea images and a few stories about people on land have some charm, but do not add up to much: a writer with writer’s block, a fisherman who complains there are no fish, and a woman and her son who try to keep their heads above water. The seashore is strewn with clothing that has washed ashore, bringing to mind victims of sunken refugee boats. But is that the case? We never find out.

Says the filmmaker: “Ayiti Mon Amour is a love poem to my native land, a place that I ache for, that haunts me, that frightens and yet angers me, a place that I am fiercely and madly in love with.”

Haiti’s natural beauty is not the issue. Felin easily proves her case on that score. But what about the monstrous social crisis? Months after the 2010 earthquake, which killed 250,000 people and left 1.5 million homeless, a deadly cholera epidemic broke out.

In the course of the past 100 years, the United States military has invaded Haiti five times, occupying the country directly for a combined total of nearly 25 years. How beautiful is life in Haiti under the jackboot of American imperialism, causing one disaster after another?

The filmmaker’s idealized musings seem designed to soothe a middle-class audience and assure it that the universe is unfolding as it should, and no matter what the catastrophe, there’s always the sea and the sun.

Chilean film star Alfredo Castro, whose stone face is described by a critic as “economically expressive,” plays the lead in Venezuelan filmmaker Lorenzo Vigas’s debut movie From Afar, a work that has garnered much attention on the film festival circuit. 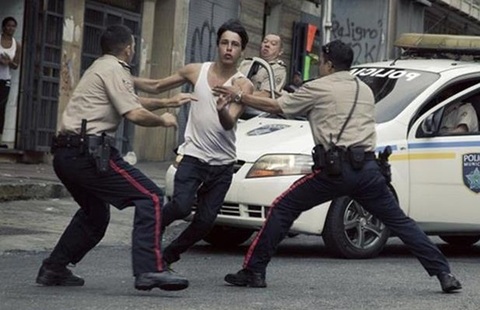 Set in Caracas, the movie focuses on the relationship between a middle-aged dental technician, Armando (Castro), and a delinquent, Elder (Luis Silva). Armando cruises the streets for young male toughs and voyeur sex. His encounters with Elder end in beatings or thefts. Nonetheless, Armando continues his pursuit of the ruffian. The film explains this unhappy behavior by the fact that he was the victim of some form of abuse by his father. Eventually, Elder falls in love with the father-figure Armando, leading to a tragic denouement.

Former documentarian Vigas scripted From Afar from a story he wrote with Mexican novelist, director and Amores Perros screenwriter Guillermo Arriaga. From Afar is concerned with little else but the director’s “obsession,” as he discloses, “with the theme of paternity… [and] a need to discuss the father archetype.” Not very interesting, in my view.

A trifle from Lebanon, Very Big Shot, directed by Mir-Jean Bou Chaaya, is a gangster flick-turned-“comedy” that follows the adventures of Ziad (co-writer Alain Saadeh) as he transforms himself from a brutal drug dealer into a celebrated film producer (his plan is to smuggle drugs in a film canister).

“I think the only revolution in our country is cinema … witness how cinema will defeat terrorism,” says Ziad, who then transitions once again, this time to the political arena. With the exception of a few minor comic twists, the film’s various episodes are half-heartedly and amateurishly strung together.