The Real Target of the Panama Papers

11 May 2016 – So this is the way the Panama Papers end. Not with a bang—as in “Putin hiding $2 billion”; you all remember the original headlines. But with a whimper; everyone lining up to duly access a prosaic database and find out the names of nearly 320,000 entities/offshore companies/trusts/foundations engaged in beautifying the finances of the rich and powerful.

The Soros-financed International Consortium of Investigative Journalists (ICIJ) has not exactly fulfilled its mandate of heaping dirt on selected BRICS nations and the odd enemy of imperial interests/values – based on a NSA-style hack of Mossack Fonseca.

So what’s left is for everyone to freely peruse names and addresses of companies in 21 jurisdictions—including Hong Kong and Nevada in the U.S. Yet don’t expect to see bank account numbers, phone numbers or compromising emails. 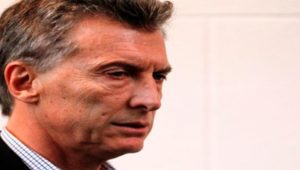 Panama—where no one can flush a toilet without the U.S. government knowing about it—is for suckers; the real elite, connected (or profiting) even indirectly from the real Masters of the Universe and the liquid modernity enablers of top of the line turbo-capitalism use hack-proof Luxembourg, Virgin Islands or Cayman Islands connections – not to mention secure, Empire-based Delaware and Nevada loopholes.

Fictional scenarios, anyway, will continue to prosper, such as the myth the Panama Papers leak came from one John Doe—an “anonymous” whistleblower who allegedly contacted the Süddeutsche Zeitung newspaper and the ICIJ with a mini-manifesto titled “The revolution will be digitized”.

John Doe justified his alleged leak by arguing that tax evasion was one of the great issues of our time, and governments must do more to prevent it. Thus his pledge—”I want to make these crimes public” – as he unloaded 11.5 million files (2.6 terabytes of data), which took over a year to be perused by ICIJ hacks, in absolute secrecy, with no leaks whatsoever.

John Doe is no Daniel Ellsberg or Edward Snowden. Apart from the resignation of Sigmundur Davíð Gunnlaugsson, Prime Minister of Iceland, and the offshore trust set up by David Cameron’s Dad, the Panama Papers did not yield anything really groundbreaking, as much as the bombastic headlines in the first four days insisted to demonize powerful players in Russia and China, especially Russian President Vladimir Putin.

Everyone familiar with the inner mechanisms of turbo-capitalism knows how wealthy tax-evading players across the spectrum – in this case helped by Mossack Fonseca—go legally offshore. Of course, this carries the possibility of countless open roads for fraud and/or illicit money laundering.

The G-20 has already agreed that the government of each member nation should know who are the real owners of legally registered offshore companies. But implementation, so far, has been negligible. Turbo-finance always trumps parliamentary politics.

Mossack Fonseca insists the whole Panama Papers saga is “based on the theft of confidential information.” The ICIJ for its part insists the disclosure is “in the public interest” as “a careful release of basic corporate information”, and not a “data dump”.

Nonsense. It is a data dump. As for the “basic corporate information”, in does not prove anything; the ICIJ itself—in the preface to the latest release—observes that the appearance of particular names and companies on the list does not imply wrongdoing.

A police officer stands outside the headquarters of Mossack Fonseca while prosecutors raid the offices in Panama City on April 12, 2016. (photo: Carlos Jasso/Reuters)

ICIJ hacks used Nuix—an Australian computer forensics and IT investigation software—to sift through the data. But, crucially, the decisions by mainstream media organs on what to publish first, and how to edit the information, were purely political.

Public opinion in the global South immediately noted the absence of Americans. Of course; Americans in the know use the Caymans and the Virgin Islands, as well as Delaware and Nevada, not Panama. Still, the ICIJ now has to resort to lame excuses, such as “Mossack Fonseca’s working relationships with dozens of Americans tied to financial misconduct raises questions about how well the firm keeps its commitment to following international standards for preventing money laundering and keeping offshore companies out of the hands of criminal elements.”

This has absolutely nothing to do with “international standards for preventing money laundering.” If you know how to it—ask HSBC—or if you have the right connections, you get away with it.

What this is all about is one more chapter in an intra-system hardcore financial war. To have the ICIJ remote-controlled by Soros, the Ford Foundation, the CIA itself, is a beauty. And obfuscation—as in informative selectiveness—works wonders; remember the initial emphasis on “axis of evil” characters, old—as in connected to former Iranian President Mahmoud Ahmadinejad—and new (Putin, relatives of Xi Jinping).

The heart of the matter is that the Panama Papers disclosure didn’t disturb the global financial casino one bit, because the (transnational) system badly needs fiscal paradises to evade national laws. What the Panama Papers may succeed in is to eliminate competition. From now on, your fiscal paradise of choice must be in US, UK and Dutch jurisdictions. We control every global financial flow—legal or otherwise. Defy us—or else.