When Nuclear Plants Expire: Stick the Taxpayers with the Bill (and the Waste) 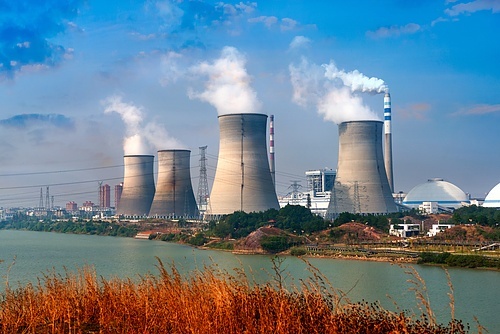 17 May 2016 – Aging and dangerous nuclear power plants are closing. This should be cause for celebration. We will all be safer now, right? Well, not exactly.

US nuclear power plant owners are currently pouring resources into efforts to circumvent the already virtually non-existent regulations for the dismantlement and decommissioning of permanently closed nuclear reactors.

And sad to say, many on the US Nuclear Regulatory Commission (NRC), the industry’s ever compliant lapdog, are trotting happily by their side.

There is an occasional lone critic. NRC Commissioner Jeff Baran, observed that the

The inevitable result is that reactor owners will successfully avoid spending money now on decommissioning as they seek to delay beginning the actual cleanup work for the next half century and maybe longer. Later, when it comes time to finish the job, the owners – and the money – could well be long gone.

US reactor owners rely on ‘decommissioning trust fund’ investments to pay for decommissioning activities. But these are failing to accrue adequate funds to do the job. Many of the trusts are incurring annual losses on their investments.

In fact, the US Government Accountability Office (GAO) has found the NRC’s financing formula for decommissioning trust funds to be fundamentally flawed, resulting in the utilities ability to accrue only 57% to 75% of the needed funds.

Using Vermont Yankee (a relatively small 620 MWe reactor) as an example, the decommissioning cost estimate in 2015 was $1.2 billion and rising. At the same time, Entergy, the plant’s owner, had just $625 million on hand.

In early May, Entergy was reprimanded (but not fined) by the NRC for violating “federal regulations last year when it prematurely took money out of the Vermont Yankee decommissioning trust fund to cover planning expenses associated with the handling of spent nuclear fuel at the closed reactor”, the Times Argus reported.

Another factor in the current struggle to pay for decommissioning is rooted in a decades-long practice by utilities of omitting the costs of decommissioning from electricity bills in order to artificially lower rates and stay competitive in the market.

In addition, while at the same time delaying the start of decommissioning, the utilities have requested and received exemptions from the NRC that allow them to eliminate radiological emergency planning and drastically reduce on-site security around hundreds of tons high-level nuclear waste, all in the name of saving money.

“The Nuclear Regulatory Commission appears to be complicit in this process and is in fact providing a significant hidden subsidy to the nuclear industry when it looks the other way by allowing public trust funds to be raided in violation of the Code of Federal Regulations”, writes Arnie Gundersen of Fairewinds Associates in a document submitted to the NRC.

Gundersen, along with other groups including my own – Beyond Nuclear – have filed comments to the NRC as part of an arcane and convoluted process known as an ‘Advanced Notice of Proposed Rulemaking on Decommissioning.’ The public comment period closed on March 18, 2016.

A years long Rulemaking is underway because reactor owners are asking to streamline what were site-specific exemptions and have them issued generically instead, and across the board, without any opportunity for public review or comment. This essentially eliminates public transparency in the decommissioning process.

It further seeks to save the corporation from spending any of its electricity production profits on the costs of safety and security oversight the companies claim are no longer needed once the reactor stops power production and is defueled.

The options for decommissioning a nuclear plant

There are currently three decommissioning options when a reactor closes. They are known by apparent acronyms that are really just capitalized slogans, masking the flaws behind all three.

DECON refers to prompt dismantlement. This sounds promising for all sides, dispensing with the whole decommissioning process and its attendant costs, headaches and liabilities in about 10 years.

In principle DECON is supported by environmental and anti-nuclear groups, but with one giant caveat: the radioactive waste that remains on site after decommissioning of the reactor, must be adequately safeguarded.

Under the current regulatory scheme, the NRC allows the licensee to offload the irradiated nuclear fuel from the spent fuel storage pools into dry storage casks. These are not adequately protected from security threats. Nor is there any contingency to re-contain nuclear waste should it begin leaking from one of these casks.

Current casks designs are qualified for on-site nuclear waste storage for only 20 years and re-certified for four additional cycles. Some of these cask designs have already experienced degradation of protective seals and concrete shielding after less than a decade of use.

Of greatest concern, the casks are situated outside, closely congregated, on open tarmacs raising security concerns for their vulnerability to attack.

Consequently, the anti-nuclear and environmental groups that support DECON insist on the implementation of enhanced security called ‘Hardened On-Site Storage’, or HOSS to minimize these risks.

Rather than storing dozens of vulnerable dry-casks right next to each other in the open air, HOSS better secures the nuclear waste in above-ground individualized casks. These casks are fortified within modules of concentric capped silos of concrete and steel surrounded by earthen mounds.

The HOSS canisters would be dispersed over a wider area than traditional cask storage and would be better positioned to withstand a range and combination of weapons, explosives, and attacks, including anti-tank missiles, aircraft impacts, and car bombs.

Currently, reactor owners are not permitted to spend decommissioning funds on nuclear waste management as part of the DECON process. Nor do utilities want to go to the added expense of HOSS, which is not currently being considered by federal agencies, despite hundreds of petitioning groups and thousands of signatories to make HOSS a nuclear security priority at operating reactors as well as decommissioned sites.

A small number of reactors across the world have already used DECON (but without HOSS.) According to the Paris-based Organization of Economic Cooperation and Development, of the nearly 150 nuclear power reactors that have ceased operation worldwide to date, only 16 units have completed the ‘DECON’ decommissioning process with 10 of those units in the United States taking on average 10 years to complete.

What ‘SAFSTOR’ really means: ‘mothball’ and walk away

The second option, euphemistically-named SAFSTOR, or ‘safe store’, allows owners to take up to 60 years from the day the reactor closes to complete decommissioning. This would effectively enable owners to delay the start of decommissioning for 50 years, leaving the reactor and fuel pools mothballed until then and the local communities at risk.

Unsurprisingly, this is the option that is increasingly favored by reactor owners, who are petitioning the NRC for across-the-board cost cutting under SAFSTOR, regardless of the specific conditions of the individual reactor sites.

Entergy Vice President, Michael Twomey, even told Vermont state legislators in reference to the decommissioning of its Vermont Yankee nuclear reactor, that if the process is not complete in 60 years the company is fully within its rights to simply walk away, and if challenged, would litigate. Vermont Yankee closed on December 29, 2014.

The third option is ENTOMB. Without any regulatory guidance or legal framework, it allows utilities to essentially avoid decommissioning altogether. It is the option when no other options exist, as is the case at Chernobyl.

The exploded Chernobyl containment was eventually shrouded in a giant concrete sarcophagus at great expense and resulting in radiological exposure to hundreds of thousands of laborers. That structure is now being encased with a new, high-tech “Arch”, again at vast expense. However, for regular decommissioning activities, ENTOMB should be viewed as a last resort and not as a strategy for escaping liability.

The waste management aspect of the decommissioning process remains the industry’s most painful Achilles’ heel. Despite successfully suing the Department of Energy for failure to remove the waste, as promised, to a final repository site, utilities are seeking to avoid using those funds for waste management.

Instead, utilities are seeking to siphon off decommissioning trust funds to build and manage the necessary on-site Independent Spent Fuel Storage Installation (ISFSI) to house irradiated fuel from a closed reactor. An ISFSI is not currently considered part of a legitimate decommissioning process covered by the trust fund.

The delays wrought by such wrangling means that irradiated fuel sits in densely packed storage pools inside the reactor – and in the case of the 30 remaining GE Mark I and II reactors in the US, on the roof. (The GE designs are the same as those that melted down and exploded at Fukushima.)

The fuel pools are over-packed because of inadequate existing on-site storage facilities. But delays in offloading them, even while the reactor is still running, never mind when it closes, represent one of the greatest risks to public health, safety and security. A catastrophic fire, aircraft impact or other disaster that released vast amounts of radioactive fallout from the high-density storage pools could contaminate entire regions potentially indefinitely.

“The four ongoing disasters at Fukushima Daiichi have clearly shown the vulnerability of nuclear power plants that have spent nuclear fuel stored in these overcrowded and unprotected spent fuel pools”, Gundersen wrote in his comments to the NRC.

This is the principle reason to oppose SAFSTOR, safety experts say. Not only will the fuel remain in the pools, and in poorly protected waste casks, but protections and safety measures will be reduced. This is already exemplified in Vermont where the NRC has allowed Entergy to dismantle its emergency plan around Vermont Yankee and reduce inspections on the ventilation system near the spent fuel pool.

As Gundersen points out, the Vermont Yankee fuel pool still “contains more highly radioactive waste than was held in any of the fuel pools at Fukushima Daiichi.”

With a Fukushima-scale disaster is a real possibility even at closed reactors, critics are urging the NRC not to rubber stamp exemption requests. In the event of a nuclear catastrophe, evacuations downwind and downstream cannot be assumed to go well if emergency preparedness was discontinued months, years, or even decades earlier.

Even plans for site cleanup and decontamination are inadequate and have been watered down by the NRC itself. Site release criteria currently mandate clearing away surface soil down to three feet. But strontium-90 has been found far deeper on the Vermont Yankee site already. The NRC limit would open the way for strontium and potentially other isotopes resting deeper than three feet to migrate down into groundwater and potentially later to drinking water.

Instead, there should be more thorough post-decommissioning environmental analyses of where and how much residual radioactivity has been left behind in soil and water before power companies are allowed to walk away from accountability and liability.

And, he says, decommissioning should be undertaken in such a way that operators “assure that those plants are promptly and safely decommissioned without unwarranted radiological contamination of the environment and extended cleanup and mitigation costs passed on to ratepayers or taxpayers.”

Linda Pentz Gunter is the international specialist at Beyond Nuclear. She also serves as director of media and development.