5 of the Worst Atrocities Carried Out by the British Empire

A YouGov poll found 43 per cent of Brits thought the British Empire was a good thing, while 44 per cent were proud of Britain’s history of colonialism. 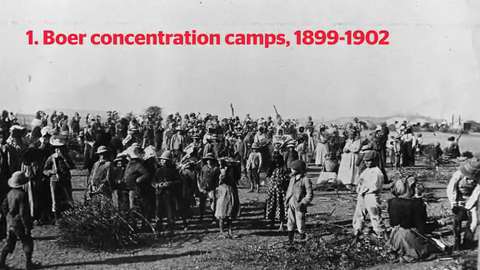 19 Jan 2016 – A new YouGov poll has found the British public are generally proud of the British Empire and its colonial past.

YouGov found 44 per cent were proud of Britain’s history of colonialism, with 21 per cent regretting it happened and 23 per cent holding neither view.

Although the proponents of Empire say it brought various economic developments to parts of the world it controlled, critics point to massacres, famines and the use of concentration camps by the British Empire. 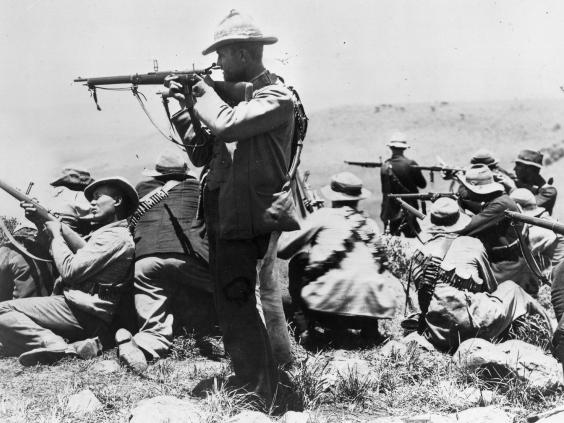 Armed Afrikaners on the veldt near Ladysmith during the second Boer War, circa 1900

During the Second Boer War (1899-1902), the British rounded up around a sixth of the Boer population – mainly women and children – and detained them in camps, which were overcrowded and prone to outbreaks of disease, with scant food rations. 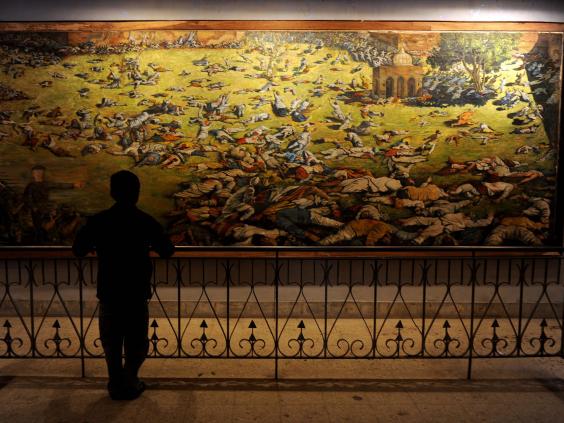 When peaceful protesters defied a government order and demonstrated against British colonial rule in Amritsar, India, on 13 April 1919, they were blocked inside the walled Jallianwala Gardens and fired upon by Gurkha soldiers.

The soldiers, under the orders of Brigadier Reginald Dyer, kept firing until they ran out of ammunition, killing between 379 and 1,000 protesters and injuring another 1,100 within 10 minutes.

Brigadier Dyer was later lauded a hero by the British public, who raised £26,000 for him as a thank you. 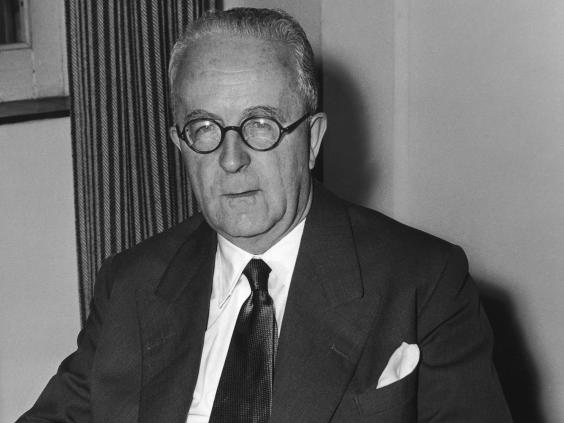 In 1947, Cyril Radcliffe was tasked with drawing the border between India and the newly created state of Pakistan over the course of a single lunch.

After Cyril Radcliffe split the subcontinent along religious lines, uprooting over 10 million people, Hindus in Pakistan and Muslims in India were forced to escape their homes as the situation quickly descended into violence.

Some estimates suggest up to one million people lost their lives in sectarian killings. 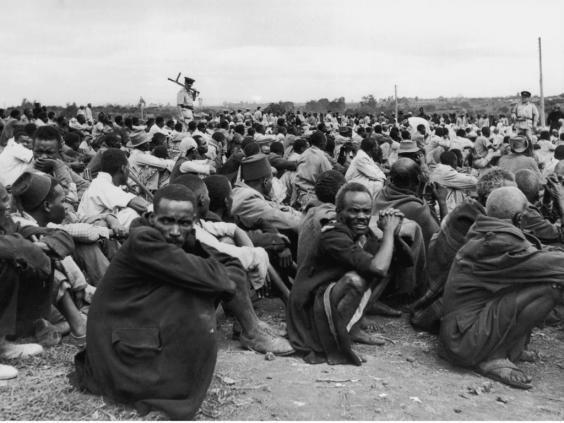 Mau Mau suspects at one of the prison camps in 1953

Thousands of elderly Kenyans, who claim British colonial forces mistreated, raped and tortured them during the Mau Mau Uprising (1951-1960), have launched a £200m damages claim against the UK Government.

Members of the Kikuyu tribe were detained in camps, since described as “Britain’s gulags” or concentration camps, where they allege they were systematically tortured and suffered serious sexual assault.

Estimates of the deaths vary widely: historian David Anderson estimates there were 20,000, whereas Caroline Elkins believes up to 100,000 could have died. 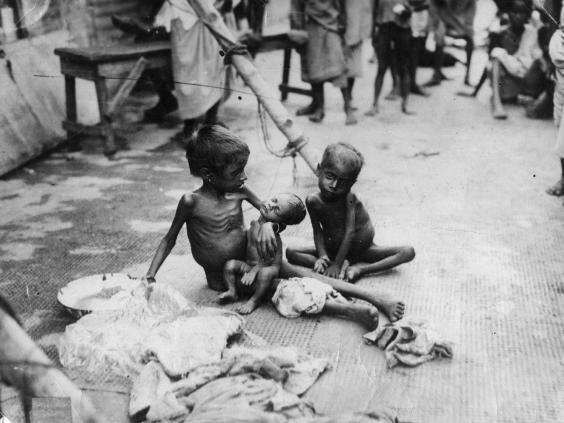 Between 12 and 29 million Indians died of starvation while it was under the control of the British Empire, as millions of tons of wheat were exported to Britain as famine raged in India.

In 1943, up to four million Bengalis starved to death when Winston Churchill diverted food to British soldiers and countries such as Greece while a deadly famine swept through Bengal.

Talking about the Bengal famine in 1943, Churchill said: “I hate Indians. They are a beastly people with a beastly religion. The famine was their own fault for breeding like rabbits.”