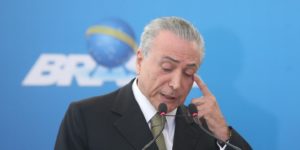 3 Jun 2016 – It has been obvious from the start that a core objective of the impeachment of Brazil’s elected president, Dilma Rousseff, was to empower the actual thieves in Brasilia and enable them to impede, obstruct, and ultimately kill the ongoing Car Wash investigation (as well as to impose a neoliberal agenda of privatization and radical austerity). A mere 20 days into the seizure of power by the corruption-implicated “interim” President Michel Temer, overwhelming evidence has emerged proving that to be true: Already, two of the interim ministers in Temer’s all-white-male cabinet, including his anti-corruption minister, have been forced to resign after the emergence of secret recordings showing them plotting to obstruct that investigation (an investigation in which they, along with one-third of his cabinet, are personally implicated). 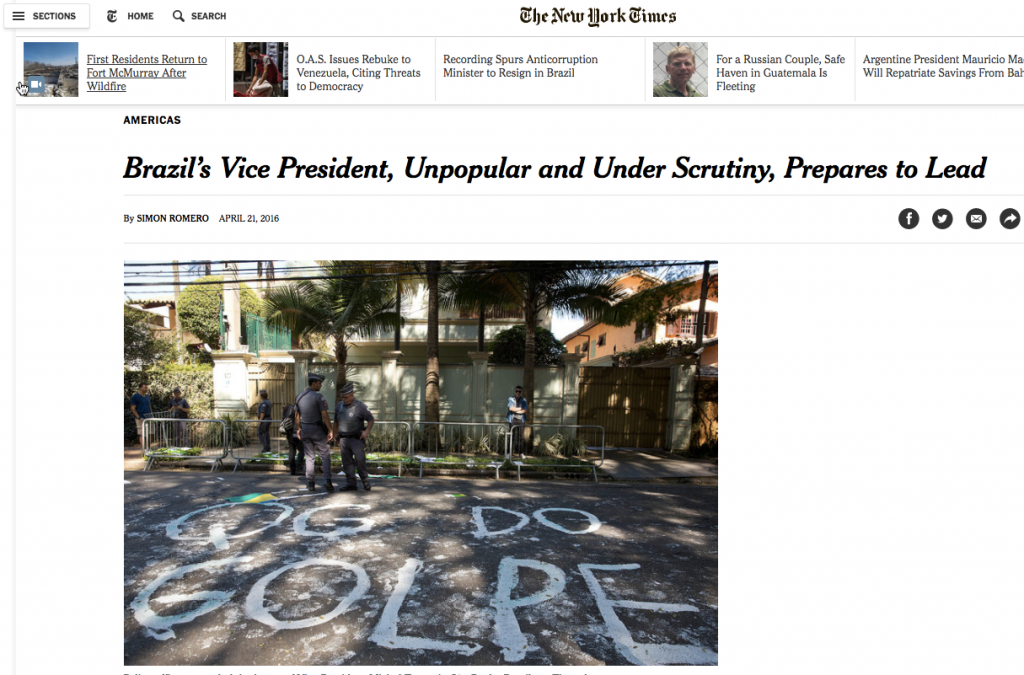 But the oozing corruption of Temer’s ministers has sometimes served to obscure his own. He, too, is implicated in several corruption investigations. And now, he has been formally convicted of violating election laws and, as punishment, is banned from running for any political office for eight years. Yesterday, a regional election court in São Paulo, where he’s from, issued a formal decree finding him guilty and declaring him “ineligible” to run for any political office as a result of now having a “dirty record” in elections. Temer was found guilty of spending his own funds on his campaign in excess of what the law permits.

In the scope of the scheming, corruption, and illegality from this interim government, Temer’s law-breaking is not the most severe offense. But it potently symbolizes the anti-democratic scam that Brazilian elites have attempted to perpetrate. In the name of corruption, they have removed the country’s democratically elected leader and replaced her with someone who — though not legally barred from being installed — is now barred for eight years from running for the office he wants to occupy. 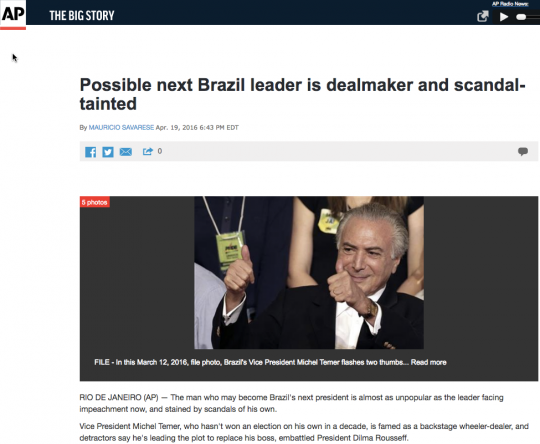 Just weeks ago, Dilma’s impeachment appeared inevitable. Brazil’s oligarchical media had effectively focused attention solely on her. But then, everyone started looking at who was engineering her impeachment, who would be empowered, what their motives were — and everything changed. Now her impeachment, though still likely, does not look nearly as inevitable: Last week, O Globo reported that two senators previously in favor were now re-considering in light of “new facts” (the revealed tapes of Temer’s ministers), and yesterday, Folha similarly reported that numerous senators are considering changing their minds. Notably, Brazilian media outlets stopped publishing polling data about the public’s views of Temer and Dilma’s impeachment.

Meanwhile, opposition grows to this attack on democracy both domestically and internationally. Protests aimed at Temer are becoming increasingly large and intense. Two dozen members of the British Parliament denounced impeachment as a coup. Three dozen members of the European Parliament urged termination of trade negotiations with Brazil’s interim government on the ground that it lacks legitimacy. The anti-corruption group Transparency International announced it was terminating dialogue with the new government until it purged corruption from its new ministries. The New York Times this week, reporting on the resignation of the anti-corruption minister only 20 days after he was installed, described it as “another blow to a government that seems to limp from one scandal to the next just weeks after Mr. Temer replaced Dilma Rousseff.” 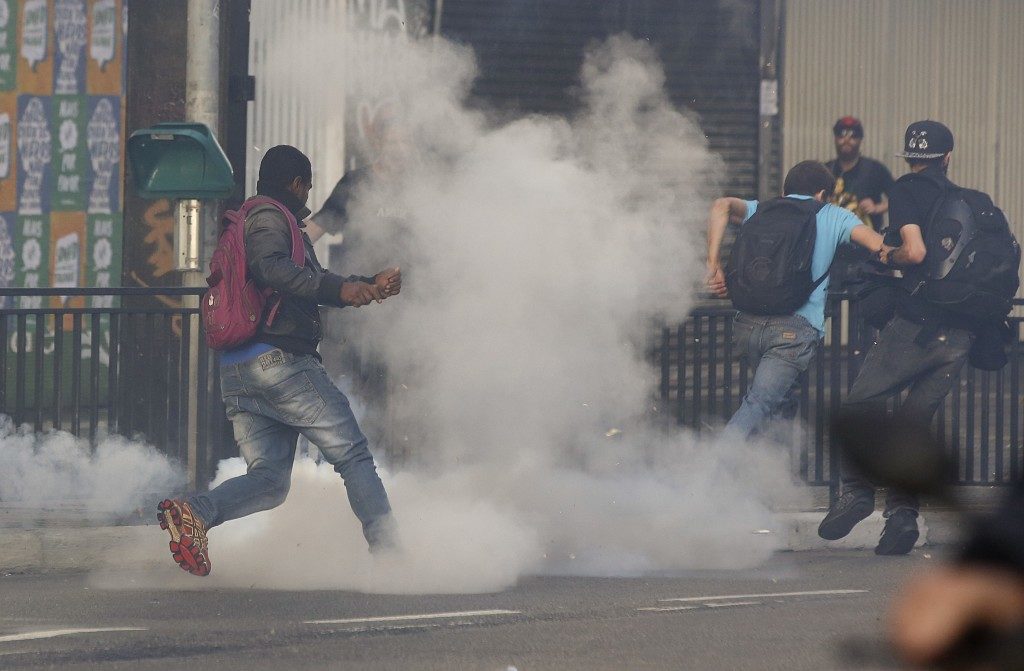 Demonstrators run amid a cloud of tear gas during a protest organized by the Homeless Workers Movement, in Sao Paulo, Brazil, June 1, 2016. Photo: Andre Penner/AP

But perhaps nothing quite captures the dangerous farce that Brazilian elites are attempting to perpetrate like the fact that their chosen leader is now literally banned from running for the office into which he has been installed because he has been convicted of breaking the law. This isn’t merely the destruction of democracy in the world’s fifth most populous country, nor the imposition of an agenda of privatization and attacks on the poor for the benefit of international plutocrats. It’s literally the empowerment of dirty, corrupt operators — outside of democratic norms — cynically undertaken in the name of combating corruption.

Last night at an event in Rio de Janeiro, I was asked — as I always am at such events — about possible U.S. involvement in the change of government. Here are four minutes of my answer: