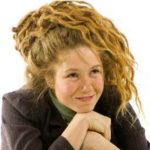 On June 15th, 1955, Catholic Worker founder Dorothy Day joined a group of pacifists in refusing to participate in the civilian defense drills scheduled on that day. These drills were to prepare the citizenry in the event of a nuclear attack, and involved evacuations of city centers, taking shelter in subway tunnels, and, for schoolchildren, “duck-and-cover” to hide under their school desks. Such actions would be futile if a nuclear attack were underway, but the drills were part of a government propaganda program to convince Americans that nuclear weapons were a necessary part of the US arsenal, and that it would be possible to survive a nuclear war.

In this particular case, Operation Alert was a nationwide, mandated, legally enforced drill. Dorothy Day, fellow Catholic Workers and other pacifists informed the media that they would disobey the law, and refused to evacuate public spaces and work places for the proscribed fifteen-minute period. Instead, they sat on park benches in City Hall Park, quietly praying and meditating. All 27 – and a shoeshine man who was taken into custody by mistake – were arrested. They were branded murderers by their judge, who accused them of being responsible for the simulated deaths of three million New Yorkers.

Day said she was doing “public penance” for the United States’ first use of atom bombs in Hiroshima and Nagasaki. She and other protesters plead guilty to the charges, but the judge ultimately refused to send them to jail, saying, “I’m not making any martyrs.” For the next five years, Dorothy Day and many others engaged in similar acts of civil disobedience, refusing to cooperate with the civilian defense drills.

In 1960, more than 600 New Yorkers joined them at City Hall Park, with simultaneous demonstrations at CCNY, Brooklyn College, Queens College, Columbia University and several New York City high schools in noncooperation with the drills. When young mothers with children joined the protests in 1960, opposition to the drills increased, and the drills were stopped after the 1961 protest. Historians point to these campaigns and many others of the time as drivers toward the 1963 Partial Test Ban Treaty negotiated, signed by President Kennedy, and ratified by the US Senate.

This campaign is an excellent example of the power of nonviolent action, combining noncooperation with drills, civil disobedience of unjust laws, public acts of protest and persuasion, among others. The pacifists also used letters, speeches, trials, public statements, and interviews to convey the immorality of nuclear weapons and to expose the hidden agenda of the US government. The careful strategizing of noncooperation and protests brought a halt to the civilian defense drills, demonstrating to the US government that the populace would not passively comply with the unspeakable horrors of nuclear weapons.

As we know, the work is far from complete. With one trillion dollars slated for expanding the nuclear arsenal over the next 30 years, it may be time to dust off this chapter of nonviolent history, and tackle modern nuclear challenges with organizing nonviolent action.

Anticopyright: Editorials and articles originated on TMS may be freely reprinted, disseminated, translated and used as background material, provided an acknowledgement and link to the source, TMS: Dorothy Day Refuses to Duck-And-Cover, is included. Thank you.

One Response to “Dorothy Day Refuses to Duck-And-Cover”