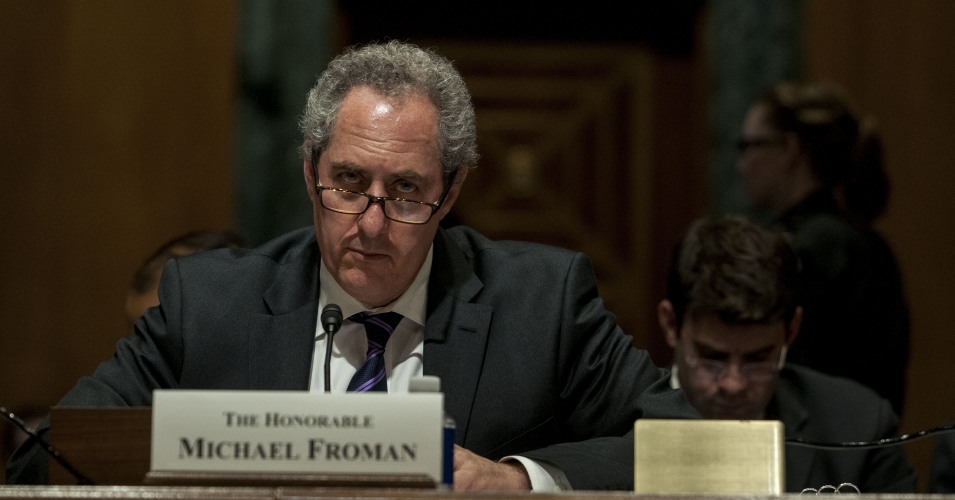 2 Jun 2016 – Foreign corporations could sue to undermine US protections for consumers’ health, safety and financial security under a provision added to the proposed Trans-Pacific Partnership trade deal (TPP) after executives of big banks pressed the nation’s chief trade negotiator, himself a former big-bank executive, to include it.

A series of emails, obtained under the Freedom of Information Act and released last week by Rootstrikers, an organization that opposes the trade deal now pending before Congress, confirm the push by financial service companies for the “Investor-State Dispute Settlement” provision. ISDS, as it is referred to by the cognoscenti writing the emails, would, in the words of one critic, Public Citizen’s Lori Wallach, “elevate individual investors to the status of a nation-state” in trade disputes.

The emails also are bound to reinforce the suspicion that US trade policy is being set by what might be called an “executariat” of corporate and government leaders who periodically swap positions for their mutual benefit. “They’re written as if they are being sent between colleagues,” says Dennis Kelleher of the watchdog group Better Markets. “That’s because the writers all have been, currently are or will be colleagues at major Wall Street firms.”

Most striking is an exchange between Faryar Shirzad, the co-head of Goldman Sachs’ government affairs office, and US Trade Representative Michael Froman.

The two men have mirror-image resumes: Shirzad worked on economic and international issues in the administration of then-President George W. Bush, serving as a top aide to the president (known as a “sherpa”) at several international economic summits.

Froman worked for some of the same agencies as Shirzad, but in the administration of former President Bill Clinton. He sat out the Bush years in the private sector as a managing director of Citigroup, then swirled back through the revolving door into Barack Obama’s administration. At several international economic summits, Froman also served as the president’s sherpa. He became US trade representative in 2013 — but not before his financial holdings raised some eyebrows on Capitol Hill.

Others on Froman’s email chain included: Matt Niemeyer, another Goldman Sachs vice president and Bush administration alum, and Tom Nides, who in 2013 returned to a high-ranking post at Morgan Stanley after taking a three-year hiatus to serve as one of Hillary Clinton’s deputies at the State Department.

The ISDS issues came up in an email from Shirzad and in another from Froman to an unidentified employee at JPMorgan Chase (names of recipients were redacted). “This is really not helpful” before appending a Politico story, clearly pegged to leaks, that described a split in the administration over ISDS, with several agencies, including the Treasury Department, opposing the provision and the trade representative’s office siding with the big banks in favor of it.

In its online sales pitch for the Trans-Pacific Partnership, the trade representative’s office argues that the ISDS provision will help protect Americans’ investments in other countries. But others vehemently disagree. As written, says Public Citizen’s Wallach, the provision represents “a huge expansion” of corporate power that would “empower major global financial firms to attack to US financial regulations using ISDS. That was the scenario outlined by Sen. Elizabeth Warren last year in a Washington Post op-ed. The Massachusetts Democrat warned that the trade pact’s ISDS provision will undermine US sovereignty by making it easier for US laws and regulations to be challenged by foreign companies. Kelleher thinks the ultimate beneficiary may be financial services companies right here at home. Wall Street firms “have a clear strategy, he contends, to use trade laws “to grease the skids to the regulatory bottom.”

Other emails in the Rootstriker disclosure appeared to be designed to reassure Froman that the financial services industry is using its muscle to win congressional votes for the Trans-Pacific trade deal. In a sign of the political radioactivity surrounding it, backers — including congressional Republican leaders and the Obama administration — appear to be teeing it up for vote in a lame-duck session of Congress later this year.

One note, forwarded by Nides, included an open letter urging members of the New York congressional delegation to support the trade deal. It was signed by members of the Partnership for NYC, a group of corporate leaders headed by the CEOs of Morgan Stanley and Blackstone. In April, Gary Cohn, the CEO of Goldman Sachs, sent along a 27-page report his company produced for investors on the trade deal, along with a chipper note that it was “great to see you last weekend.”

Such chummy banter reveals just how much influence Wall Street has over trade deals, says Better Markets’ Kelleher. “It’s not a back channel,” he says. “It’s an open door.” In order to prevent the trade representatives’ office from falling prey to what economists like to call “regulatory capture,” Froman says, “there must be far more transparency by Froman as to who he’s talking to.”

“I’m all for stakeholders having influence and access,” adds Kelleher, “but big banking and Wall Street always have special access.”

BillMoyers.com asked the trade representative’s office for response to the Rootstrikers email disclosure and for documentation of similar communications with labor, consumer and environmental organizations lobbying on the trade bill. We will update this post if we receive any.

Kurt Walters of Rootstrikers said his group believes that the six emails their FOIA unearthed represent “the tip of the iceberg” of communications between the trade representative and Wall Street firms. Noting references to personal meetings and plans to delegate communications to deputies, Walters said “we’re thinking very seriously of filing additional FOIAs.” But the process can be lengthy: It took nearly a year for Rootstrikers to obtain the communications released last week.

Kathy Kiely, a Washington, DC-based journalist and teacher, has reported and edited national politics for a number of news organizations, including USA Today, National Journal, The New York Daily News and The Houston Post. She has been involved in the coverage of every presidential campaign since 1980.