The productivity of the Buzios field is higher than the Arab wells and generates 40,000 barrels a day. 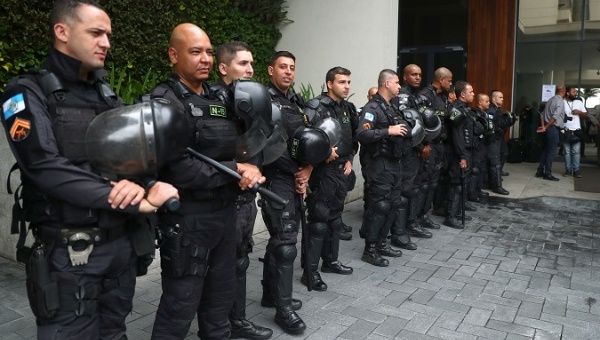 6 Nov 2019 – One of them is the Buzios field where there are three of the world’s most productive wells, which are capable of yielding more than 40,000 thousand barrels per day, a productivity level that is greater than that in Saudi Arabia, according to the Petrobras Engineers Association (AEPET).

Bolsonaro’s auction of public oil fields has drawn attention due to the size of the financial losses Brazil will suffer as a result of selling off the assets to foreign companies.

Brazil stands to lose 10 million oil barrels which are part of “already discovered” reserves​​​​​, meaning private companies will have a very low risk that their exploration activities will not result in almost immediate production.

“There are 4.5 million people living in misery. There are simply no signs that the current situation will change. On the contrary, indicators will be worse. The Bolsonaro era is sad: they deliver oil resources and destroy the State. Less employment, health and education. More hunger. In short, less rights!”

Experts argue that exploring those fields should have been assigned to the country’s public company Petrobras, which would have seen Brazil earning revenues amounting to US$277 billion in total.

“The auction is inopportune and detrimental to the national interest,” the AEPET president Felipe Coutinho said and added that privatization will not improve the Brazilian balance of payments.

“Oil should be used primarily for domestic consumption… No country has grown ever by exporting crude oil through foreign companies and importing refined fuels.”

Former President Dilma Rousseff denounced that the oil auction will generate unprecedented damage to her country’s national sovereignty as part of the #destructive neoliberal agenda” of Bolsonaro’s government.

“The government is handing over our greatest wealth and our future as a nation. It reduces to dust Lula da Silva’s law which guarantees Petrobras preference in oil exploration.”​​​​​​​

Brazil is facing another environmental catastrophe.