Obama Says “Big Nations Should Not Bully Small Ones” as U.S. Bullies Small Nations across the World

31 May 2016 – Ever since World War II, the United States has prided itself on being number 1. This classification of superiority has generally been reserved for things at least perceived as being positive attributes, e.g. the biggest economy, the most upward mobility, the most effective military, etc.

However, if the United States were trying to achieve the number 1 position in hypocrisy, then President Barack Obama has made a two-week jaunt the crossing of the finish line for a country racing to be labeled as the most hypocritical nation on the face of the earth. 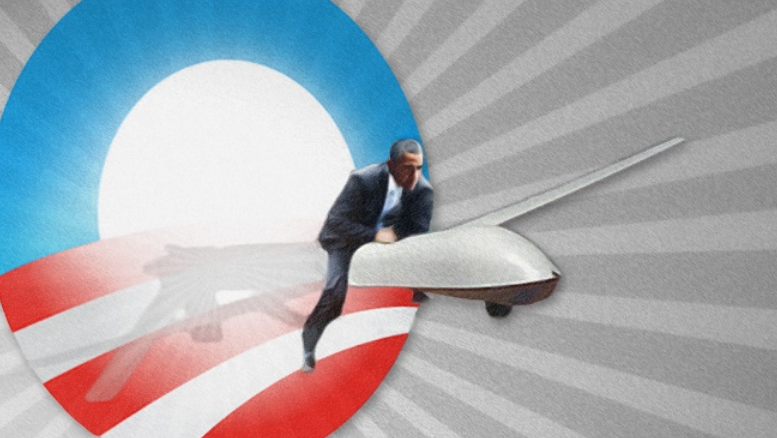 Step 1 was his appearance and speech in Hanoi, Vietnam on May 24. In the course of delivering a speech calling for the peaceful resolution of maritime disputes, particularly in the South China Sea, Obama uttered perhaps one of the most glaringly hypocritical statements to come from the mouth of a U.S. President. Indeed, his statement was even more hypocritical than the general “America represents freedom and democracy” claptrap. “Big nations should not bully smaller ones. Disputes should be resolved peacefully,” Obama said.

Of course, it must be noted that Obama made his statement in small country that was bullied by a big one decades earlier for over ten years with devastating results for the Vietnamese people and a nasty culture war back at home in the United States. The irony of traveling to Vietnam and telling the world that big countries shouldn’t bully small ones may have been lost on Americans but, to many people across the world, history was not so easily forgotten.

Indeed, it may be irony for an American President to stand in Hanoi and criticize “bullying” small countries but it is absolute hypocrisy for him to do so at a time when the United States is known the world over for being the biggest bully on the planet. As Libya continues to burn in absolute chaos, Syria fights valiantly against proxy imperialism, Iraq continues to have its legs cut out from underneath it at every turn, and a trail of war and destruction is left all across the world, the fruit of the United States has been borne for all to see.

If the world operated according to reason and rationality, it would not be the United States lecturing other countries on the dangers of bullying, it would be Vietnam, Iraq, Yemen, Syria, Pakistan, Libya, Nicaragua, and much of the Third World lecturing the United States. Unfortunately for Americans, however, empire does always tend to come home eventually. When it does, an apathetic public will no doubt regret their lack of opposition to the war machine.

Brandon Turbeville – article archive here – is the author of seven books, Codex Alimentarius — The End of Health Freedom, 7 Real Conspiracies, Five Sense Solutions and Dispatches From a Dissident, volume 1 and volume 2, The Road to Damascus: The Anglo-American Assault on Syria, and The Difference it Makes: 36 Reasons Why Hillary Clinton Should Never Be President. Turbeville has published over 650 articles on a wide variety of subjects including health, economics, government corruption, and civil liberties. His website is BrandonTurbeville.com Please contact activistpost (at) gmail.com.