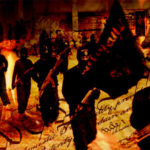 A Brief History of the U.S. Relationship to Jihadists and al-Qaeda across the World
Brandon Turbeville – Activist Post, 2 Apr 2018

22 Mar 2018 – Even when many Americans can clearly see that the United States is funding extremists in order to destroy Assad, it is difficult for them to grasp that the most frightening enemy of all, ISIS itself, is also being directed by Western intelligence, the GCC, and Israel. 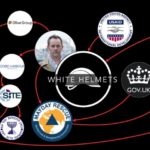 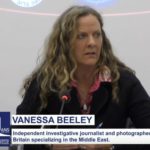 29 Nov 2017 – Despite the best efforts of State Department/Soros-funded Reporters Without Borders, the Swiss Press Club refused to cave to RWB’s grandstanding, threats, and bullying and the event surrounding the truth about the White Helmets continued as scheduled.

On 24 Aug 2017, Eva Bartlett and a handful of other activists and journalists entered North Korea as a delegation for the purpose of hearing what North Koreans had to say about their country, their culture, and the constant threat of war from the United States. They stayed in North Korea from the 24th to the 31st.

Ever since World War II, the United States has prided itself on being number 1, a classification of superiority. However, if it were trying to achieve the number 1 position in hypocrisy, then President Barack Obama has made a two-week jaunt the crossing of the finish line for a country racing to be labeled as the most hypocritical nation on the face of the earth.

Amidst the constant propaganda and dehumanizing method of reporting “news” in the West, both the humanity and the wishes of the Syrian people are lost completely.

It is important to examine Israel’s central role in helping to create the very same organizations that it claims to be threatened by.

Even as the mainstream media and a television-obsessed American public refuse to admit the existence of chemtrails and government-sponsored weather modification programs, the evidence continues to mount with ever-increasing speed that not only do these programs exist, but they are also effective and widespread.