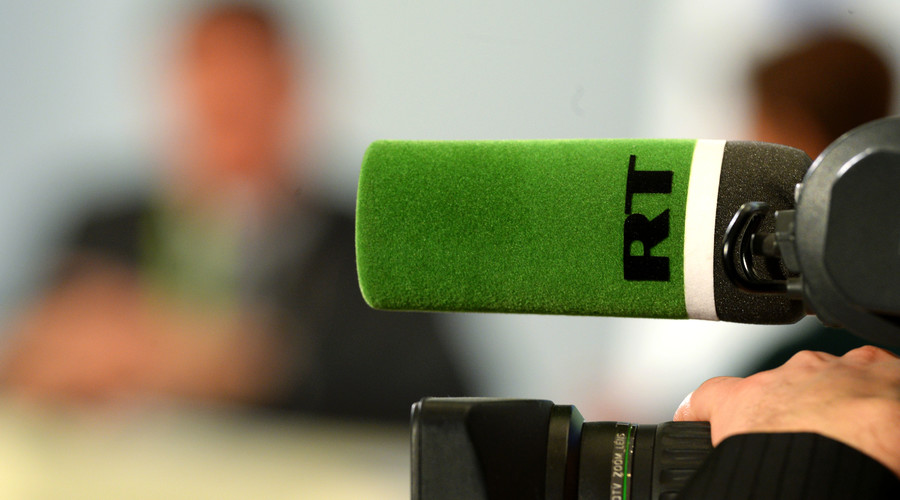 The suspension of the broadcast of RT Spanish in Argentina, that provides a much-needed alternative viewpoint, along with TeleSUR, is “psychological warfare” and part of the West’s all-out onslaught on Latin America.

RT: Do we know any official explanation as to why RT has been taken off air in Argentina?

Adrian Salbuchi: Well, the official explanation has been that they need those channels presently occupied by the RT Spanish signal and also the TeleSUR Venezuela signal. The government is saying – officially – that they need these two frequency slots to transmit provincial channels, channels from Argentinian provinces, for example Tierra del Fuego which is way down in the South. But that is hardly a credible explanation of any sort whatsoever.

RT: Another opinion that was put forward with regards to the TeleSUR channel being taken off that it had leftist views and alternative viewpoints. Do you think there is something more to it than the government is saying?

AS: Absolutely, because RT and also TeleSUR from Venezuela (of which Argentina forms part actually because it’s a multi-national corporation) definitely have a very alternate view on international politics, international finance, international economic treaties, for example, the Trans-Pacific Partnership and so forth.

So, regrettably, I think what we are seeing, at least in Argentina, is a case of censorship where the government does not want an alternative viewpoint which is different to CNN and Fox News and the New York Times and the Daily Telegraph to be heard by the Argentinian population so that we may have a clearer view what is happening in the world and in Argentina.

RT: Do you think that switching off of RT could be part of something bigger, part of a larger trend?

AS: Yes, because there’s definitely a trend that’s not only of this geo-political alignments which are official and have been announced by the government but they definitely need to sway the public opinion in favor of these government policies. So, for example, whilst at the same time they are taking RT off the air in 60-days’ time and TeleSUR off the air in just a couple of days, they’ve said, at the same time they are inviting CNN and they would probably be coming in, perhaps, even with an open air TV frequency to form CNN Argentina, as they have already formed CNN Chili and CNN Mexico. And couple that with what’s been happening in Brazil with the government Mr Temer and the election results in Peru, which is also a very pro-US government.

And, regrettably, I think the best way to describe this is an all-out onslaught on all of Latin America, not just in economic, political or financial terms, but also in, shall we call it, psychological warfare through the mainstream media.

RT: When RT Spanish launched in Argentina it was quite a big deal. You had Vladimir Putin with then-president of Argentina both stated the importance of relations between the countries. Do you think that this decision now could affect Russia-Argentina relations?

AS: I wouldn’t think they would actually affect them or would be a key point in affecting them. What I think is more important, although RT is part of a whole package, is the fact that not only are we moving away from friendly relations with Russia, in spite of the fact that diplomatically we are trying to make reforms. But the fact that this is all part of a much wider attack on the BRICS partnership, because Brazil moving away, Argentina also moving away from Russia in a way it’s sort of pushing all of Latin America away from BRICS where the ‘B’ for Brazil is slowly being replaced by the ‘B’ with Britain.

Adrian Salbuchi is an international political analyst, researcher and consultant. Author of several books on geopolitics in Spanish and English (including ‘The Coming World Government: Tragedy & Hope’), he is also a conference speaker in Argentina and radio/TV commentator. He writes op-ed pieces for RT Spanish as well as RT English, and is a regular guest on alternative media radio and TV shows in the US, Europe and Latin America. Adrian currently hosts his TV show ‘Segunda República’ on Channel TLV1 – Toda La Verdad Primero – in Buenos Aires, and is founder of the Second Republic Project (Proyecto Segunda República), a sovereign governance model for Argentina, Latin American countries and elsewhere. His website is: www.asalbuchi.com.ar; YouTube channel:www.youtube.com/user/arsalbuchi.