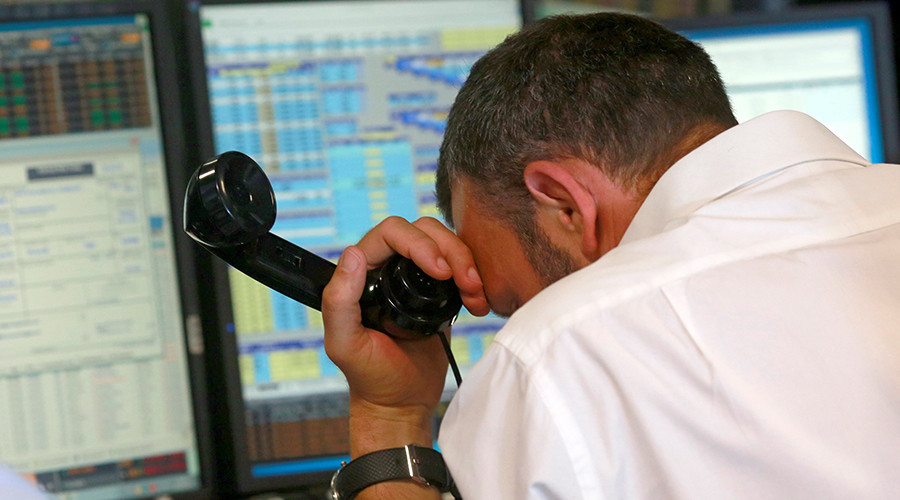 25 Jun 2016 – Brexit-caused losses of the world’s 400 richest people amounted to an eye- watering $USD127.4 billion in a single day, Bloomberg estimates. Rich Britons have lost a “mere” $5.5 billion, according to reports.

The Brexit vote has sent European markets into the steepest decline since 2008. The pound plummeted to a record low, not seen since Margaret Thatcher was prime minister some 30 years ago.

The worst losses among European billionaires were suffered by Amancio Ortega, Europe’s richest person, who hemorrhaged $6 billion. Many other mega rich individuals took a massive hit, including Bill Gates and Amazon magnate Jeff Bezos, who lost over $1 billion each.

Britain’s wealthiest person Gerald Cavendish Grosvenor dropped more than $1 billion. However, for the UK’s wealthiest Brexit was surprisingly less devastating than for others in the billionaire class. Altogether, Britain’s 15 richest people lost “only” $5.5 billion.

British co-founder of stockbroker Hargreaves Lansdown, Peter Hargreaves, lost the most, seeing his fortune shrink by 19 percent to US$2.9 billion.

In a major irony, Hargreaves was the largest donor to the Leave campaign, donating £3.2 million, according to the UK’s Electoral Commission.

Hargreaves has shown no regret, and says he is ready to work with the British government to shape the nation’s economic future once the country stops being an EU member state.

Richard Branson, a vocal advocate of the UK staying with the EU, has made peace with the decision of the majority, stressing that the British people’s “determination, resolve and sense of what is right” would be necessary “over the testing months and years to come.”

The richest person in South Africa, Christo Wiese, who has vast investments in the UK economy, believes the current crisis doesn’t mean the end of the EU.

“I think it’s the end of [the] EU as it’s currently structured,” the Stuff cited Wiese as saying. “It’s always had unattractive features alongside its attractive features. This will make people sit up and say how can we make it better,” Wiese said.

One Response to “[Some Good News!] Brexit Strips World’s 400 Richest People of US$ 127bn – Bloomberg”