A young woman is among 173 young people with confirmed or suspected cases of thyroid cancer in Japan’s Fukushima prefecture, but she’s the first to speak to media more than five years after the nuclear disaster there. 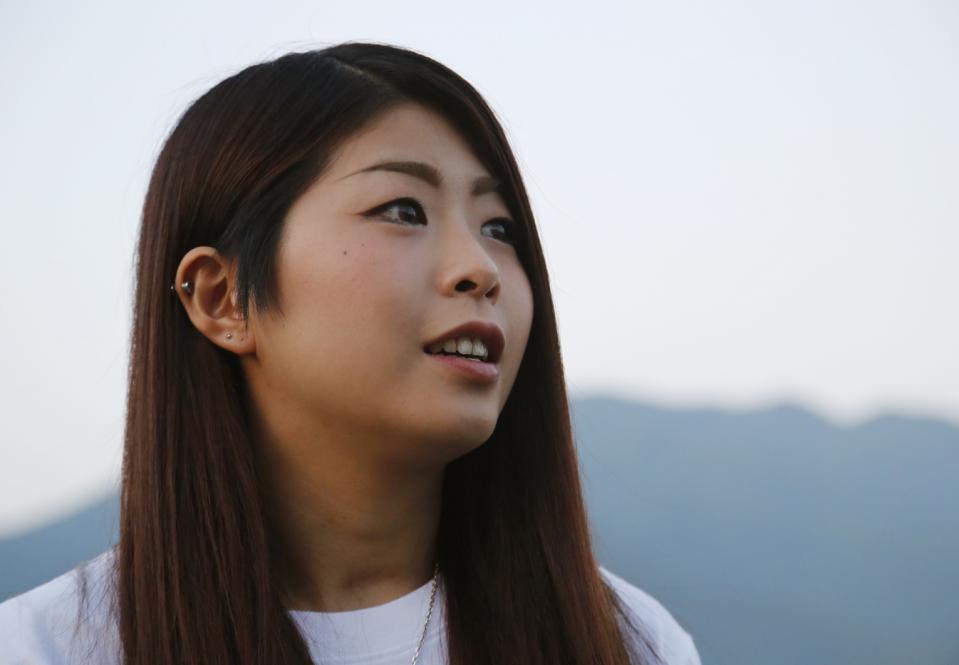 In this Saturday, May 28, 2016 photo, a young woman, who requested anonymity because of fears about harassment, speaks to The Associated Press in a town in Fukushima prefecture, northeast of Tokyo. She is among 173 people diagnosed with thyroid cancer in Japan’s Fukushima, but she’s the first to speak to media more than five years after the nuclear disaster there. That near-silence highlights the fear Fukushima thyroid-cancer patients have about being the “nail that sticks out,” and thus gets hammered. (AP Photo/Yuri Kageyama)

7 Jun 2016 – She’s 21, has thyroid cancer, and wants people in her prefecture in northeastern Japan to get screened for it. That statement might not seem provocative, but her prefecture is Fukushima, and of the 173 young people with confirmed or suspected cases since the 2011 nuclear meltdowns there, she is the first to speak out.

That near-silence highlights the fear Fukushima thyroid-cancer patients have about being the “nail that sticks out,” and thus gets hammered.

The thyroid-cancer rate in the northern Japanese prefecture is many times higher than what is generally found, particularly among children, but the Japanese government says more cases are popping up because of rigorous screening, not the radiation that spewed from Fukushima Dai-ichi power plant.

To be seen as challenging that view carries consequences in this rigidly harmony-oriented society. Even just having cancer that might be related to radiation carries a stigma in the only country to be hit with atomic bombs.

“There aren’t many people like me who will openly speak out,” said the young woman, who requested anonymity because of fears about harassment. “That’s why I’m speaking out so others can feel the same. I can speak out because I’m the kind of person who believes things will be OK.”

She has a quick disarming smile and silky black hair. She wears flip-flops. She speaks passionately about her new job as a nursery school teacher. But she also has deep fears: Will she be able to get married? Will her children be healthy?

She suffers from the only disease that the medical community, including the United Nations Scientific Committee on the Effects of Atomic Radiation, has acknowledged is clearly related to the radioactive iodine that spewed into the surrounding areas after the only nuclear disaster worse than Fukushima’s, the 1986 explosion and fire at Chernobyl, Ukraine.

Though international reviews of Fukushima have predicted that cancer rates will not rise as a result of the meltdowns there, some researchers believe the prefecture’s high thyroid-cancer rate is related to the accident.

The government has ordered medical testing of the 380,000 people who were 18 years or under and in Fukushima prefecture at the time of the March 2011 tsunami and quake that sank three reactors into meltdowns. About 38 percent have yet to be screened, and the number is a whopping 75 percent for those who are now between the ages of 18 and 21.

The young woman said she came forward because she wants to help other patients, especially children, who may be afraid and confused. She doesn’t know whether her sickness was caused by the nuclear accident, but plans to get checked for other possible sicknesses, such as uterine cancer, just to be safe.

“I want everyone, all the children, to go to the hospital and get screened. They think it’s too much trouble, and there are no risks, and they don’t go,” the woman said in a recent interview in Fukushima. “My cancer was detected early, and I learned that was important.”

Thyroid cancer is among the most curable cancers, though some patients need medication for the rest of their lives, and all need regular checkups.

The young woman had one cancerous thyroid removed, and does not need medication except for painkillers. But she has become prone to hormonal imbalance and gets tired more easily. She used to be a star athlete, and snowboarding remains a hobby.

A barely discernible tiny scar is on her neck, like a pale kiss mark or scratch. She was hospitalized for nearly two weeks, but she was itching to get out. It really hurt then, but there is no pain now, she said with a smile.

“My ability to bounce right back is my trademark,” she said. “I’m always able to keep going.”

She was mainly worried about her parents, especially her mother, who cried when she found out her daughter had cancer. Her two older siblings also were screened but were fine.

Many Japanese have deep fears about genetic abnormalities caused by radiation. Many, especially older people, assume all cancers are fatal, and even the young woman did herself until her doctors explained her sickness to her.

The young woman said her former boyfriend’s family had expressed reservations about their relationship because of her sickness. She has a new boyfriend now, a member of Japan’s military, and he understands about her sickness, she said happily.

A support group for thyroid cancer patients was set up earlier this year. The group, which includes lawyers and medical doctors, has refused all media requests for interviews with the handful of families that have joined, saying that kind of attention may be dangerous.

When the group held a news conference in Tokyo in March, it connected by live video feed with two fathers with children with thyroid cancer, but their faces were not shown, to disguise their identities. They criticized the treatment their children received and said they’re not certain the government is right in saying the cancer and the nuclear meltdowns are unrelated.

Hiroyuki Kawai, a lawyer who also advises the group, believes patients should file Japan’s equivalent of a class-action lawsuit, demanding compensation, but he acknowledged more time will be needed for any legal action.

“The patients are divided. They need to unite, and they need to talk with each other,” he told AP in a recent interview.

The committee of doctors and other experts carrying out the screening of youngsters in Fukushima for thyroid cancer periodically update the numbers of cases found, and they have been steadily climbing.

In a news conference this week, they stuck to the view the cases weren’t related to radiation. Most disturbing was a cancer found in a child who was just 5 years old in 2011, the youngest case found so far. But the experts brushed it off, saying one wasn’t a significant number.

“It is hard to think there is any relationship,” with radiation, said Hokuto Hoshi, a medical doctor who heads the committee.

Shinsyuu Hida, a photographer from Fukushima and an adviser to the patients’ group, said fears are great not only about speaking out but also about cancer and radiation.

He said that when a little girl who lives in Fukushima once asked him if she would ever be able to get married, because of the stigma attached to radiation, he was lost for an answer and wept afterward.

“They feel alone. They can’t even tell their relatives,” Hida said of the patients. “They feel they can’t tell anyone. They felt they were not allowed to ask questions.”

The woman who spoke to AP also expressed her views on video for a film in the works by independent American filmmaker Ian Thomas Ash.

She counts herself lucky. About 18,000 people were killed in the tsunami, and many more lost their homes to the natural disaster and the subsequent nuclear accident, but her family’s home was unscathed.

When asked how she feels about nuclear power, she replied quietly that Japan doesn’t need nuclear plants. Without them, she added, maybe she would not have gotten sick.