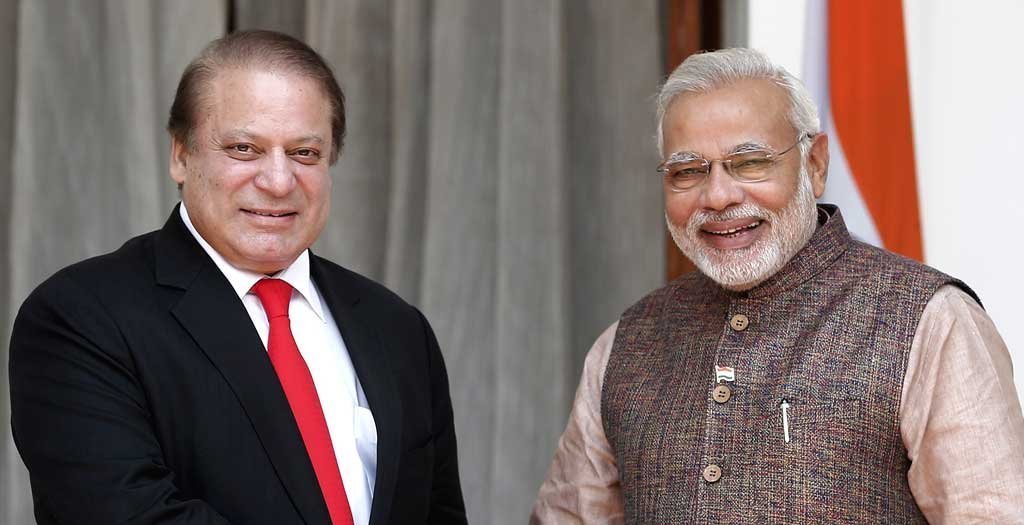 27 Jun 2016 – Away from the distractions caused by the British Brexit vote the process of Eurasian construction has just taken another big step forward with the agreement of India and Pakistan to join the Chinese and Russian led Shanghai Cooperation Organisation as full members.

Iran is expected to follow shortly, leaving the whole of Eurasia united under the umbrella of this organisation apart from a few small countries and the states of Europe which are part of the Western alliance.  Even countries like Turkey and Azerbaijan, which are aligned with the West, now have have relations with it.

The Shanghai Cooperation Organisation is not an “eastern NATO” – a sort of Warsaw Pact of eastern and central Eurasia – but neither is it the empty talking-shop Western commentators sometimes pretend it is.

The Shanghai Cooperation Organisation has a constitution and structure, and it most definitely does have a security dimension even if it is one which in theory is focused on anti-terrorism in Central Asia rather than in meeting any conventional security threat from the West.

The Shanghai Cooperation Organisation is closely linked to the Russian-led Collective Security Treaty Organisation (“CSTO”), which most definitely is a military alliance bringing together Russia and its closest partners with the former USSR.

Most importantly, at the core of the Shanghai Cooperation Organisation is the military-strategic relationship between China and Russia.  These two countries, despite attempts in the West to deny the fact, most definitely are military allies.  Putin recently actually admitted as much.  Moreover he also disclosed something which was already obvious to anyone who follows their respective actions on the world stage closely, which is that the two countries’ leaderships are in constant communication with each other.  As reported Putin’s precise words were as follows:

“We are in constant contact and we consult on global and regional issues. Since we consider each other close allies, naturally, we always listen to our partners and take into account each other’s interests”.

To get a sense of how close military cooperation between China and Russia has become, consider that the two countries recently conducted a joint command exercise in Moscow involving joint planned use of their anti-ballistic missile defences.  The US would never do such a thing with any of its allies and if it did it would certainly not make the fact public.

When military relations between two countries are so close as to conduct exercises like this, it is a certainty that a web of security, intelligence and defence related agreements exist between them.  The fact that we do not know about them does not mean that they do not exist.  It means that the leaderships of the two countries – Russia’s Security Council and China’s Politburo – have decided not to make them public.  The reason for that is because disclosing their existence would reveal the extent of their countries’ military alliance, something which neither country for the moment wants to do.

The fact that at the core of the Shanghai Cooperation Organisation is the alliance of China and Russia means that it cannot be just a talking shop.  Rather it is part of a web of organisations – the Eurasian Economic Union, the Silk Road, the BRICS group and the CSTO – that the two allies are weaving around themselves in order to extend the regional and global influence of their alliance.

The Pakistanis and Indians understand this very well.  By joining the Shanghai Cooperation Organisation the Pakistanis and the Indians are not allying themselves with the Chinese and the Russians against the US and the West.  The reason the Chinese and the Russians prefer to keep the fact of their alliance secret is precisely so that they do not have to present countries like Pakistan and India with such a binary choice.  Rather it enables the Pakistanis and the Indians – two countries traditionally at odds with each other – to maintain their traditional links with their old allies – China in the case of Pakistan, Russia in the case of India – whilst enhancing their formal links with one of the two major alliances of today’s world, which is gradually reshaping the world around it.