What Is NATO — Really?

7 Jul 2016 – When NATO was founded, that was done in the broader context of the U.S. Marshall Plan, and the entire U.S. operation to unify the developed Atlantic countries of North America and Europe, for a coming Cold War allegedly against communism, but actually against Russia — the core country not only in the U.S.S.R. but also in Eastern Europe (the areas that Stalin’s forces had captured from Hitler’s forces). 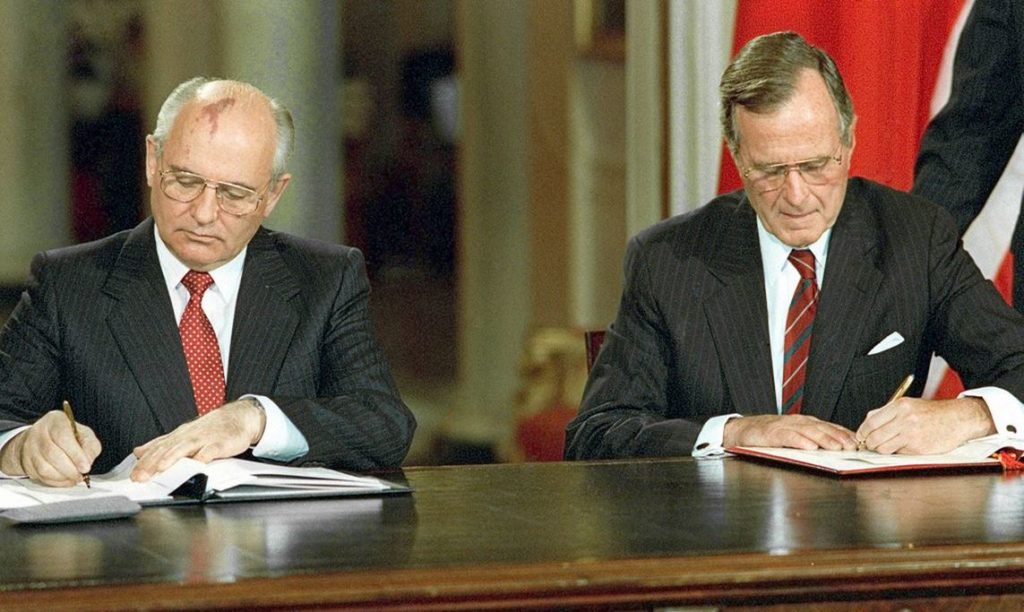 NATO was founded with the North Atlantic Treaty in Washington DC on 4 April 1949, and its famous core is:

Article 5: The Parties agree that an armed attack against one or more of them in Europe or North America shall be considered an attack against them all and consequently they agree that, if such an armed attack occurs, each of them, in exercise of the right of individual or collective self-defence recognised by Article 51 of the Charter of the United Nations, will assist the Party or Parties so attacked by taking forthwith, individually and in concert with the other Parties, such action as it deems necessary, including the use of armed force, to restore and maintain the security of the North Atlantic area.

However, widely ignored is that the Treaty’s preamble states:

The Parties to this Treaty reaffirm their faith in the purposes and principles of the Charter of the United Nations and their desire to live in peace with all peoples and all governments. They are determined to safeguard the freedom, common heritage and civilisation of their peoples, founded on the principles of democracy, individual liberty and the rule of law. They seek to promote stability and well-being in the North Atlantic area. They are resolved to unite their efforts for collective defence and for the preservation of peace and security. They therefore agree to this North Atlantic Treaty.

Consequently, anything that would clearly be in violation of “the purposes and principles of the Charter of the United Nations and their desire to live in peace with all peoples and all governments,” or of “the rule of law,” would clearly be in violation of the Treaty, no matter what anyone might assert to the contrary. (As regards “the principles of democracy,” that’s a practical matter which might be able to be determined, in a particular case, by means of polling the public in order to establish what the public in a given country actually wants; and, as regards “individual liberty,” that is often the liberty of one faction against, and diminishing, the liberty of some other faction(s), and so is devoid of real meaning and is propagandistic, not actually substantive. Even the “rule of law” is subject to debate, but at least that debate can be held publicly within the United Nations, and so isn’t nearly as amorphous. Furthermore, as far as “individual liberty” is concerned, the Soviet Union was a founding member of the UN and of its Security Council with the veto-right which that entails, but was never based upon “individual liberty”; and, so, whatever “rule of law” the UN has ever represented, isn’t and wasn’t including “individual liberty”; therefore, by the preamble’s having subjected the entire document of the NATO Treaty to “the principles and purposes of the Charter of the United Nations,” the phrase “individual liberty” in the NATO Treaty isn’t merely propagandistic — it’s actually vacuous.)

The NATO Treaty, therefore, is, from its inception, a Treaty against Russia. It is not really — and never was — a treaty against communism. The alliance’s ideological excuse doesn’t hold, and never was anything more than propaganda for a military alliance of America and its allies, against Russia and its allies. Consequently, the Warsaw Pact had to be created, on 14 May 1955, as an authentic defensive measure by Russia and its allies. This had really nothing to do with ideology. Ideology was and is only an excuse for war — in that case, for the Cold War. For example, a stunningly honest documentary managed to be broadcast in 1992 by the BBC, and showed that the U.S. OSS-CIA had begun America’s war against “communism” even at the very moments while WW II was ending in 1945, by recruiting in Europe ‘former’ supporters of Hitler and Mussolini, who organized “false flag” (designed-to-be-blamed-against-the-enemy) terrorist attacks in their countries, which very successfully terrified Europeans against ‘communism’ (i.e., against Russia and its allies). As one of the testifiers in that video noted (at 6:45), “In 1945 the Second World War ended and the Third World War started.” The ‘former’ fascists took up the cause against “communism” but actually against Russia; it wasn’t democracy-versus-communism; it was fascists continuing — but now under the ‘democratic’ banner — their war against Russia. This operation was, until as late as 1990, entirely unknown to almost all democratically elected government officials. The key mastermind behind it, the brilliant double-agent Allen Dulles, managed to become officially appointed, by U.S. President Eisenhower in 1953, to lead the CIA. Originally, that subversive-against-democracy element within the CIA had been only a minority faction. Dulles had no qualms even about infiltrating outright Nazis into his operation, and his operation gradually took over not only the U.S. but its allies. His key point man on that anti-democracy operation was James Angleton — a rabid hater of Russians, who was as psychopathic an agent for America’s aristocracy as was Dulles himself. But the CIA was only one of the broader operation’s many tentacles, others soon were formed such as the Bilderberg group. Then, the CIA financed the start of the European Union, which was backed strongly by the Bilderbergers. This was sold as democratic globalism, but it’s actually fascist globalism, which is dictatorial in a much more intelligent way than Hitler and Mussolini had tried to impose merely by armed force. It relies much more on the force of deception — force against the mind, instead of against the body.

Mikhail Gorbachev failed to recognize this fact about NATO (its actual non-ideological, pure conquest, orientation) in 1990, when he agreed and committed to the dismemberment and end of Russia’s established system of alliances, without there being any simultaneous mirror-image termination of America’s system of alliances — including NATO. He wasn’t at all a strategic thinker, but instead tried to respond in a decent way to the short-term demands upon him — such as for immediate democracy. He was a deeply good man, and courageous too, but unfortunately less intelligent than was his actual opponent at that key moment, in 1990, George Herbert Walker Bush, who was as psychopathic as Gorbachev was principled.