23 Jun 2016 – “Xenophobic and racist rhetoric seems not only to be on the rise, but also to be becoming more socially and politically acceptable.”

The warning has been heralded by the authoritative voice of Mogens Lykketoft, current president of the United Nations General Assembly, who on World Refugee Day on June 20, reacted to the just announced new record number of people displaced from their homes due to conflict and persecution.

In fact, while last year their number exceeded 60 million for the first time in United Nations history, a tally greater than the population of the United Kingdom, or of Canada, Australia and New Zealand combined, the Global Trends 2015 report now notes that 65.3 million people were displaced at the end of 2015, an increase of more than 5 million from 59.5 million a year earlier. 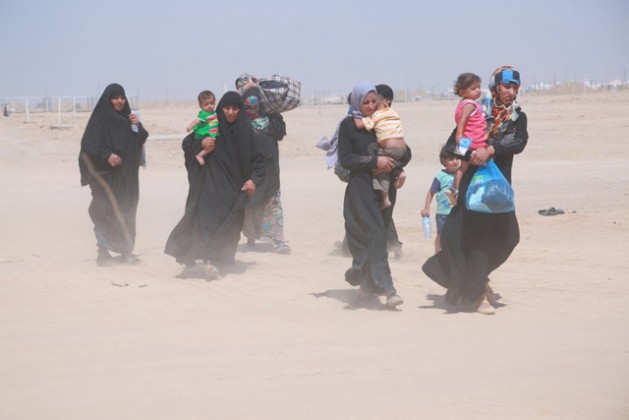 Families from Falluja, Iraq, continue to flee from the city as fighting continues. Credit: ©UNHCR/Anmar Qusay

The tally comprises 21.3 million refugees, 3.2 million asylum seekers, and 40.8 million people internally displaced within their own countries, says the new report, which has been compiled by the Office of the UN High Commissioner for Refugees (UNHCR).

Measured against the world’s population of 7.4 billion people, 1 in every 113 people globally is now either a refugee, an asylum-seeker or internally displaced, putting them at a level of risk for which UNHCR knows no precedent, the report adds.

On average, 24 people were forced to flee each minute in 2015, four times more than a decade earlier, when six people fled every 60 seconds. Syria, Afghanistan and Somalia produce half the world’s refugees, at 4.9 million, 2.7 million and 1.1 million, respectively.

And Colombia had the largest numbers of internally displaced people (IDPs), at 6.9 million, followed by Syria’s 6.6 million and Iraq’s 4.4 million, according to the new Global Trends report. 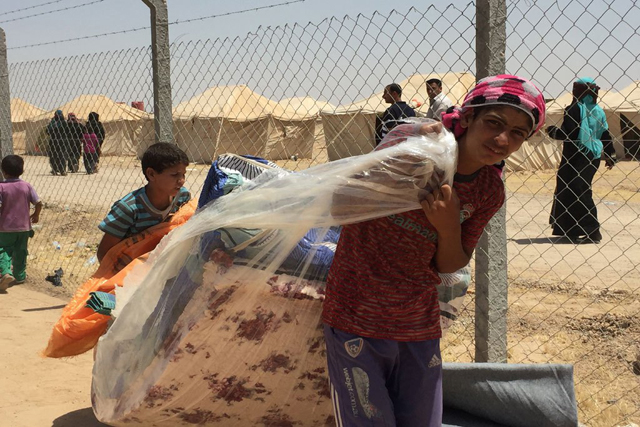 Distressingly, children made up an astonishing 51 per cent of the world’s refugees in 2015, with many separated from their parents or travelling alone, the UN reported.

Anti-Refugee Rhetoric Is So Loud…

On this, UN secretary general Ban Ki-moon stressed that meanwhile, “divisive political rhetoric on asylum and migration issues, rising xenophobia, and restrictions on access to asylum have become increasingly visible in certain regions, and the spirit of shared responsibility has been replaced by a hate-filled narrative of intolerance.”

With anti-refugee rhetoric so loud, he said, it is sometimes difficult to hear the voices of welcome.

For his part, Mogens Lykketoft, UN General Assembly President, alerted that “violations of international humanitarian and human rights law are of grave concern… Xenophobic and racist rhetoric seems not only to be on the rise, but also to becoming more socially and politically acceptable…”

The UN General Assembly’s president warning against the rising wave of extremism and hatred, came just a week after a UN High Commissioner for Human Rights, Zeid Ra’ad Al Hussein’ strong statement before the 32 session of the Geneva-based UN Human Rights Council (13 June to 1 July 2016).

“Hate is becoming mainstreamed. Walls – which tormented previous generations, and have never yielded any sustainable solution to any problem – are returning. Barriers of suspicion are rising, snaking through and between our societies – and they are killers,” the High Commissioner on June 13 warned.

Against this backdrop and the need to find ways how to halt and even prevent the growing waves of extremism of all kinds, the Geneva Centre on Human Rights Advancement and Global Dialogue on June 23 organised a panel themed Deradicalisation or the Roll-Back of Extremism.

IPS asked Algerian diplomat Idriss Jazairy, Board Member of the Geneva Centre, about the concept of this panel he moderated.

“Violent extremism, which sprang up in what might be perceived here as remoter parts of the world during the last part of the XXth century, has spread its dark shadow worldwide and is henceforth sparing no region… And with it, wanton deaths and desolation.”

He then explained that unregulated access to lethal weapons in some countries make matters worse. Violent extremism fuels indiscriminate xenophobic responses. “These in turn feed the recruitment propaganda of terrorist groups competing for world attention.”

According to the panel moderator, it seems at first sight that conflict is intensifying. “In fact what is happening is that it has changed its nature from more or less predictable classical inter-State or civil conflict to a generalisation of unpredictable ad hoc violence by terrorist groups randomising victims and outbidding one another in criminal horror.”

Thus casualties are not more numerous than was the case in the past, with some important exceptions such as Algeria during the Dark Decade of the ‘nineties, said Jazairy. 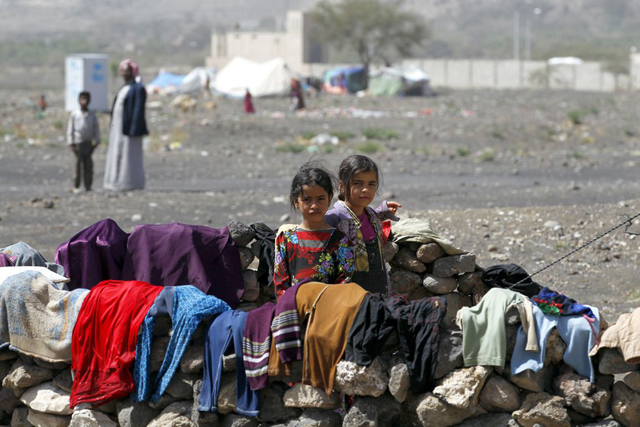 In Yemen, internally displaced children stand outside their family tent after the family fled their home in Saada province and found refuge in Darwin camp, in the northern province of Amran. Photo credit: UNHCR/Yahya Arhab

“Yet their impact is greater because attacks spread more fear among ordinary people and reporting on these crimes is echoed instantly across the world. The danger of polarisation of societies is thereby enhanced and peace is jeopardised.”

This meets the ultimate goal of terrorist violence, he added, while stressing that such violence has ceased to be simply a national or regional challenge. “It is now of worldwide concern. A concern that calls for immediate security responses with due respect for human rights of course.”

Jazairy explained that the panel has been intended to contribute to the maturing of such strategies and to rolling back violent extremism, xenophobic populism fuelled by it and that the latter in turn further exacerbates.

Understanding the Genesis of Violent Extremism

According to the panel moderator, understanding the genesis of violent extremism is not tantamount to excusing it despite what some politicians claim. It is a precondition to providing a smart and durable policy response, rather than a dumb crowd-pleasing short-term knee-jerk reaction, he added.

“True there is no single explanation to the emergence of violent extremism… Street crime in overpopulated cities may be its incubator.”

On this, Jazairy explained that in the South, high rates of youth unemployment and shortfalls in the respect of basic freedoms together with inadequate governance may be relevant considerations. In the North, he added, glass ceilings and marginalisation of minority groups and the desire of youths feeling powerless to develop an alternative identity and to become all-powerful, may also be at issue.

The former head of a UN agency then warned that understanding the genesis of violent extremism is not a philosophical debate as it ties in with the issue of how to “de-radicalise”.

In Belgium, he said, it has been claimed that condemnations in absentia of home grown terrorists that have joined Daesh (Islamic State) has pushed some to not return home with a group of others for fear of the penalty, thus radicalising them further.