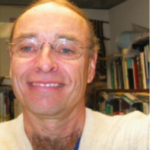 17 Aug 2016 – When we think about foreign policy, when we consider our course of action in a conflict, how do we make decisions? Are they wise decisions? Can we do better?

We are arguably decades into the war on terror, probably beginning in the modern era back in 1964 with the Palestinian Liberation Organization’s attack on the National Water Carrier in Israel. Everything we’ve done has been destructive. We are great at destroying. Bomb refugee camps, hospitals, funerals. Bomb Iraq, and Afghanistan, also Pakistan, don’t forget Somalia, Libya or Yemen. Bomb bomb bomb.

Fast forward to today and we are, as usual, bombing the bejeezus out of several countries. Just in the bombing campaign against the Islamic State, as of 7 August, the US has conducted 4,433 bombing raids on Syrian territory and 6,693 on targets in Iraq in its 708 days of operations, and the Pentagon says it’s costing about $11.9 million each one of those days. The sorties run far more than 150,000 with enormous fuel use, plus the further giant carbon footprint as they destroyed 1,620 oil depots and other oil facilities. Is it any wonder that the US military is the single largest consumer of petroleum fuel on Earth at more than 100 million barrels annually and we’ve taken over from Saddam as the world’s biggest destroyer of oil wells and tanks and oil production facilities? Good luck meeting any carbon reduction goals as long as our solution to conflict is to drive fuel-hog planes to bomb oil facilities.

But is there any other way to defeat terrorism?

Big carrots and big nonviolent sticks have worked well on dictators, military juntas, despots, foreign rulers and fascists from Serbia to Chile to Eastern and Central Europe to the Philippines and elsewhere. Such a program has worked on state terrorists, communist dictators, and brutal monarchs. It takes three primary components.

Apathy and conflict avoidance do not work. Destruction does not work, unless we seek temporary gains at the cost of long term losses.

Simply put, what we are currently doing—daily bombing in up to seven nations–has minimal benefits (except to war profiteers whose blood money comes out of taxpayers’ pockets) and maximal costs. It is long past the time when we should be trying an entirely different way to run our international policies and conflict management methods.

When atrocities have been committed it is harder to avoid reacting with violence to fresh attacks, but that is exactly what would give the US enormous approval and goodwill in the world. We can fix this, but it will take that level of regrouping and reassessment. When one tactic proves unworkable, it’s time to try another. War has had its fair chance and has failed, completely, for 15 years or more.

Hey, ISIS, we need to talk.

Hey, my fellow American voters, we need to elect leaders who can get this done. Innovation has been abandoned to devastation—let’s fix this.

Anticopyright: Editorials and articles originated on TMS may be freely reprinted, disseminated, translated and used as background material, provided an acknowledgement and link to the source, TMS: Game Changer, is included. Thank you.