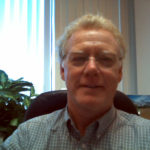 Seventy-one years ago on August 6th and 9th the world entered the nuclear age with the bombings of Hiroshima and Nagasaki, killing and injuring in excess of 200,000 immediately and untold additional fatalities from lingering radiation effects.

The first nuclear arms race followed, resulting in the ability to destroy civilizations and life as we know it on the planet.  Under the pretense of Mutually Assured Destruction – M.A.D., where the U.S. and U.S.S.R. threatened to destroy each other if attacked– the myth of nuclear deterrence was born. This ultimately became the greatest driving force of the arms race because if one side had one nuclear weapon the other needed two and so on and so on until the global arsenals swelled to tens of thousands of weapons. We have lived with this threat hanging over us to the present day lulled into a state of psychic numbness, unaware and oblivious to our potential impending doom.

We have brief reminders of this danger from time to time and passing acknowledgements to the extreme peril we face, yet we never have the courage to take the steps necessary to eliminate this threat. In a classic bullying posture we continue to threaten the use of these weapons, effectively holding the rest of the world hostage to our delusion of safety, akin to a smoker floating on a raft in a pool of gasoline. We now recognize the dangers posed by these weapons is much greater than we had previously thought.  Physicians for Social Responsibility, the U.S. affiliate of the International Physicians for the Prevention of Nuclear War, has scientifically shown that the detonation of “only” 100 nuclear warheads could kill two billion people from the devastating climate change and nuclear famine that would follow. There are currently more than 15,000 weapons on the planet. The United States and Russia have approximately 7,000 each.

The M.A.D. doctrine of the Cold War is indeed crazy as we now realize that the use of even tiny fractions of existing stockpiles used unilaterally with no retaliatory response puts millions of people from the attacking country at risk. Thus the M.A.D. doctrine is now better termed S.A.D. for Self Assured Destruction turning any country that uses their weapons into de-facto national suicide bombers.

As the first and only nation to have used nuclear weapons, the United States response to these frightening realities has not been to lead toward disarmament as bound by the international Non-Proliferation Treaty, but rather to initiate a second arms race by spending a trillion dollars over three decades to modernize, miniaturize and make more effective our nuclear arsenals. These steps will actually make the weapons easier and more likely to be used. And as deterrent doctrine would predict, Russia, China and the nuclear nations will respond with their own buildups, not to be outdone. Reflecting this reality, the Bulletin of Atomic Scientists has moved their Atomic Doomsday Clock representing the apocalyptic countdown to nuclear annihilation to three minutes till midnight. This is the closest it has been since 1953 at the height of the Cold War after the first hydrogen bomb was exploded.

Our quadrennial presidential campaign, either unaware of the current scientific evidence on the heightened risk on the use of nuclear weapons or not caring in presenting a false veil of strength has brought the full spectrum of response to the issue of nuclear weapons.

Candidate Trump has suggested that since we have nuclear weapons he would consider using them in Europe and elsewhere and that he is okay with an arms race in Asia.

Candidate Clinton has indicated she would continue the current policies of the Obama Administration with its trillion dollar buildup.

Only former candidate Sanders proposed working to eliminate nuclear weapons, cancelling the trillion dollar funding of the new arms race and supporting the congressional S.A.N.E., Smarter Approach to Nuclear Expenditures act to reduce nuclear spending by $100 billion over the next 10 years.

President Obama also has an opportunity to lead in the final months of his presidency by declaring a “no first use” policy by the United States and taking our weapons off of hair trigger alert. These symbolic moves would send a signal to the world and provide an opportunity for our next president to build upon in realizing a world without nuclear weapons.

The ongoing existence of nuclear weapons is no longer a political issue, either Democratic or Republican; it is a survival issue. When the leaders refuse to lead, then the people must act.

Barring accidental or intentional nuclear war by the nuclear powers, the way forward is most likely to come from the non-nuclear nations as they have grown impatient with being held hostage and dictated to by the nuclear powers. More than 60 percent of all nations—127 to date– have signed the Humanitarian Pledge calling for the elimination of all nuclear weapons. From this the U.N. established the Open Ended Working Group that has been meeting regularly to develop a nuclear ban treaty. It is anticipated that a treaty to ban nuclear weapons will be introduced by this group in the next session of the United Nations.  Such a treaty would place nuclear weapons in the same category as all other weapons of mass destruction from chemical and biologic weapons to land mines. Such a move would make pariah states of any nations continuing to maintain nuclear arsenals.

As the nuclear clock continues to tick, the question remains. Will we honor the memory of the victims of nuclear weapons from the past both deceased and living to make sure these weapons are never used again or will we continue down the path of nuclear roulette? Doing nothing is not an option. Time is not on our side. The choice is ours.

Robert F. Dodge, M.D., is a practicing family physician, writes for PeaceVoice, and serves on the boards of the Nuclear Age Peace Foundation, Beyond War, Physicians for Social Responsibility Los Angeles, and Citizens for Peaceful Resolutions.

Anticopyright: Editorials and articles originated on TMS may be freely reprinted, disseminated, translated and used as background material, provided an acknowledgement and link to the source, TMS: Hiroshima, Presidential Campaigns and Our Nuclear Future, is included. Thank you.