31 Jul 2016 – In 1988, my then Hyannis Port neighbor the late Kurt Vonnegut wrote a prescient letter to the Earth’s planetary citizens of 2088 for Volkswagen’s TIME magazine ad campaign. His seven points of advice are perhaps more relevant today than at any time in human history. We should keep this advice in mind this election year and adopt Vonnegut’s recommendations while we still can. 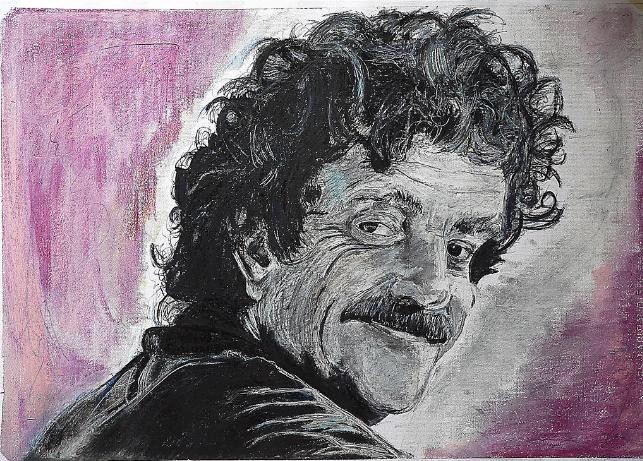 It has been suggested that you might welcome words of wisdom from the past, and that several of us in the twentieth century should send you some. Do you know this advice from Polonius in Shakespeare’s Hamlet: ‘This above all: to thine own self be true’? Or what about these instructions from St. John the Divine: ‘Fear God, and give glory to Him; for the hour of His judgment has come’? The best advice from my own era for you or for just about anybody anytime, I guess, is a prayer first used by alcoholics who hoped to never take a drink again: ‘God grant me the serenity to accept the things I cannot change, courage to change the things I can, and wisdom to know the difference.’

Our century hasn’t been as free with words of wisdom as some others, I think, because we were the first to get reliable information about the human situation: how many of us there were, how much food we could raise or gather, how fast we were reproducing, what made us sick, what made us die, how much damage we were doing to the air and water and topsoil on which most life forms depended, how violent and heartless nature can be, and on and on. Who could wax wise with so much bad news pouring in?

For me, the most paralyzing news was that Nature was no conservationist. It needed no help from us in taking the planet apart and putting it back together some different way, not necessarily improving it from the viewpoint of living things. It set fire to forests with lightning bolts. It paved vast tracts of arable land with lava, which could no more support life than big-city parking lots. It had in the past sent glaciers down from the North Pole to grind up major portions of Asia, Europe, and North America. Nor was there any reason to think that it wouldn’t do that again someday. At this very moment it is turning African farms to deserts, and can be expected to heave up tidal waves or shower down white-hot boulders from outer space at any time. It has not only exterminated exquisitely evolved species in a twinkling, but drained oceans and drowned continents as well. If people think Nature is their friend, then they sure don’t need an enemy.

Yes, and as you people a hundred years from now must know full well, and as your grandchildren will know even better: Nature is ruthless when it comes to matching the quantity of life in any given place at any given time to the quantity of nourishment available. So what have you and Nature done about overpopulation? Back here in 1988, we were seeing ourselves as a new sort of glacier, warm-blooded and clever, unstoppable, about to gobble up everything and then make love—and then double in size again.

On second thought, I am not sure I could bear to hear what you and Nature may have done about too many people for too small a food supply.

And here is a crazy idea I would like to try on you: Is it possible that we aimed rockets with hydrogen bomb warheads at each other, all set to go, in order to take our minds off the deeper problem—how cruelly Nature can be expected to treat us, Nature being Nature, in the by-and-by?

Now that we can discuss the mess we are in with some precision, I hope you have stopped choosing abysmally ignorant optimists for positions of leadership. They were useful only so long as nobody had a clue as to what was really going on—during the past seven million years or so. In my time they have been catastrophic as heads of sophisticated institutions with real work to do.

The sort of leaders we need now are not those who promise ultimate victory over Nature through perseverance in living as we do right now, but those with the courage and intelligence to present to the world what appears to be Nature’s stern but reasonable surrender terms:

Am I too pessimistic about life a hundred years from now? Maybe I have spent too much time with scientists and not enough time with speechwriters for politicians. For all I know, even bag ladies and bag gentlemen will have their own personal helicopters or rocket belts in A.D. 2088. Nobody will have to leave home to go to work or school, or even stop watching television. Everybody will sit around all day punching the keys of computer terminals connected to everything there is, and sip orange drink through straws like the astronauts.