Nice, Munich and the Terrorism of the West

It’s safe to say that there is indeed ‘terrorism everywhere’ – and that the media helps to propagate it. 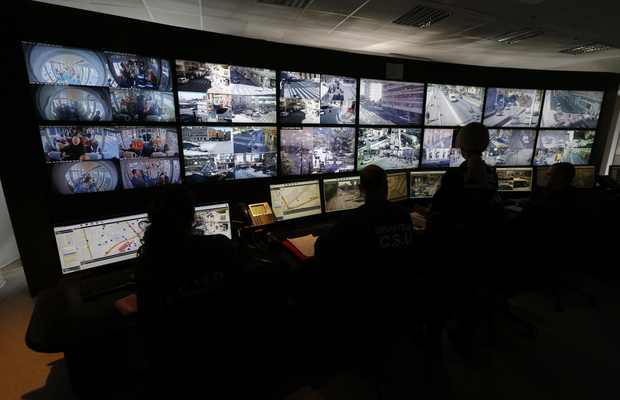 25 Jul 2016 – From my base in southern Italy this month, I got to experience Italian television coverage of the aftermath of the 14 July lorry attack in Nice, France, that killed 84 people.

Predictably, coverage entailed headlines like “Islamic Terrorism Everywhere”, which prompted Italians in my midst to unleash lively Muslim-directed curses involving references to various human anatomy and to hyperventilate about how in Europe it was no longer possible to even walk outside without being blown up or otherwise Islamically terrorised.

In certain other parts of the world, of course, it has for years often been a crapshoot of sorts to walk outside – or engage in any number of other mundane activities like playing football, attending weddings, attending funerals, sleeping – without attracting the attention of projectiles belonging to the United States or Israel, to name two of the top offenders.

It bears mentioning, on this front, that Italy is itself no minor accomplice to global killing patterns given its service as loyal military ally of the US and launching pad for drone missions. But terrorism by drone doesn’t factor into Eurocentric concerns.

Following the Nice attack, Italian TV not only less-than-subtly transmitted the message that Islam is in fact the problem; news reports also zoomed in repeatedly on the identity card of attacker Mohamed Lahouaiej-Bouhlel to give viewers an up-close-and-personal view of the latest face of terror, of concentrated evil.

What the combination of the general Islamic-terror-everywhere narrative and the zoomed-in, spotlighted individual brown face does is to endow certain physiognomies with a fundamental terrorist essence. It’s an approach that is far from unique to the Italian media, and that simply begs for ever more enhanced racial profiling and xenophobia.

This is not, obviously, to put forth some absurd argument according to which images of such attackers shouldn’t be disseminated. Rather, it is to point out that the singular victimisation, vilification and hysteria that attend such attacks in the West don’t gel with reality. Where are the zoomed-in identity cards of, for example, George W. Bush, Barack Obama, or Benjamin Netanyahu, so that we might excruciatingly scrutinise them for clues as to how these characters became sociopathic killers?

Not to make light of the terrible and tragic attack in Nice, of course, but it is presumably no more terrible to have one’s body levelled by a lorry than to have it blasted to smithereens by American and/or Israeli munitions. The latter variety of slaughter will, however, continued to be justified on account of the fact that it is conducted by the ostensibly legitimate military and security forces of recognised states, their sociopathic credentials notwithstanding.

Moral of the story: if you happen to exist in the vicinity of Arab/Muslim formations, you’re legitimate collateral damage – and you don’t stand a chance of being humanised post-mortem in the fashion of the Nice victims. In fact, it’s unlikely that even an iota of your history as a human being on this earth will be permitted to cross the threshold of Western consciousness.

Eighty-four lives lost in Nice is an atrocity of extreme proportions, no doubt. But what of the estimated half a million Iraqi children wiped out via US sanctions in the 1990s, before we even got down to serious business via the war on terror? Back in 1996, then-US Secretary of State Madeleine Albright was asked by television journalist Lesley Stahl for her thoughts on the sanctions that had killed “more children than died in Hiroshima”.

Albright’s opinion: “[W]e think the price is worth it.”

To be sure, half a million gradually extinguished young lives is not as conducive to media sensationalism as a rampaging lorry in France that spontaneously extinguishes 84. But still, where is Albright’s zoomed-in identity card? Where is the ID card of former US Secretary of State Condoleezza Rice, who lauded the carnage of Israel’s 2006 war on Lebanon – in which some 1,200 people were obliterated – as the “birth pangs of a new Middle East”?

It has already become tiresome to point out the institutionalised hypocrisy and discrepancies, but there’s not exactly an alternative – particularly when the very function of the Western establishment media is to fuel an anti-intellectual, anti-analytical, anti-empathetic approach to current events that furthers the political aims of dominant powers.

In the aftermath of the recent shooting at a Munich shopping centre, in which nine persons were killed, the Italian media were true to form – as were media counterparts across the West.

In other words, it doesn’t matter who the attacker is or what the precise circumstances are – everyone should still engage in one big anti-Muslim freak-out session. Which naturally serves to validate further punitively racist measures at home and lethally racist measures abroad.

In the end, it’s safe to say that there is indeed “TERRORISM EVERYWHERE” – and that the media helps to propagate it.