19 Aug 2016 – The heart breaking photograph of Omran Daqneesh, the little boy sitting alone in an ambulance with his face and body covered in blood and dirt after being pulled from a destroyed building has reminded the world, yet again, of the unimaginable horrors that Syrian children face every day, a spokesperson for the United Nations Children’s Fund (UNICEF) said today. 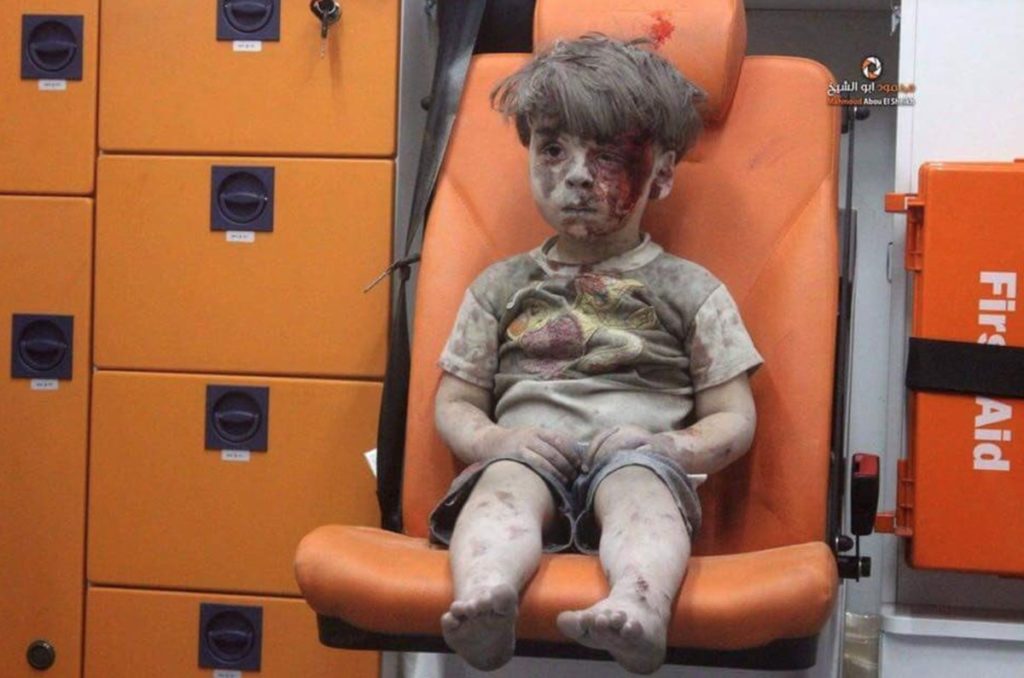 “No child in Syria [is] safe while the conflict drags on,” Christophe Boulierac, a spokesperson for the UN Children’s Fund (UNICEF) told the press at a regular briefing in Geneva, referring to the photograph which went viral on social media yesterday and has galvanized world attention to the suffering in Aleppo, Syria’s iconic second city.

“More than 3.7 million Syrian children under the age of five know nothing but displacement, violence and uncertainty,” he added underscoring the sheer desperation of the situation facing them and millions more in need of humanitarian aid in Syria and neighbouring countries.

According to UNICEF, the situation in Aleppo has continued to deteriorate in the past two weeks. It is particularly dire for civilians living in eastern parts of the city where taps have gone dry and the population, including approximately 100,000 children, rely on water from wells potentially contaminated by faecal matter and are unsafe to drink.

Heavy fighting and escalation of violence since 4 August have also prevented technicians from repairing the severely-damaged electricity and water systems.

In the midst of this situation, the UN children’s agency has been able to deliver 300,000 litres of fuel to water pumping stations in western parts of Aleppo, providing water to some 1.2 million people. It has also provided water purification tablets and suppled four million litres of drinking water, via trucks, on a daily basis to the western parts of the city.

However, these supplies were “not enough and it was not a solution,” said Mr. Boulierac. 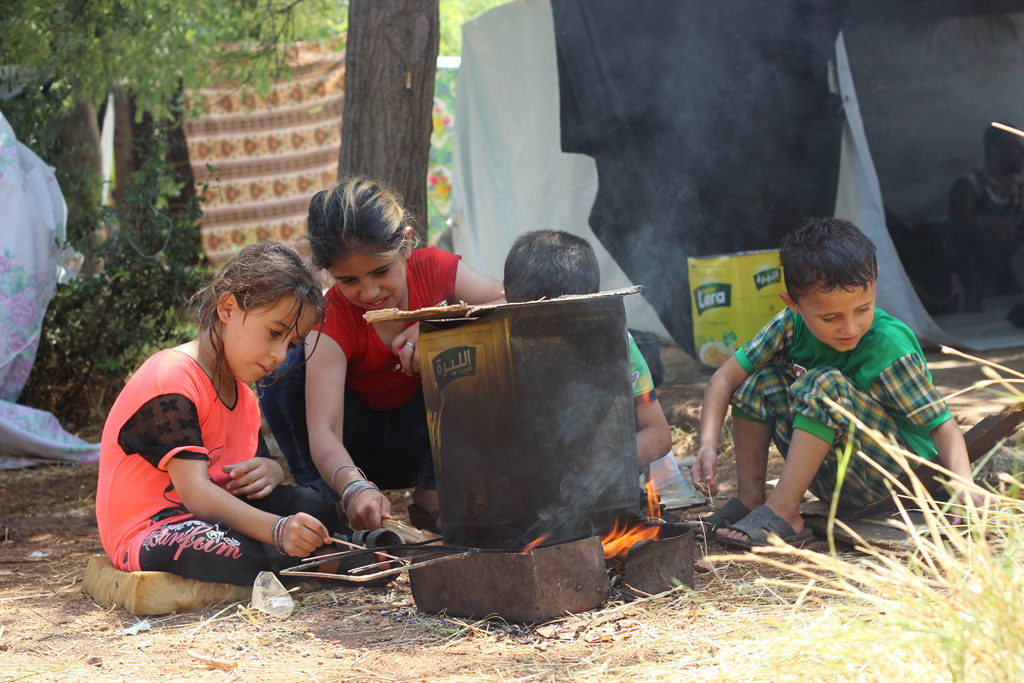 Children prepare a fire for cooking in Aleppo city, Syria. As of 2 August 2016, children are again facing terrible threats from new intense attacks and fighting in the western parts of the city. Photo: UNICEF/Khuder Al-Issa

“It [is] critical for UNICEF to be able to reach all parts of the war-torn city and to provide much needed assistance,” he stressed, reiterating the agency’s call on all parties to the conflict to immediately allow safe and protected access for technicians to conduct urgent repairs to restore electricity and water networks.

“The fighting [must be] stopped in order to do that,” he underlined.

Aid would never be suspended

At the same briefing, Bettina Luescher, a spokesperson for the UN World Food Programme (WFP) said the agency is deeply concerned about the situation in Aleppo and that during the week, it had been able to feed some 20,000 people in eastern parts of the city.

“Aid would never be suspended. [We are] ensuring that the little kids, grandmothers, mothers and fathers got food whatever it took,” she stated.

Responding to a question, she said that in June, 30 per cent of the food went into opposition-controlled areas, and that political opinions of people did not matter. “[The] number one goal [is] to feed civilians,” she stressed.

Furthermore, she explained that non-governmental organizations (NGOs) on the ground need a 48-hour pause immediately.

“Many little boys and girls need help, as they were in the same situation as little Omran,” she said, stressing that the siege has to stop.

In related news, Staffan de Mistura, UN Special Envoy for Syria welcomed the reports of evacuation of some 39 people, including several children and those in need of medical treatment from the besieged towns of Fouah (in Syria’s north-west) and Madaya (in the country’s south-west).

The evacuations were conducted by the Syrian Arab Red Crescent (SARC).

Thanking all those who were involved in the extraction, Mr. de Mistura said: “While this is a positive step, areas remain besieged by parties to the conflict and Syrians are in need of food and medical assistance to enter these areas”

He reiterated that in some places, including in the two towns, convoys have not been allowed to enter for over 110 days. He added that there are also reports of desperate need for food and other assistance in towns such as Darayya, a suburb of the capital Damascus.

The Special Envoy urged all parties to the conflict to allow humanitarian access and to evacuate those Syrians in need of medical assistance.