34 Years after the Beirut Sabra-Shatila Massacre

24 Sep 2016 – The intense summer heat was gone and the evening was breezy and cool that fateful Thursday evening, September 15, 1982, according to survivors of the Sabra-Shatila Massacre who, 34 years later, still remember and recount many details of the slaughter that was soon to follow.

It was following the 9/14/1982 assassination of President-elect Bachir Gemayel, leader of the Lebanese Forces militia and senior Kataeb Party official, that Israeli forces closed in with their tanks and blockaded the Shatila refugee camp and the adjacent Sabra neighborhood. By prearrangement with their Christian phalange allies, the Israeli invaders led the Kataeb affiliated Phalange militia from Beirut airport north two miles to inside the camp, in violation of their agreement with the US Reagan administration.

The militia’s intent was to slaughter Palestinians but anyone they encountered including some Lebanese among others, became targets. What followed were nearly three days of slaughter , rape and dismemberment of the civilian population, men, women and children as the Christian militia penetrated the camp and conducted a frenzied, partly drug fueled, killing spree slaughtering an estimated 1, 800 to 3,500. The carnage was aided by Israeli forces that surrounded Shatila, lighted the night sky with flares turning the night into day, provided heavy equipment to bury and hide bodies, communicated with the Phalange terrorists and blocked camp residents from fleeing Shatila during the carnage while ushering reinforcement killer militia inside.

Neither the Israeli organizers-facilitators nor their Lebanese designates were ever held accountable. The latter’s amnesty was assured by the political and moral corruption among the increasingly polarized sects in Lebanon. This fact transformed the killers and ‘warlords’ into “political lords”, several of whom still hold political “leadership” positions with a couple vying to be Lebanon’s next President. Their past crimes seemingly long forgotten.

In Lebanon’s 12 camps, among the Shatila Massacre victims family and community who along with international supporters, relive and re-examine the decades old massacre annually at Shatila’s Martyr’s Cemetery, there is increasing Despondency, Cynicism, and Determination. 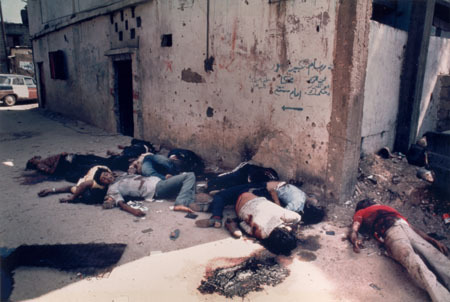 Despondency over the fact that Palestinians here in Lebanon and elsewhere are still awaiting justice, as Saeb Erekat, the Secretary General of the Palestine Liberation Organization (PLO) reminded the UN Security Council last weekend.

Despondency over the fact that the government of Lebanon continues to outlaw the elementary civil rights to work or to own a home. Both fundamental human rights which by international law are granted to refugees in every country, except Lebanon which continues to flaunt its obligations under binding Treaty and Customary International Law.

Sixty eight years after the 1948 Nakba and 49 years after the June 5, 1967 Naksa forced more than 100,000 Palestinians fleeing for their lives to seek refugee across the nearest border to their Zionist targeted homes and to enter Lebanon, despondency deepens. Refugees who crossed over from north Palestine into Syria were immediately granted full refugee rights but no civil rights still for Palestinians in Lebanon.

Despondency over the fact that in their camps nearly every indicia of social well-being, including but not limited to, health care, social development, education, housing, security, and ability to earn money and care for their families, continue an accelerating downward spiral toward an abyss and with no reversal in sight.

Armed Clashes in Ain el­ Hilweh camp, the largest in Lebanon and located 40 miles south of Beirut, between Fatah and an Islamist group led by Bilal Badr are continuing as of 9/22/2016 with other groups also fighting intermittently. One cause of the increased violence is the outlawing of the right to work and other civil rights which continue to be blocked by Lebanon’s Parliament. Despondency over the sounds of machine guns, bombs and rocket propelled grenades near a vegetable market and the camp’s al Fawqani Street where a taxi driver was murdered a few days ago, just as children started the school year. For two days this week, camp residents held a general strike in Ain al Hilweh to protest the recurrent killings. Violence is also on the increase in Lebanon’s other 11 Palestinian camps. Tensions fueled again by being deprived of the civil right to work and to own a home and feelings of general hopelessness over lack of opportunities among the despondent youth.

Nearly three and one half decades since the 1982 Massacre, Cynicism is also widespread and growing among Lebanon’s Palestinians. With good reason. Few if any Palestinians this observer knows in Lebanon or Syria, have much confidence in the current leadership of the PLO. Or in politicians in the region, Arabs, Iranians, Turks or others, who continue to babble “Resistance” rhetoric while they collaborate with right wing anti-Palestinian officials in blocking Palestinian rights in Lebanon. Simultaneously with their varying political posturing while playing the “Palestinian Card.”

Thirty-four years after the Sabra-Shatila Massacre, and ten years after the 2006 “Devine Victory” of the Lebanese “Resistance”, Cynicism is spreading. Hezbollah is now also openly criticized, even among a growing number of Shia, for playing the “Palestinian Card” while doing little if anything for the Palestinian refugees in Lebanon. 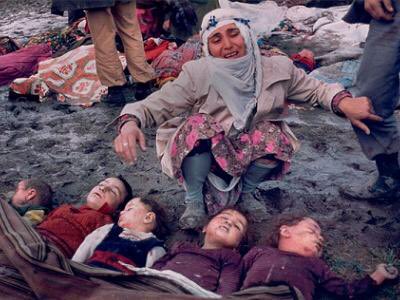 One hears in the camps increasingly  comments like these chronicled by two Palestinian Arab University students from Burj al Barajneh camp in south Beirut.

“What has the Resistance ever done for Palestinians in Lebanon’s 12 camps?”

“Resistance” begins at home by helping rebuild camp infrastructure not by attacking Yarmouk and other Palestinian camps in Syria or by besieging, starving, blocking humanitarian aid or killing Palestinian in Syria.”

“The road to Al Quds is south and direct, it does not wind all over Syria.”

“After May of 2000 when the Israeli were forced from Lebanon, we were grateful to Hezbollah and Hassan Nasrallah was much admired. Also in 2006 despite 1.300 civilian casualties. That respect and support has eroded due to

“Few Palestinians or Syrians support the “Resistance” as they did before it invaded Syria.”

Hezbollah can then use the remaining 30 minutes in Parliament to repeal the racist 2001 law that forbids any Palestinian from owning a home outside one of Lebanon’s squalid and deteriorating camps. Resistance actions speak louder than just Resistance words. Ninety minutes and the political will to push Parliament will unblock the elementary civil rights to work and to own a home for Palestinian refugees in Lebanon. It is all that Palestinians in Lebanon ask of Hezbollah to be true to their cause.

Against this backdrop of Despondency and Cynicism one feels in the camps also a remarkable Determination to Return to Palestine. This observer observes a similar determination among a newer influx of refugees in Lebanon, those from Syria.

Virtually every Syrian refugee I have encountered in Lebanon or elsewhere wants one thing. For the civil war in their country to end so that they can return to beloved Syria. The Lebanese politicians who regularly bleat about the Palestinian and Syrian refugees taking over this sinking country hide from their supporters the fact that few if any of these refugees-Syrian or Palestinian- want to remain in Lebanon one day longer than absolutely necessary.

As part of a deepening Determination to Return, a third Intifada is increasingly being discussed. But it will likely not be confined to occupied Palestinian territory but rather will involve many of the 4 million Palestinians in the Diaspora and well as their growing number of international supporters. It will be led by Palestinians themselves not the Arabs or international community who have mouthed some slogans and nodded but have done little if anything at all to advance Full Return.

Thirty four years after the 1982 Massacre at Sabra-Shatila, the dream of Return to Palestine endures, and the struggle for Full Return shall never die. Not until the victims of 34 years ago in Beirut, and all Palestinians martyred before and after the 1948 Nakba receive posthumous justice. Determination among Palestinians in Lebanon to Return exceeds their Despondency and Cynicism caused by injustice. And it gives rise to hope for a better future.

Anticopyright: Editorials and articles originated on TMS may be freely reprinted, disseminated, translated and used as background material, provided an acknowledgement and link to the source, TMS: 34 Years after the Beirut Sabra-Shatila Massacre, is included. Thank you.