Bayer Buys Monsanto for US $66 Bln.

The $128-a-share deal, up from Bayer’s previous offer of $127.50 a share, has emerged as the signature deal in a consolidation race that has roiled the agribusiness sector in recent years, due to shifting weather patterns, intense competition in grain exports and a souring global farm economy.

“Bayer’s competitors are merging, so not doing this deal would mean having a competitive disadvantage,” said fund manager Markus Manns of Union Investment, one of Bayer’s top 12 investors.

Grain prices are hovering near their lowest levels in years amid a global supply glut, and farm incomes have plunged.

But the proposed merger will likely face an intense and lengthy regulatory process in the United States, Canada, Brazil, the European Union and elsewhere. Hugh Grant, Monsanto’s chief executive, said Wednesday the companies will need to file in about 30 jurisdictions for the merger.

Competition authorities are likely to scrutinize the tie-up closely, and some of Bayer’s own shareholders have been highly critical of a takeover that they say risks overpaying and neglecting the company’s pharmaceutical business.

If the deal closes, it will create a company commanding more than a quarter of the combined world market for seeds and pesticides in the fast-consolidating farm supplies industry.

What the newly-formed company would be named is unclear.

Grant said on Wednesday’s media conference call that the future of the Monsanto brand has not yet been discussed, but the world’s largest seed company is “flexible” about the name going forward.

The transaction includes a $2-billion break-up fee that Bayer will pay to Monsanto should it fail to get regulatory clearance. Bayer expects the deal to close by the end of 2017. 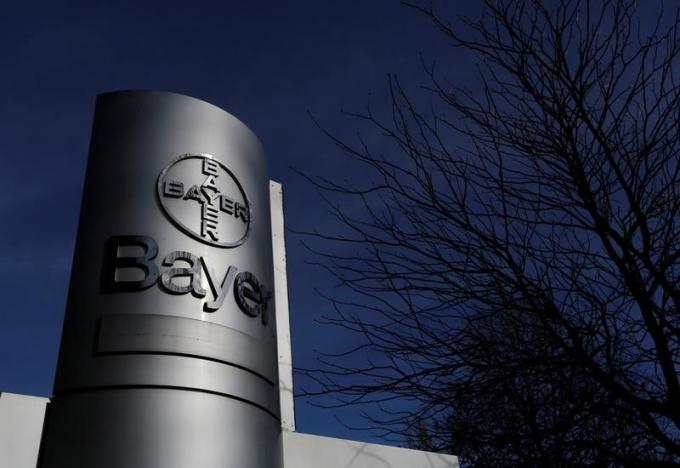 The details confirm what a source close to the matter told Reuters earlier.

Baader Helevea Equity Research analyst Jacob Thrane, with a “sell” rating on Bayer, said the German company was paying 16.1 times Monsanto’s forecast core earnings for 2017, more than the 15.5 times ChemChina agreed to pay for Swiss crop chemicals firm Syngenta last year. He also said there was uncertainty over what the combined company would look like as regulators might demand asset sales.

Bernstein Research analysts said on Tuesday they saw only a 50 percent chance of the deal winning regulatory clearance, although they cited a survey among investors that put the likelihood at 70 percent on average.

“We believe political push-back to this deal, ranging from farmer dissatisfaction with all their suppliers consolidating in the face of low farm net incomes to dissatisfaction with Monsanto leaving the United States, could provide significant delays and complications,” they wrote in a research note.

Bayer said it was offering a 44-percent premium to Monsanto’s share price on May 9, the day before it made its first written proposal.

It plans to raise $19 billion to help fund the deal by issuing convertible bonds and new shares to its existing shareholders, and said banks had also committed to providing $57 billion of bridge financing.

Bayer’s move to combine its crop chemicals business, the world’s second-largest after Syngenta AG, with Monsanto’s industry-leading seeds business, is the latest in a series of major agrochemicals tie-ups.

The German company is aiming to create a one-stop shop for seeds, crop chemicals and computer-aided services to farmers.

That was also the idea behind Monsanto’s swoop on Syngenta last year, which the Swiss company fended off, only to agree later to a takeover by China’s state-owned ChemChina.

U.S. chemicals giants Dow Chemical and DuPont plan to merge and later spin off their respective seeds and crop chemicals operations into a major agribusiness.

The Bayer-Monsanto deal will be the largest ever involving a German buyer, beating Daimler’s tie-up with Chrysler in 1998, which valued the U.S. carmaker at more than $40 billion. It will also be the largest all-cash transaction on record, ahead of brewer InBev’s $60.4 billion offer for Anheuser-Busch in 2008.

Bayer said it expected the deal to boost its core earnings per share in the first full year following completion, and by a double-digit percentage in the third year.

Bayer and Monsanto were in talks to sound out ways to combine their businesses as early as March, which culminated in Bayer’s initial $122 per-share takeover proposal in May.

Antitrust experts have said regulators will likely demand the sale of some soybeans, cotton and canola seed assets.

Morgan Stanley and Ducera Partners are acting as financial advisers to Monsanto, with Wachtell, Lipton, Rosen & Katz its legal adviser.

Additional reporting by Diane Bartz in Washington D.C., and Karl Plume and P.J. Huffstutter in Chicago.; Editing by Mark Potter and Nick Zieminski.