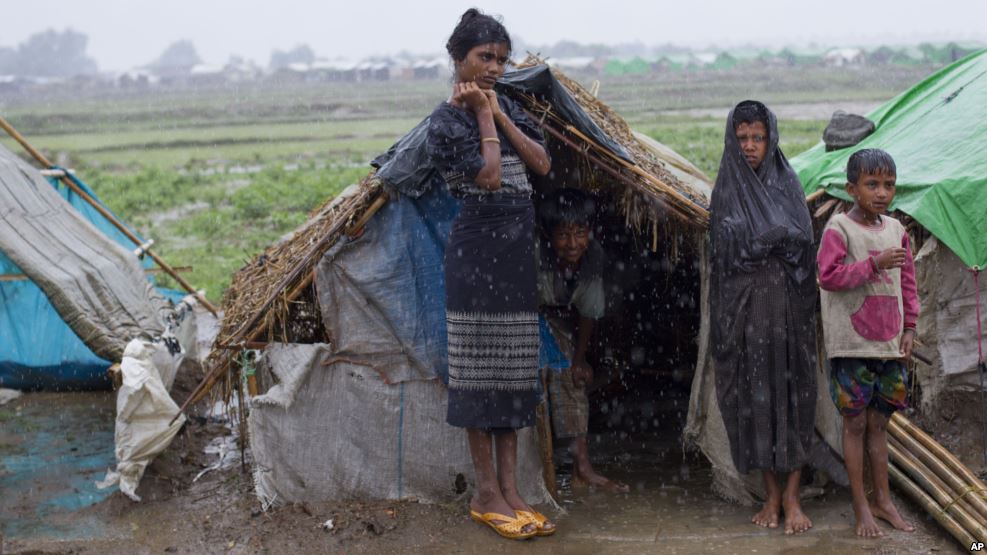 FILE – Internally displaced Rohingya stand outside their makeshift tent in a camp in Sittwe in Myanmar’s northwestern Rakhine state in 2013.

13 Sep 2016 – When Myanmar’s Nobel Peace Laureate Aung San Suu Kyi meets Nobel Peace Laureate President Barack Obama at the White House this week, activists will be watching to see how the pro-democracy icon will address the plight of the country’s ethnic Rohingya, whom human rights groups say are among the world’s most persecuted minority groups.

Since ethnic and sectarian violence erupted in 2012, tens of thousands of Rohingya have been living in overcrowded camps in conditions that rights groups have condemned as deplorable. Mosques have been shuttered and marriages unrecognized by the government. The government restricts their movement, limiting the Rohingya’s access to health care, education and job opportunities.

In fact, most Rohingya are not even considered citizens. The Myanmar government and many of its citizens see them as illegal immigrants, and even refuse to call them by their preferred name, “Rohingya.”

Instead, Myanmar refers to them as “Bengalis,” reflecting the view that they are from neighboring Bangladesh, even though many Rohingya have been living in Myanmar for generations. Aung San Suu Kyi herself has said that the Rohingya term is “divisive” and the government will refrain from using it. 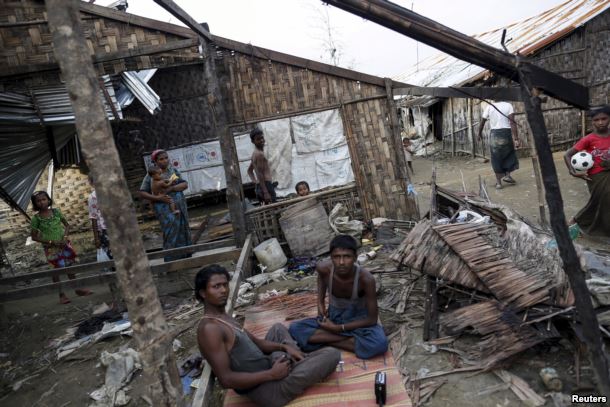 Thousands of Rohingya have fled abroad, risking dangerous trips to Indonesia or Malaysia since 2012. But an estimated 140,000 remain displaced in internal camps. Some rights groups have argued the treatment amounts to ethnic cleansing, or even genocide.

“The situation on the ground today is not good,” said Wakar Uddin, a leading U.S.-based Rohingya advocate who met late last week with several U.S. administration officials to brief them — and sat down with VOA for an interview.

“People are dying. We have dire issues that need to be addressed,” Uddin said. “One hundred forty thousand [people] in camps, lingering. They need to be returned.”

Uddin is the founding chairman of the North America Rohingya Association and a professor of agricultural science at Pennsylvania State University. 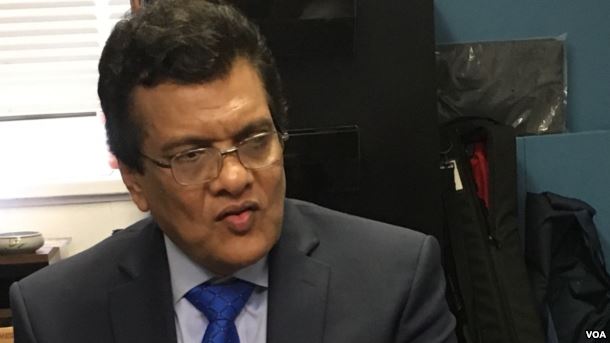 Despite his deep concerns, he sees some hope with the creation of a commission headed by former U.N. secretary-general Kofi Annan, which has the blessing of the Myanmar’s quasi-military government. The commission is charged with probing the Rohingya conflict and filing a report within a year’s time, a kind of road map toward a future solution.

“This Kofi Annan commission is highly capable,” Uddin said. “They will be able to produce a balanced report: the truth. Whatever the truth is.”

Trust is key, added Uddin. “They will be and they should be talking to the victims, who have gone through this hardship.”

That said, he is calling for immediate action now to alleviate the humanitarian suffering. Uddin told VOA that he specifically pressed U.S. officials this week to remind Aung San Suu Kyi to take steps now. Other experts agree.

“The Annan commission has the ability to propose solutions that will assist the Rohingya and the Rakhine,” said Ronan Lee, an Australian-based researcher. “The commission will not make its report until the second half of 2017, meaning human rights for the Rohingya need to be progressed before this.”

“It’s important to remember, too, that while the Rohingya Muslims have and continue to suffer dreadfully, Rakhine state’s majority ethnicity, the Rakhine Buddhists, are often also living in appalling poverty,” he said. 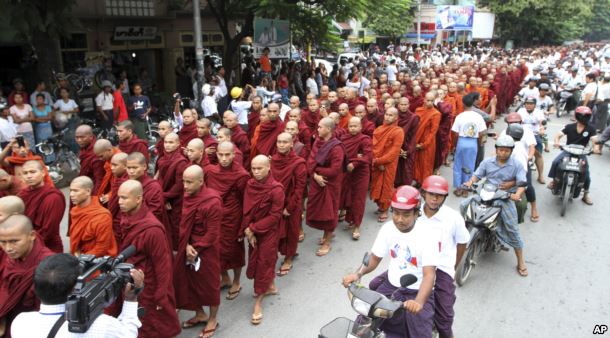 Uddin believes that, after speaking with U.S. officials, some of these more urgent, immediate humanitarian steps will be taken ahead of the Annan commission’s report.

One delicate political issue confronting Myanmar’s leadership, the Obama administration, and activists and Buddhists in Myanmar: Does the treatment of the Rohingya amount to genocide?

“You cannot paint with a broad brush. There are all kinds of voices in the community that use their own terminology,” Uddin said. “I really do not want to dwell on these terms. We want to make every effort to not anger the other side.”

Labeling the treatment of Rohingya as genocide could compel the 147 countries that have signed the 1948 Convention on the Punishment and Prevention of the Crime of Genocide treaty to intervene in the situation. That would mark an extreme step, but one that some activists say is necessary.

“This is the case where we, as the predominantly Buddhist society, has been misled and brainwashed in the way the Nazis brainwashed and turned the German citizens against Jews,” said Maung Zarni, a human rights campaigner and co-author of the book “A Slow Burning Genocide of Myanmar.”

Researcher Lee points to other researchers whom he said confirm Zarni’s position.

“A well-researched report from the International State Crime Initiative at Queen Mary University of London was certain the Rohingya had been victims of state crimes and ‘genocidal persecution,’” Lee said, while admitting his own research has not focused specifically on the question of genocide.

A separate legal study by researchers at Yale law school in 2015 that analyzed Rohingya testimonies, Myanmar government documents, and analyses by other aid groups argued that there is strong evidence of genocide. The group argued that while it was difficult to determine whether the treatment of Rohingya was intended to destroy them “in whole or in part,” the available evidence strongly suggests that their treatment meets the legal definition of genocide. 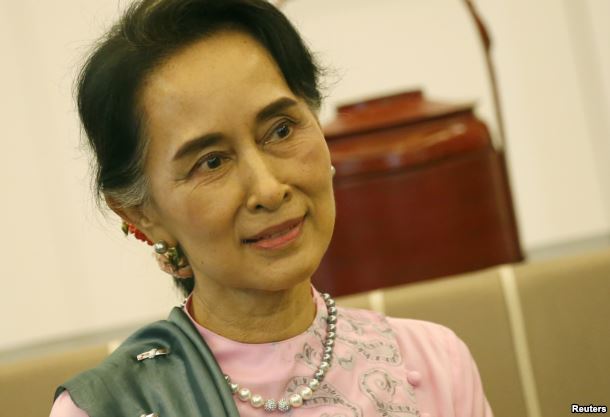 And to whether or not Aung San Suu Kyi will act on the Rohingya issue, North America Rohingya Association’s Uddin is hopeful.

“I believe Aung San Suu Kyi is a visionary,” Uddin said. “She cares about our people. She recognizes that this Rohingya issue has risen to a global scale.”

Ultimately, Uddin added, as one of the most revered and well-known political campaigners in the world, she recognizes that “she cannot ignore this.”