Millions of Honeybees Killed in Attempt to Prevent Zika

Aerial spraying of the pesticide naled in a South Carolina county, done in an attempt to prevent Zika-infected mosquitoes from gaining a foothold in the state, resulted instead in the massacre of millions of honeybees. 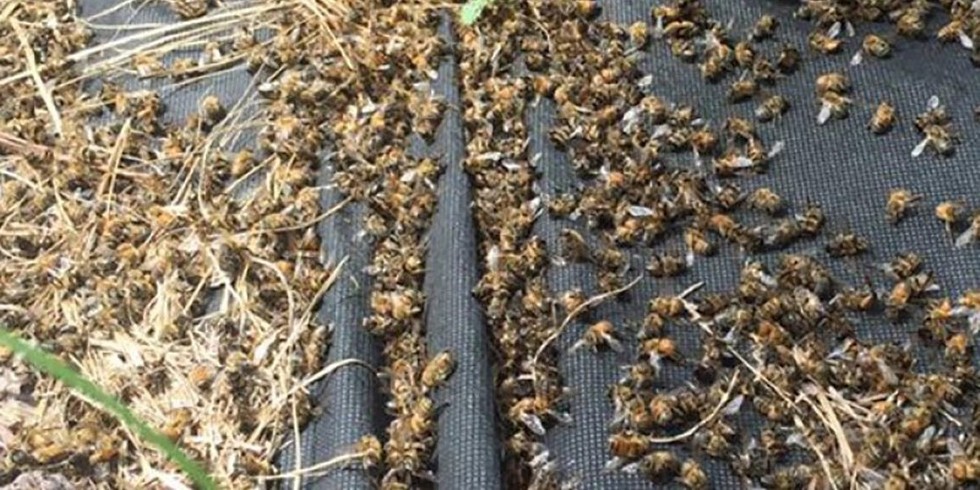 3 Sep 2016 – While 43 Zika cases have been reported in the state, all but one were from travelers who were infected abroad. The other was a sexually transmitted case. No one in South Carolina has been locally infected by a mosquito. Nevertheless, county officials sprayed a 15-square mile area early Sunday morning. Dorchester County officials said they announced the spraying on Friday and via a Facebook post on Saturday, but many residents said they received less than 10 hours notice. 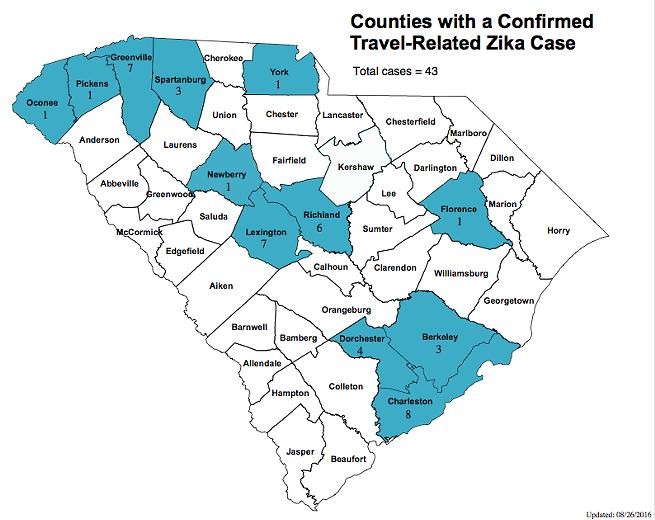 The scenario reprises the days of DDT spraying that prompted Rachel Carson’s seminal book, Silent Spring. The 1962 book by the former U.S. Fish and Wildlife Service writer detailed the disastrous effects on birds from the widespread use of synthetic pesticides following World War II. The leading culprit, DDT, was shown to cause reproductive failure in bald eagles, ospreys, brown pelicans and peregrine falcons. Indiscriminate aerial spraying laid a film of the pesticide where birds would pick it up.

Naled, the pesticide used in South Carolina, is an organophosphate first registered for use as a pesticide in 1959. Organophosphates were developed in the 1940s as biological warfare agents. The U.S. Environmental Protection Agency (EPA) currently authorizes use of naled for mosquito control. It is currently being applied by aerial spraying to 16 million acres of the mainland U.S., including highly populated areas. The EPA says that the chemical does not pose risks to people, although it recommends staying indoors during aerial spraying.

However, the agency appears to underplay the risks to honeybees. Its website states:

Applications made between dusk and dawn, while bees are not typically foraging, can reduce exposure to honey bees.

Contrary to the EPA’s recommendation, however, the spraying in South Carolina took place from 6:30 – 8:30 a.m.

Toxipedia, the online toxicology encyclopedia, is far more circumspect on the potential dangers of naled. They call it a severe skin and eye irritant, and cite a study that showed exposure to the chemical resulted in chronic nervous system damage in dogs and rats. Toxipedia also states that naled is “highly toxic to many bird species especially Canadian geese” and affects reproduction in Mallard ducks. They also note that its use “puts many endangered species at risk.” With respect to honeybees, they couldn’t be more clear:

In April, EcoWatch reported that the U.S. Department of Agriculture (USDA) was silencing its own bee scientists. A Feb. 7, 2014 story documented the EPA’s approval of two other pesticides known to be highly toxic to bees. The EPA’s action came despite the concerns of beekeepers facing colony collapse.

On one farm in Summerville, South Carolina, 46 hives were wiped out instantly, killing 2.5 million bees. Compounding the problem was the weather: hot, 90 degree temperatures caused bees to leave their hives in order to cool down. That meant the bees were active during the widespread spraying.

As many residents became aware of the insecticide spraying, they tried to contact Dorchester County Mosquito Abatement by phone, as the notices had stated. No one answered. A resident who has started a petition on change.org wrote, “To our knowledge not one phone call was returned and no answers were given.” The petition asks for the spraying to be stopped, for more information on the chemicals used and for a public forum to discuss their concerns. By Tuesday, Dorchester County had issued an apology, but there is no word to date on whether they will compensate beekeepers for the destruction of their hives.

The honeybee genocide in South Carolina came as a study published on Monday by the National Academy of Sciences links high demand and federal subsidies for corn and soybean crops to the loss of grassland in the Great Plains that bees need to survive. The study says that expansion of these crops in the Northern Great Plains is “altering the landscape in ways that are seemingly less conducive to beekeeping.” The area in the study is home to more than 40 percent of the U.S. bee colonies.

Honeybees are nature’s best pollinators. Without them, important crops including almonds, blueberries, apples, asparagus and broccoli would be threatened. It is estimated that bees are responsible for some $19 billion of U.S. crop production. The agricultural impact of the South Carolina disaster is not yet known.