Thrown under the Automated Bus 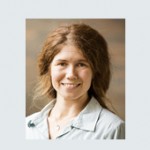 Automation isn’t coming. It’s here. At the airport, the public library, the grocery store, and dozens of other places, touch screens are rapidly replacing human bodies, especially in basic service industry positions. In a time when service industry jobs represent 80 percent of all employment in the United States, and when a presidential report on automation looks at the frightening possibility of more than half the jobs in the country being lost, one could reasonably expect the current presidential and congressional candidates to be putting forth bold strategies for addressing the rising economic crisis and skyrocketing unemployment rates for middle and working class families.

We can praise the timesaving efficiency of automation, but we must also deal with the unintended consequences. The potential of automation comes with a shadow side, which must be rigorously discussed and addressed in our nation and around the world.

People will be replaced by machines. Profits for the already wealthy will soar. Millions will be left without jobs. At this point, our nation has no comprehensive transition plan. There is marginal lip service being paid to “retraining programs” and “jobs fairs,” but the scale of these proposals is like trying to plug Niagara Falls with a toothpick. Business journals tout the creation of new jobs in automation design and maintenance, but it is uncertain as to how many jobs will be created, and for how long. The shift into automation requires not reckless enthusiasm, but rather, proactive planning from both the business and political sectors.

We are told that the economy has recovered from the 2008 crash. The average American feels the daily pinch of the truth: we have seen no recovery. Ninety-five percent of the income gains went straight into the pockets of the One Percent. The rest of us are still swamped with debt, struggling desperately to pay bills, and at risk of financial catastrophe caused by unexpected expenses no larger than a failing car engine or a broken bone. We have no economic safety nets or savings to fall back on.

The elections loom large on the horizon of our nation. The circus of the presidential race overshadows the congressional races – but it is the make-up of the legislature that will – or will not – place a wide variety of economic policies on the political table. Bills about widening the social safety net, implementing basic income, taxing the rich, closing loopholes that benefit mega-corporations and the super-wealthy, addressing student debt, stopping unfair corporate trade deals, and raising the minimum wage to a living wage must be considered. It is the make-up of the legislature that will determine whether or not an adequate response to the economic upheaval of rising automation will be proposed, debated, and passed.

We have been brought to the brink of an unsuspected revolution, arriving full circle to a parallel moment in history to the Industrial Revolution. Widespread automation demands that we once again engage in a global and national moral debate about both the meaning of work and the purpose of the economy. Is the purpose of our economy merely to provide profits for a few people or is our economy meant to care for the populace and provide for everyone’s needs?

With the mechanization of the Industrial Revolution, humanity was asked to grapple a seemingly simple question: what do we do with the free time provided by the efficiency of machines? Then, like today, the ruling elite was politically poised to answer the question with a solution that was highly profitable for them: work harder, produce more, make more money for us.

This time, the nature of the question has expanded. Does the ruling elite (the owning class – the rich people) have a moral and social responsibility to provide for the needs of the people while their businesses automate and cause widespread unemployment?

It is a political question, and an ethical, moral, and social question. What is the responsibility of the rich and powerful toward the rest of us? Are we – the workers, inventors, artists, teachers, mothers and fathers and children – merely convenient sources of ultimately disposable labor to them? Should corporations, owners, and the current crop of corporate politicians be allowed to throw us out when machines become more profitable than our bodies? What will they do when unemployment skyrockets, families can’t pay rents or mortgages, homelessness becomes endemic, and the United States consumer class vanishes? What actions will these political candidates take . . . will they simply pocket the profits of automation and start selling goods to China? Or will they demonstrate that they have the political backbone to do what’s right for the people and address the systemic crisis that has arrived on our doorstep?

We are on the verge of being thrown under the automated bus. Make your choices carefully this November; this election cycle determines what measures the next crop of politicians will take to keep us all from being run over.

Anticopyright: Editorials and articles originated on TMS may be freely reprinted, disseminated, translated and used as background material, provided an acknowledgement and link to the source, TMS: Thrown under the Automated Bus, is included. Thank you.