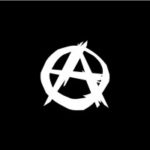 This article is excerpted from Unruly Equality: U.S. Anarchism in the 20th Century (Berkeley: University of California Press, 2016).

20 Sep 2016 – In recent years anarchists have played prominent and controversial roles in radical social movements, domestically and internationally. Yet discussing the strengths and weaknesses of contemporary anarchism, in relation to other sectors of the Left, has proven challenging. The very terms anarchy, anarchism, and anarchist are so overcoded with meanings and burdened by associations that people frequently talk past one another, or resort to awkward attempts at humor, even when attempting to discuss them in good faith.

Since the eighteenth century, at least, the word anarchy has signified a condition of chaos, disorder, and personal vulnerability owing to the absence of a center of power capable of enforcing rules; it is still frequently used in this way today. In 1840, however, a French radical named Pierre-Joseph Proudhon reclaimed the term anarchy in a fashion similar to the ways in which the word queer and certain racial slurs have, in recent decades, been adopted and given positive connotations by the groups of people they were meant to denigrate. Proudhon argued that under conditions of profound economic inequality, such as those that reigned in industrializing Europe, the primary role of political states was to legitimate and defend the wealth of a minority. It was this joint exercise of economic and military power that actually made the poor vulnerable (to hunger, disease, beatings) and ensured society would remain chaotically ridden with conflict. He had faith that people could live harmoniously if state coercion and the lopsided distribution of resources was done away with, famously declaring, “Liberty is not the daughter but the mother of order.”

For Proudhon, then, to be an anarchist was to fight the enforcement of misery upon common people, and he therefore wore the term as a badge of honor. Other European socialists soon elaborated upon this conceptualization, and by the 1860s anarchism had emerged as a political ideology and a specific tendency within the broader labor and radical movements of Europe. By the end of the century, such ideas had spread around the world. 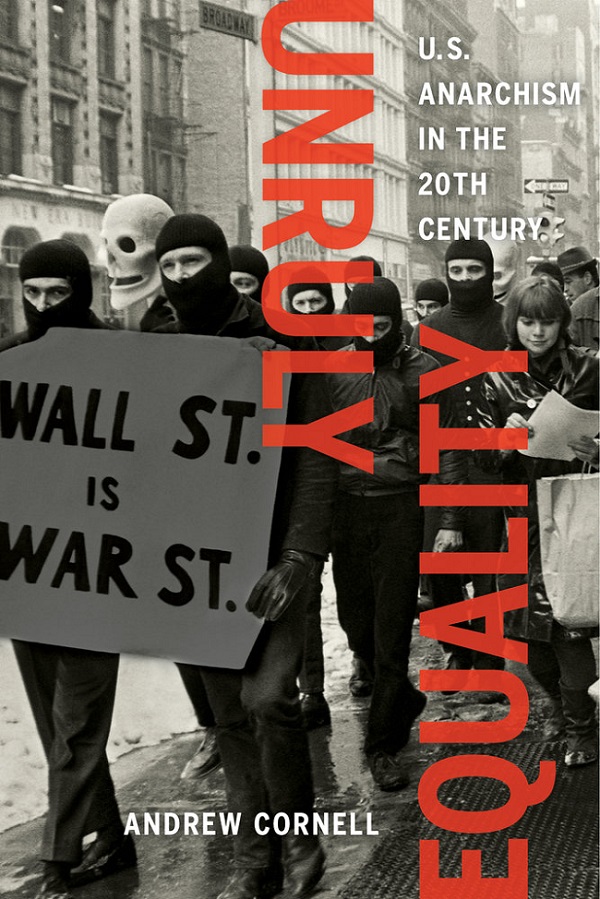 Although Proudhon’s linguistic reclamation may have been conceptually brilliant, the meaning he gave to the term never fully displaced its earlier connotations. As a result, for more than 150 years, anarchists have felt compelled to begin their speeches and writings with a clarification of what they mean by anarchy. Authority figures tasked with quashing the movement have exploited the commonsense understanding of anarchy as chaos in depicting the intentions of anarchist organizers. The fact that many anarchists adopted assassination and terroristic bombings as a common tactic in the closing decades of the nineteenth century made this work of misinformation easier. Anarchists of this sort exalted the temporary chaos caused by acts of violence against authority figures because they believed such acts would lead to a more ordered and egalitarian society, notbecause they desired chaos or suffering as an end goal.

These conflicting definitions go some way toward explaining the confusion the word anarchism still generates. But since the 1970s, anarchy and anarchism have taken on additional associations that further muddle the picture. In the 1970s, the influential punk band the Sex Pistols released their first single, “Anarchy in the UK,” and proceeded to shock and outrage, but also captivate, radio and television audiences in a manner that purveyors of youth-culture products soon found ways to capitalize upon. The Sex Pistols’ connections to anarchists were third-hand; but in the 1980s some of the punk bands that came in their wake (Crass, Conflict, Chumbawamba) made important contributions to existing anarchist movements and progressive campaigns, such as the 1984 miners’ strike in England. Yet an undefined “anarchy” and the circle-A symbol popularized by punk bands quickly became go-to tropes within the music and fashion industries to symbolize teen angst, the desire to cut loose, and a shallow nonconformity. Owing to this association, anarchism is often tagged as an ill-considered, youthful rebelliousness, rather than as a sophisticated theoretical tradition and international social movement.

Punk was not the only outgrowth of the 1970s that has added complexity to the term anarchism. In a seemingly ironic twist to global politics, anarchists have emerged as among the boldest and most persistent opponents of neoliberalism, the political ideology inaugurated, at least symbolically, by Ronald Reagan’s declaration that “government is not the solution — government is the problem!” Reagan and his allies, such as the United Kingdom’s Margaret Thatcher, were not, of course, opposed to all government, but rather to the forms of state regulation of business, finance, and trade that had been implemented during the twentieth century, and which had become increasingly intolerable to major economic players as conditions changed in the 1970s. By the late 1990s, neoliberalism had become the hegemonic policy-making framework for centrist and conservative parties around the world, prompting resistance by many groups (including anarchists) who found their well-being endangered by the stripping away of protections and the growing economic inequality that ensued.

From the outset, neoliberal ideology was developed and promoted by a tight-knit circle of intellectuals who helped define the modern libertarian movement. The word libertarian has been historically contested alongside the term anarchism.  Anticapitalist anarchists adopted libertarian as a moniker following World War I (partly in an attempt to avoid associations with violence); and a variety of egalitarian political thinkers, such as Noam Chomsky, have identified as “libertarian socialists” since World War II. Commonsense associations with the term began to change in the 1960s, however, when thinkers such as Murray Rothbard and Ayn Rand began widely promoting a minimal-government, hypercapitalist, and individualist ideology they called libertarianism. Although most contemporary promarket libertarians accept the need for a minimal state to protect private property rights, a few extreme advocates have labeled themselves anarcho-capitalists. Well-funded by wealthy donors, libertarians continue pressuring centrist and center-right governments to extend and deepen the neoliberal transformation of the modern state. Partnering with other sectors of the right, they have exerted a powerful intellectual and financial influence on the populist Tea Party movement that emerged in the wake of the 2008 financial crisis. This has led to a situation in which a government-shrinking center is besieged by “free market” forces on the right who seek to abolish public social provisions, and on the left by anarchists (often acting in uneasy alliance with social democrats) who furiously criticize the state’s defense of corporate power and imperialist war-making.

These varied meanings of anarchism often congeal in strange ways. In August 2014 the New York Times Magazine featured a cover story about the appeal of libertarian Senator Rand Paul among young Republican voters. The illustrator mimicked a flier for the legendary punk band Minor Threat and snuck a hand-drawn circle-A symbol into the magazine’s masthead. A year earlier, when Tea Party-affiliated Republicans forced a federal government shutdown, Senate Majority Leader Harry Reid denounced members of the caucus as “anarchists” who needed to “get a life.” Reid explained, “When I was in school, I studied government and I learned about the anarchists. Now, they were different than the Tea Party because they were violent. . . . [Tea Party members are] not doing physically destructive things to buildings and people, directly, but they are doing everything they can to throw a monkey wrench into every form of government.” In these instances, all of the term’s connotations were at play: anarchism as any antigovernmental politics, anarchism as violence, anarchism as nineteenth-century anachronism, anarchism as juvenile behavior and punk rock. 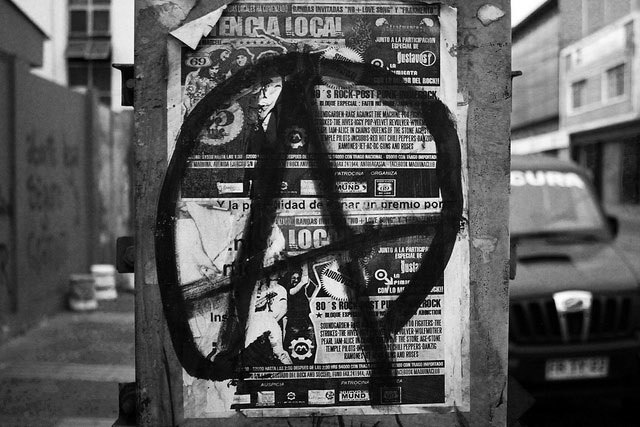 With the ideological waters so muddied in 2013, the Washington Post took the unusual step of publishing an op-ed by a left-wing academic, titled “The Tea Party Is Giving Anarchism a Bad Name.” In it, Heather Gautney clarified that “real anarchist communities operate according to radically democratic principles. They theorize, and even organize, with egalitarian political and social visions in mind.” Gautney acknowledged the contradictory predicament of contemporary anarchism by noting, “Despite their anti-authoritarianism, some of today’s anarchists concede that states can serve socially important functions like ensuring sound infrastructure, basic consumer protections and comprehensive social welfare (though they believe such services are better executed with decentralized communities).” Understanding this ambivalence requires an account of the ways anarchists interpreted and reacted to the expansion of governmental functions, especially social democratic initiatives, during the twentieth century.

Neoliberal and right-wing libertarian movements are motivated by social aims fundamentally divergent from those of the social anarchists. As noted, classical anarchists opposed governments because they understood their essential purposes to be upholding economic inequality and war making. Such anarchists believed that sociable impulses would lead humans to develop cooperative, egalitarian economies in the absence of state authority. In contrast, the neoliberal ideology that came to dominate global political and economic life at the end of the twentieth century seeks to eliminate precisely those government functions that were implemented in the mid-twentieth century to moderate economic inequality. These conservative critics view humans as naturally competitive, and believe that removing government restraints on the market will lead to free and just, but naturally unequal, societies of individuals.

While libertarians and neoliberals promote individual liberty as the supreme political value, it is a mistake to assume that unlimited individual freedom is the foundational principle of social anarchism. Instead, as Chiara Bottici has recently argued, anarchists believe in “the freedom of equals.” In other words, anarchists insist that a meaningful or substantive experience of freedom is possible only under conditions of economic and political equality, which, in their view, can be achieved only through ongoing practices of solidarity prompted by care for the well-being of others.

Of course, intentions are one thing and outcomes another. At times anarchists’ theorizations of the functions and motivations of government have foreclosed opportunities to redistribute resources, especially after the growth of liberal welfare-state programs, and at times put them in strange company, such as when some decried federal enforcement of civil rights legislation in the American South. These uncomfortable moments of resonance between radical and conservative forms of antistatist politics serve as especially rich sites for evaluating the coherency of anarchist political philosophy and movement strategy.

Nevertheless, it was to emphasize the egalitarianism at the heart of anarchist ethics — that factor most clearly distinguishing anarchism from neoliberalism — that I chose Unruly Equality as the title for my study of U.S. anarchism in the twentieth century. Since the movement was initiated in the 1860s, anarchists have defied laws, orders, and social conventions, asserting themselves impertinently in the eyes of authorities; they have been loud, defiant, and uncontrollable — in a word, unruly. They have done so in pursuit of greater economic, social, and political equality for all human beings, making them unruly egalitarians. But in a different sense, unruled equality might be posited as the political ideal, the end goal, and the sociological hypothesis of the movement. Anarchists believe that political rule is constituted not solely to protect and enhance the life of humans but also to enforce inequality for the benefit of a minority at the expense of many others. Following from this, anarchists suggest that a more egalitarian society will require less ruliness — that is, less coercive power — a condition they embrace. Perhaps the most interesting aspects of twentieth-century anarchism, from the standpoint of political theory, are the ways participants have refined their conceptualization of that anticipated social order from one of unrule to one of self-rule, along with the ways their strategic thinking has evolved in light of new understandings of power and the practical successes and failings of other social movements also seeking greater freedom and equality.

Andrew Cornell is an educator and organizer currently serving as visiting assistant professor of American studies at Williams College. He is the author of Unruly Equality: U.S. Anarchism in the 20th Century (University of California Press, 2016) and Oppose and Propose! Lessons from Movement for a New Society (AK Press, 2011).