A Look Back at What Snowden Told the World about the U.S.-Israel Relationship 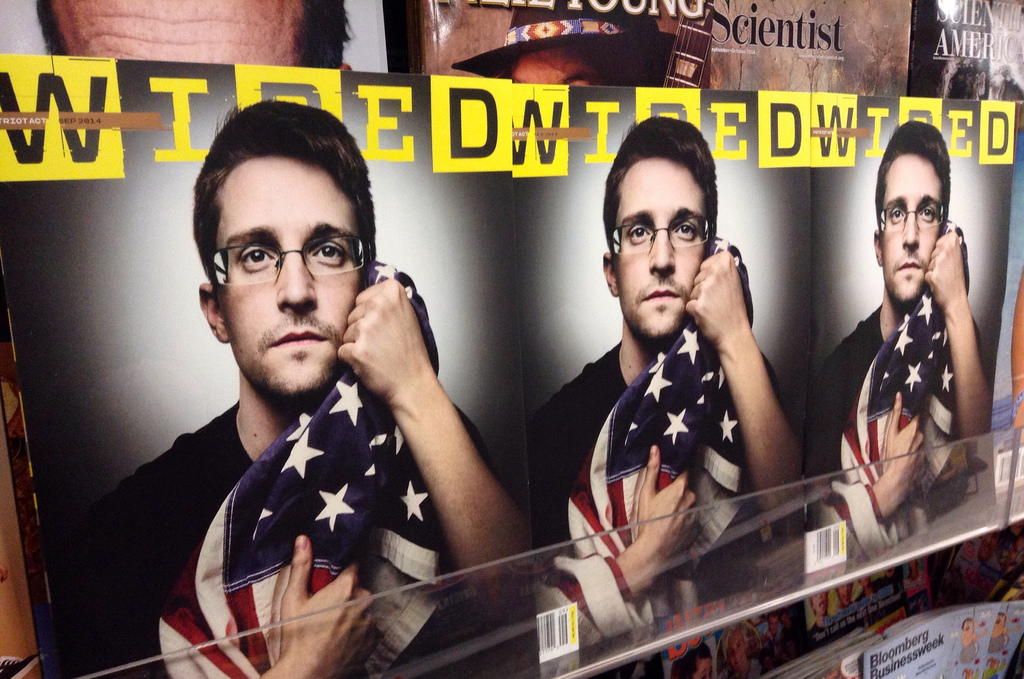 A photo of Edward Snowden on the cover of Wired magazine.
Photo: Mike Mozart/Flickr

29 Sep 2016 – Edward Snowden remains exiled in Russia. But the former intelligence contractor and National Security Agency-whistleblower has captured headlines in recent weeks, thanks to a confluence of events.

Snowden is the focus of Oliver Stone’s new biopic, aptly called “Snowden,” which focuses on how Snowden went from a right-leaning CIA employee and NSA contractor to an internationally renowned leaker and whistleblower who blew the lid off mass surveillance in the digital age.

Coinciding with the movie is a new campaign, lead by the American Civil Liberties Union, Human Rights Watch and Amnesty International, to convince President Obama to pardon Snowden because he “provided a public service by revealing a secret, global system of mass surveillance that violated the U.S. Constitution and was adopted without the public’s consent,” as the website PardonSnowden.org puts it. And then there was the House Intelligence Committee report on Snowden, which came out around the same time as the movie and pardon campaign. The report harshly criticizes Snowden as a man who did damage to U.S. national security.

Snowden has sparked a fierce debate in the U.S. over the NSA’s mass surveillance of citizens. But he also revealed a great deal about the U.S.-Israeli relationship. Snowden’s leaks provide an unprecedented look at how the U.S. and Israel share intelligence, and also reveal the tensions in the relationship.

With Snowden back in the news, Mondoweiss reviews what he told the world about the U.S.-Israel relationship. Here is a look at those revelations.

Alex Kane is a freelance journalist who focuses on Israel/Palestine and civil liberties. Follow him on Twitter @alexbkane.