26 Sep 2016 – Nestlé’s grab of a Canadian community’s water supply has sparked international outrage and calls to boycott the company and bottled water. More than 150,000 Facebook users are talking about the news on the social media site.

Nestlé Waters Canada, a bottled water operation of the multinational food and drink giant, outbid the Township of Central Wellington in Ontario for water rights to a local well to ensure “future business growth.”

The company is already permitted to pull up to 3.6 million liters (roughly 951,000 gallons) of water a day for its bottling operations in nearby Aberfoyle, but decided to swoop up the well near Elora, Ontario in order “to supplement our operations in Aberfoyle.” 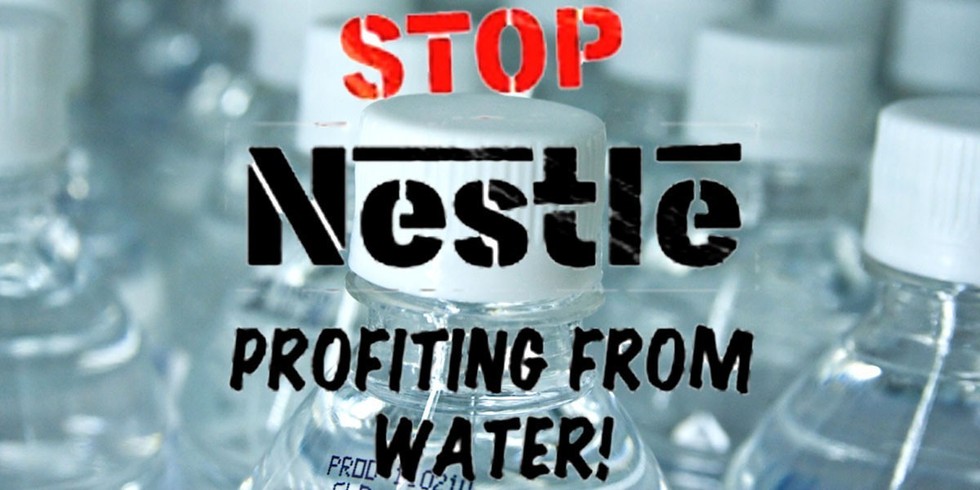 The Council of Canadians is calling on people to sign a declaration on its website to boycott bottled water and Nestlé.

According the Globe and Mail, the company bought the well from Middlebrook Water Company last month after having made a conditional offer in 2015.

The reason this issue has blown up is because the Township of Centre Wellington wanted to buy the spring water well for itself in order to safeguard the drinking water supply the growing community, mayor Kelly Linton explained to The Guardian.

Not only that, much of the province of Ontario is experiencing record drought conditions, with rainfall 100 millimeters below normal in some areas from April to June, the National Post reported in July. 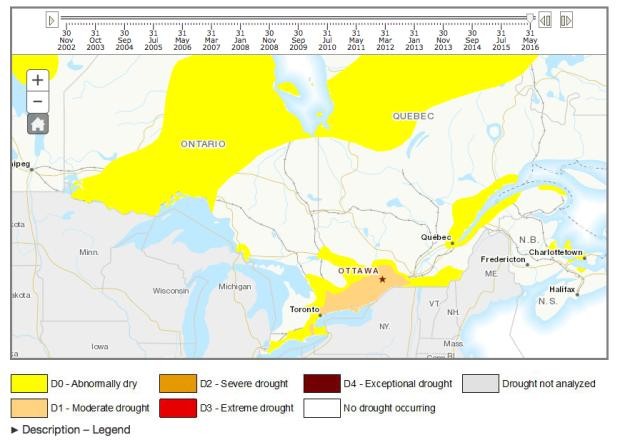 According to The Guardian, when township authorities learned that Nestlé was trying to buy the well, they scrambled over the summer to come up with a counter-offer.

“We put in more money than they did and we removed all conditions,” Linton said. The amount has not been specified.

But Nestlé, which had right of first refusal, was able to match the township’s offer and won the well for itself.

“As you can appreciate we aren’t going to be outbidding Nestlé,” Linton said. “As a small town we’re using taxpayer dollars, so we have to be good stewards of that.”

Nestlé was reportedly unaware of the township’s counter-offer until after the purchase was made. Since securing the well, the company said it has submitted an application to the Ontario Ministry of Environment and Climate Change to conduct an aquifer pump test to determine if the water source meets the company’s internal requirements “as well as ensure it can be operated in a sustainable manner.” If the source at the Middlebrook well site meets Nestlé’s requirements, the company will seek a permit that allows it to draw water at 300 gallons a minute, Nestlé said.

“We are fighting tooth and nail to not allow that pump test to go ahead,” Mike Nagy of the group told The Guardian.

The Wellington Water Watchers pointed out in a Facebook post that Nestlé’s latest move will vastly increase plastic pollution due to the wastefulness of bottled water.

“Think about the plastic we will stop being produced by saying NO to the Nestle permit renewals and the recent purchase of the Middlebrook Well. 6.4 million liters a day would translate into 12 million plastic packages per day! This is how much water they would have access to if they get the permit in Elora Centre Wellington as they already have 4.7 million liters day. Use the 4th R, REFUSE.”

The Council of Canadians is also urging a national boycott of Nestlé. A media release for the boycott states:

“This summer, while many parts of southern Ontario faced drought conditions, Nestlé continued to pump more than 4 million litres of groundwater every day from an aquifer near Guelph. Nestlé pays less than $15 per day for this water, which it then ships out in hundreds of millions of single-use plastic bottles for sale all over North America.”

“The water crisis is at our door here in Canada,” Council of Canadians chairperson Maude Barlow said. “Groundwater resources are finite and are currently taxed by droughts, climate change and over-extraction. At this pace, we will not have enough for our future needs. Wasting our limited groundwater on frivolous and consumptive uses such as bottled water is a recipe for disaster. We must safeguard groundwater reserves for communities and future generations.”

Additionally, as Barlow told the Canadian Press, the new Elora well is located near a First Nation’s reserve, potentially putting their water supply at risk.

“[The well] sits on the traditional territory of the Six Nations of the Grand River, 11,000 of whom do not have access to clean running water,” Barlow said.

Nestlé’s has been making many recent headlines over its bottling operations. Last week, EcoWatch reported that the Swiss conglomerate is now legally permitted to take water from the San Bernardino National Forest in California on a permit that expired back in 1988.

#Nestlé Can Keep Piping Water Out of Drought-Stricken California Despite Permit Expiring in 1988 via @EcoWatch https://t.co/KT5DkFKdat #Vile

A federal judge ruled that the corporation can continue its use of a 4-mile pipeline that siphons thousands of gallons of public water a day from the Strawberry Creek watershed and sell it back to the public as bottled water. The water is sold under the Arrowhead brand.

Norway to Kill 47 of Its Remaining 68 Wolves

Lorraine is a reporter for EcoWatch. She tweets @lorrainelchow