Unhappy with the election result, Clinton suggested that the U.S. should have used their power to help its preferred party. 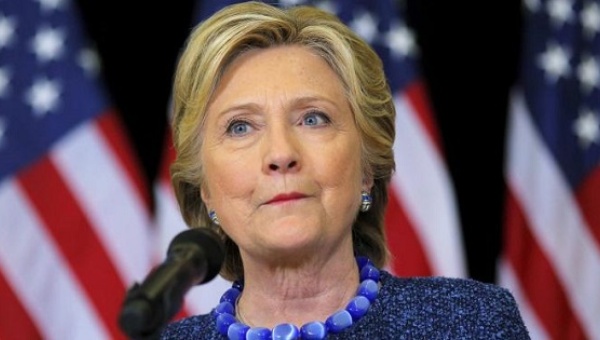 30 Oct 2016 – Newly released audio has revealed that the Democratic presidential nominee Hillary Clinton lamented the United States’s failure to rig the 2006 Palestinian election which saw the Hamas party claim a landslide victory over the Western-backed, and more moderate, Fatah.

The recording is from September of that same year, while Clinton was a U.S. senator representing the state of New York, and is from a meeting with the Jewish Press. Of the January election, she says that the U.S. “should have made sure that we did something to determine who was going to win.”

Hamas emerged that year as an electoral juggernaut, winning 74 of 132 seats and 44.45 percent of the vote, compared to Fatah’s 45 seats and 41.43 percent of the vote. While the election was deemed free-and-fair by all observers, Hamas continues to be categorized by the U.S State Department as an official terrorist organization.

While George W. Bush’s Republican administration was no fan of Hamas, they still backed the Palestinian elections and accepted the outcome. Clinton, however, seemed to rue the result.

Referring to Hamas’ capture of Israeli soldier Gilad Shalit in 2006, following a Hamas underground raid Clinton said “Hamas, you know, sent the terrorists, you know, through the tunnel into Israel that killed and captured, you know, kidnapped the young Israeli soldier, you know, there’s a sense of like, one-upmanship, and in these cultures of, you know, well, if they captured a soldier, we’ve got to capture a soldier.”

Eli Chomsky, who was an editor at the Jewish Press, held the release of the tape for more than a decade, as his superiors did not consider it newsworthy at the time, and might need Clinton’s support in the future.

Chomsky, speaking to the Observer said that she was shocked by the idea that “anyone could support the idea – offered by a national political leader, no less – that the U.S. should be in the business of fixing foreign elections.”

Clinton, whose campaign has been plagued by the ongoing release of hacked emails from her campaign, has previously spoken out against interference in the November 8. U.S. election. She previously stated that Russian intelligence services carried out the cyber attack against her party. Russia has denied involvement in the hacked emails and election interference.