‘Our intentions are to protect water for the 18 million people downstream. And we’re not protesters, we’re protectors,’ a member of the Navajo Nation living at the encampment blocking pipeline construction told us. 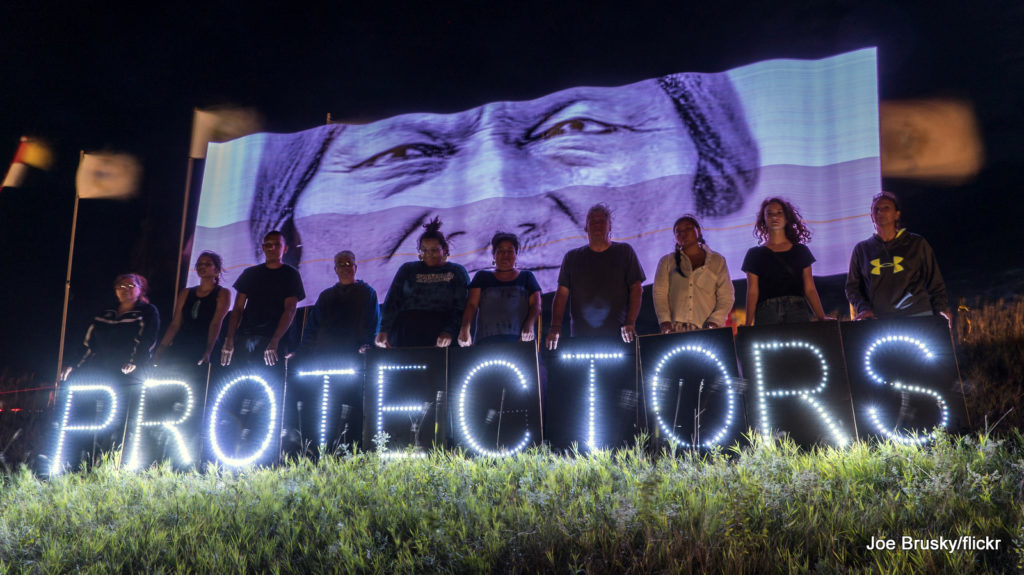 Over 200 Indigenous Nations have descended upon Canon Ball, ND to take a stand against the Dakota Access Pipeline.

4 Oct 2016 — Amid near continuous harassment and frequent arrests by police, members of over 300 Native American tribes gathered on native land in North Dakota continue to block construction on the Dakota Access pipeline.

“It’s a matter of minutes from when they’re called that they show up and you see constant harassment of people going back and forth to camp,” said Remy, a Diné artist and organizer at the encampment on Standing Rock Sioux territory, known as Oceti Sakowin Camp.

“It shows how close the ties are between the Dakota Access pipeline and law enforcement.”

Water Protectors shutdown five worksites with a their #ToxicTour to say #NoDapl pic.twitter.com/XgcvSKHshA

Despite some pressure to halt construction from the U.S. government, builders continue to make progress on the 143-mile Dakota Access pipeline. But opposition to the project is ramping up, too. Thirty people were arrested at a pipeline construction site in Iowa on Sunday, and demonstrations have also occurred outside banks that are financing the project.

Meanwhile, travel to and from the main encampment on Standing Rock land remains heavily restricted due to an ongoing blockade of roads led by the National Guard, which was called up last month in response to the ongoing native action against the pipeline.

Remy said the National Guard has allowed local law enforcement and the private security hired by Energy Transfer Partners, the company behind the pipeline, “essentially free rein” in harassing and arresting anti-pipeline activists, and it’s widely believed in the camp that the various law enforcement agencies are freely sharing information with security and the pipeline builders.

Remy said there’s about 2,000 people at the Oceti Sakowin Camp, although numbers have fluctuated during a recent bout of rainy weather. As winter approaches, many at the camp are gathering cold weather gear and hope to hold the space for months to come.

As a member of the camp and community artist, Remy said, “My role is to take the camp messaging and put it in a creative format to be delivered to the media and the general public.”

Originally from the Navajo Nation near the Black Mesa of Arizona, Remy was a lead artist on the “Wall Off Trump” demonstration at this year’s Republican National Convention, a direct action that expressed the outrage of immigrants and Indigenous peoples at Donald Trump’s proposed “border wall” with Mexico. However, opposition to the Dakota Access pipeline closely aligns with his beliefs and the struggles of his own people, Remy said.

“We’ve dealt with extractive industries for many years, so this is a different location, but we have the same enemies,” he explained.

Navajo lands are polluted from coal extraction, coal-fired power plants, the toxic byproducts from hundreds of uranium mines and mine tailings left open for decades, and many Navajo still lack access to fresh running water and electricity. 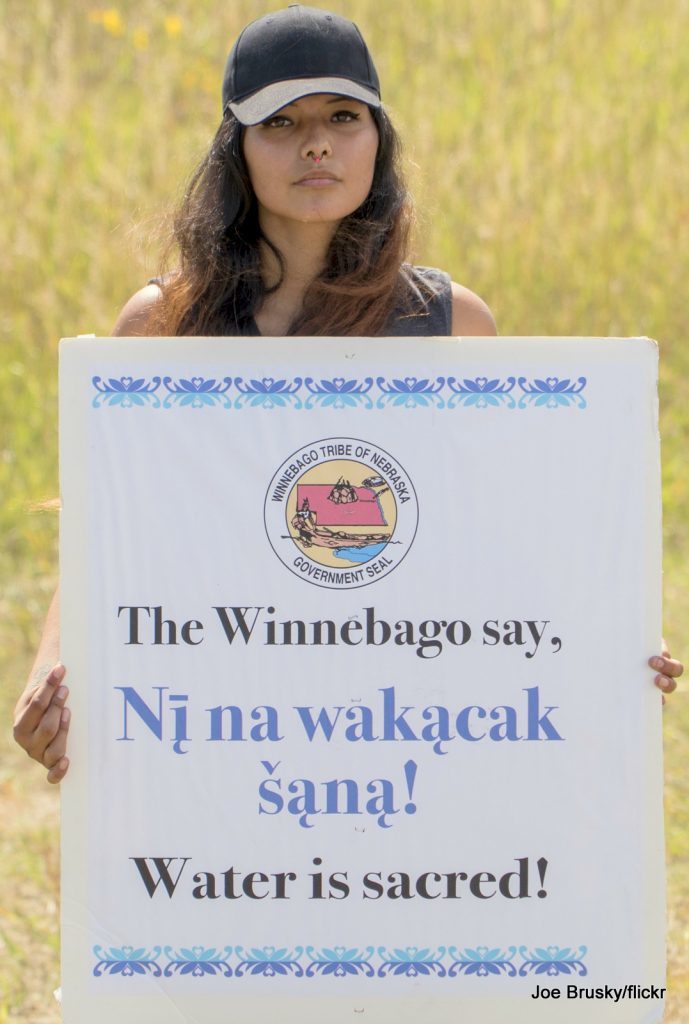 A Winnebago woman protests against the Dakota Access Pipeline in Canon Ball, ND.

“I spend a lot of time fighting the different narrative put out by media for the population. They want to paint us as protesters and that we don’t have good our intentions. Our intentions are to protect water for the 18 million people downstream. And we’re not protesters, we’re protectors.”

Mainstream media reports have frequently accused Native American activists of violence, but seem reluctant to report on the repression by police armed with assault weapons and private security firms unleashing dogs against people.

Remy denied that those standing up in opposition to the pipeline have committed or intend to commit acts of violence. He added:

“There’s no need to bring weapons here. There’s no need for any of us to bring arms to a spiritual movement of this type, that’s not who we are or why we are here. We’re here to protect the resources, not only for us, but for future generations, and everyone downstream along the Missouri River, all the way to the Gulf.”

Last week, Remy attended the Tribal Nations Conference, the eighth and final opportunity for tribal leaders to meet with President Barack Obama and high level officials in his administration. But he said activists aren’t waiting for Obama to act.

“He’s definitely aware of the pipeline, but as far as anything concrete coming out of the summit, I haven’t heard anything yet,” Remy said.

Watch a video about art at Oceti Sakowin camp:

A gonzo journalist from Austin, Texas and Staff Writer for MintPress News, Kit O’Connell’s writing has also appeared at Truthout, the Texas Observer, and The Establishment.