Orwell 2016: Censorship in the Age of Social Media

30 Sep 2016 – If George Orwell is watching from above, he must be impressed. In his novel 1984, what was meant as a cautionary tale against government control and intellectual obscurantism, seems to have come to pass without our full knowledge. 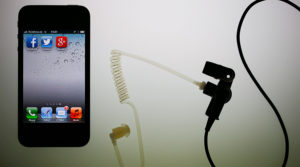 Where have our media taken us?

To be brutally honest, I would say down the yellow brick road and around the tree a few times over already. As our world has become more and more dependent on media, we have opened ourselves up to the bite of censorship, control and the ever-evolving deity which is ‘social trend’.

In other words, our need to be “connected” has pretty much left us dependent on information technology.

Social media, the printed press and television networks, has, more often than not, become trapped in a political cycle, serving not the people but their owners – and by extension the interests they each represent.

However fair we think our media industry to be, we cannot deny that their very capitalist nature entails a degree of manipulation – or to be more diplomatic, ‘framing’.

Switzerland the only country in the world where majority of ppl who can vote will say
yes please to mass surveillance.
goodbye privacy

This reality is even more pronounced with social media. I am not saying that all media are inherently bad, only that the power they wield could be misused or abused.

What was it that Malcom X said? “The media’s the most powerful entity on earth. They have the power to make the innocent guilty and to make the guilty innocent, and that’s power. Because they control the minds of the masses.”

Ok, so we live in the age of propaganda? What else is new? Propaganda is not the issue I want to bring up here. Instead, I’d like to look at the relationship we entertain with social media, and those corporations which own them and control them.

We live under the premise that social media absolutely must bow and respect our freedom of expression and right to opine. However, social media networks are private entities, not governments, and as such, they follow different rules altogether. Their corporate nature means that they are entitled to their own rules and regulations.

Take Facebook for example. It is no secret that this social-media powerhouse has been accused of manipulation, spying and censorship many times over.

In May 2016, Alex Hern wrote for The Guardian: “Facebook is censoring the internet every day, warping your understanding of the world around you to benefit its corporate interests, and fundamentally changing the media landscape in a potentially apocalyptic fashion.”

Electronic Intifada reported this month that a well-known Palestinian editors had been frozen out of their accounts by Facebook as part of a “deal” between Tel Aviv and Mr Zuckerberg on clamping down on terrorism. The report reads: “Editors at two of the most widely read Palestinian online publications have had their Facebook accounts disabled. Administrators for the Facebook pages of Quds, which has more than five million “likes,” and Shehab News Agency, which has more than six million, found they could not access their accounts on Friday.”

This is how Glenn Greenwald, the prominent investigative journalist reacted to the news:

Many who pretend to believe in free expression won't care, because it's Palestinians, but this is a huge threat https://t.co/WvRDpYCXwi

While Facebook eventually came out and apologized, pinning the ban to some glitch, many “users” saw in such retraction an attempt to assuage public opinion, and maybe shareholders.

“The pages were removed in error and restored as soon as we were able to investigate,” a Facebook spokesperson told The Electronic Intifada.

Facebook is not alone in the ongoing battle for free speech.

Almost all social media platforms have been accused of wrongdoings: censorship, social profiling, snooping, information monetizing – you name it.

Twitter too has faced some turbulent times when its former CEO allegedly admitted to filtering abuses against US President Barack Obama. If “protection” might appear innocent enough its implications are disturbing.

And then of course there is personal vendetta! On September 9, RT reported “Facebook deleted a post by Norway Prime Minister Erna Solberg which criticized the social networking service for censoring the iconic ‘Napalm Girl’ photo from the Vietnam War.”

Countless people over the past few months alone, have had the displeasure of being slapped by FB’s “policies” … I am one of those people. My crime? Not being me! However ridiculous this sounds I had to prove I was me, and that as me, I was therefore entitled to my account activities.

My ban lasted only a few hours – very frustrating hours, I might add. Others were less fortunate, however. Only this summer, Marwa Osman, a commentator for RT who happens to be my dearest friend, was locked out of her account for having dared to express her political views.

If outright repression does not make you blood boil, then what about old fashioned snooping and socio-political profiling?

In August 2015, Politico published the following lines on Google, our friendly social media giant: “Research I have been directing in recent years suggests that Google, Inc. has amassed far more power to control elections—indeed, to control a wide variety of opinions and beliefs—than any company in history has ever had.”

So there you have it: Access and technology are not synonymous to freedom and liberties.

Catherine Shakdam is a political analyst, writer and commentator for the Middle East with a special focus on radical movements and Yemen. A regular pundit on RT and other networks her work has appeared in major publications: MintPress, the Foreign Policy Journal, Mehr News and many others. Director of Programs at the Shafaqna Institute for Middle Eastern Studies, Catherine is also the co-founder of Veritas Consulting. She is the author of Arabia’s Rising – Under the Banner of the First Imam.