Russia’s Minister of Culture Vladimir Medinsky welcomed the decision to erect the monument. 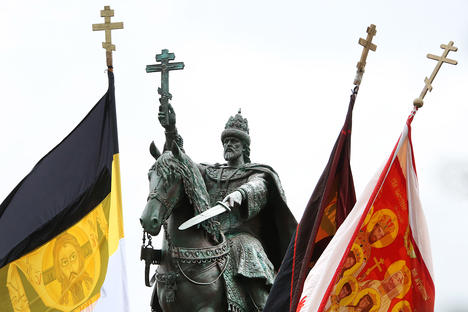 A monument to the founder of the city of Oryol, Tsar Ivan the Terrible of Russia, near the Epiphany Cathedral on the spit of the Oka and Orlik rivers. Source: Alexander Ryumin/TASS

14 Oct 2016 – The first monument to Tsar Ivan the Terrible to be put up in Russia was unveiled on Oct. 14 in the city of Oryol, which is believed to have been founded by the Tsar. The monument was erected near the Epiphany Cathedral.

“We have come a long way to reach this point, we have been through many debates. I am not a historian but I believe that he was a great Russian monarch, the collector of Russian lands, the one who preserved the Orthodox faith for us all and did not let anyone encroach on our territory. We are indebted to him for founding our great city of Oryol, a stronghold on the approaches to our capital,” said Vadim Potomsky, head of the Oryol region.

Tsar Ivan IV Vasilyevich, known as Ivan the Terrible, is one of the most controversial figures, but at the same time one of the most prominent in Russia’s history, Minister of Culture Vladimir Medinsky said in his welcome letter. 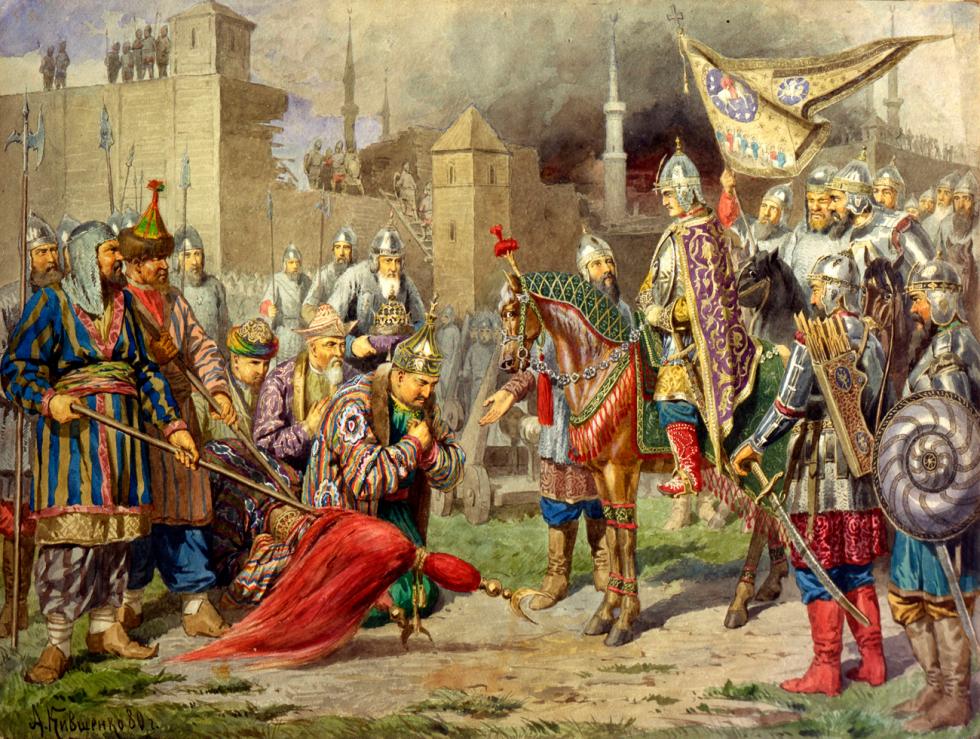 7 facts about Ivan the Terrible, the first Russian tsar

According to the minister, during his reign, Ivan the Terrible succeeded in taking a number of bold and decisive steps designed to strengthen the unity of the Russian state. During his rule, administrative reforms were implemented, new state bodies were established, a professional army was formed and the first ever Russian book was printed.

The minister also said that the activities of Ivan the Terrible should be assessed in comparison with his contemporaries ruling other European countries. If that is done then the Russian Tsar will no longer seem as cruel as he is said to have been, Medinsky explained to journalists on Oct. 14.

“It would be incorrect to compare Ivan the Terrible to Mother Teresa or Mahatma Gandhi, he should be compared to his contemporaries who ruled the ‘enlightened’ Europe, England and France, in those times. For example, (French king) Charles IX caused the death of about 30,000 Huguenots (French Calvinist Protestants) in just a few days, mainly in Paris and other big French cities,” said the minister.

At the same time, Medinsky went on to say, about 3,000-7,000 people were assassinated on the Russian Tsar’s orders during the period of oprichnina (a state policy implemented by Ivan the Terrible between 1565 and 1572, named after the secret police organization).

As the Nikon Chronicle documents, the Oryol fortress was founded in 1566 at the behest of Ivan the Terrible in order to protect the southern borders of the state. The year 1566 is officially considered the year of the city’s foundation.

As one legend has it, the city was named Oryol after an eagle (“oryol” in Russian) that took off from the first tree being cut down for the construction of the fortress. Tsar Ivan Vasilyevich ordered the future city to be named after the bird.