Shimon Peres Was No Peacemaker. I’ll Never Forget the Sight of Pouring Blood and Burning Bodies at Qana

Peres said the massacre came as a ‘bitter surprise’. It was a lie: the UN had repeatedly told Israel the camp was packed with refugees. 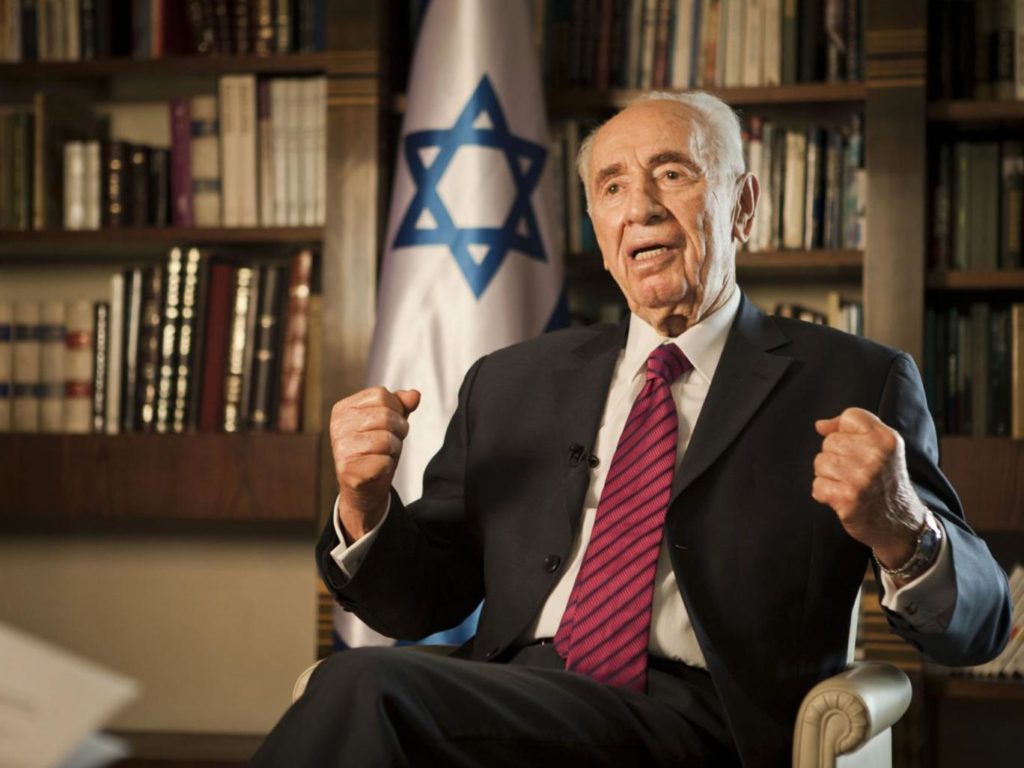 The Israeli politician has died at 93, two weeks after suffering a major stroke AP

28 Sep 2016 – When the world heard that Shimon Peres had died, it shouted “Peacemaker!” But when I heard that Peres was dead, I thought of blood and fire and slaughter.

I saw the results: babies torn apart, shrieking refugees, smouldering bodies. It was a place called Qana and most of the 106 bodies – half of them children – now lie beneath the UN camp where they were torn to pieces by Israeli shells in 1996. I had been on a UN aid convoy just outside the south Lebanese village. Those shells swished right over our heads and into the refugees packed below us. It lasted for 17 minutes.

Shimon Peres, standing for election as Israel’s prime minister – a post he inherited when his predecessor Yitzhak Rabin was assassinated – decided to increase his military credentials before polling day by assaulting Lebanon. The joint Nobel Peace Prize holder used as an excuse the firing of Katyusha rockets over the Lebanese border by the Hezbollah. In fact, their rockets were retaliation for the killing of a small Lebanese boy by a booby-trap bomb they suspected had been left by an Israeli patrol. It mattered not.

A few days later, Israeli troops inside Lebanon came under attack close to Qana and retaliated by opening fire into the village. Their first shells hit a cemetery used by Hezbollah; the rest flew directly into the UN Fijian army camp where hundreds of civilians were sheltering. Peres announced that “we did not know that several hundred people were concentrated in that camp. It came to us as a bitter surprise.”

It was a lie. The Israelis had occupied Qana for years after their 1982 invasion, they had video film of the camp, they were even flying a drone over the camp during the 1996 massacre – a fact they denied until a UN soldier gave me his video of the drone, frames from which we published in The Independent. The UN had repeatedly told Israel that the camp was packed with refugees.

This was Peres’s contribution to Lebanese peace. He lost the election and probably never thought much more about Qana. But I never forgot it.

When I reached the UN gates, blood was pouring through them in torrents. I could smell it. It washed over our shoes and stuck to them like glue. There were legs and arms, babies without heads, old men’s heads without bodies. A man’s body was hanging in two pieces in a burning tree. What was left of him was on fire.

On the steps of the barracks, a girl sat holding a man with grey hair, her arm round his shoulder, rocking the corpse back and forth in her arms. His eyes were staring at her. She was keening and weeping and crying, over and over: “My father, my father.” If she is still alive – and there was to be another Qana massacre in the years to come, this time from the Israeli air force – I doubt if the word “peacemaker” will be crossing her lips.

There was a UN enquiry which stated in its bland way that it did not believe the slaughter was an accident. The UN report was accused of being anti-Semitic. Much later, a brave Israeli magazine published an interview with the artillery soldiers who fired at Qana. An officer had referred to the villagers as “just a bunch of Arabs” (‘arabushim’ in Hebrew). “A few Arabushim die, there is no harm in that,” he was quoted as saying. Peres’s chief of staff was almost equally carefree: “I don’t know any other rules of the game, either for the [Israeli] army or for civilians…”

Peres called his Lebanese invasion “Operation Grapes of Wrath”, which – if it wasn’t inspired by John Steinbeck – must have come from the Book of Deuteronomy. “The sword without and terror within,” it says in Chapter 32, “shall destroy both the young man and the virgin, the suckling also with the man of grey hairs.” Could there be a better description of those 17 minutes at Qana?

Yes, of course, Peres changed in later years. They claimed that Ariel Sharon – whose soldiers watched the massacre at Sabra and Chatila camps in 1982 by their Lebanese Christian allies – was also a “peacemaker” when he died. At least he didn’t receive the Nobel Prize.

Peres later became an advocate of a “two state solution”, even as the Jewish colonies on Palestinian land – which he once so fervently supported – continued to grow.

Now we must call him a “peacemaker”. And count, if you can, how often the word “peace” is used in the Peres obituaries over the next few days. Then count how many times the word Qana appears.