US Court Protects ‘School of the Assassins’ Graduates

Since the Cold War the school formerly known as the School of the Americas has provided counterinsurgency training to a number of Latin American dictators and death squad members. 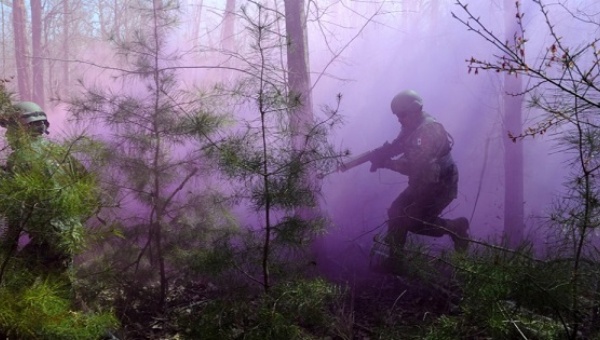 1 Oct 2016 – A U.S. court has sided with the Pentagon that it does not have to publicly release the names of attendees from the training school, formerly known as the School of the Americas, on Friday [30 Sep 2016].

The infamous military school was a training ground for dictators, death squad members, and torturers, fueling human rights abuses and coups across Latin America, earning it the moniker “the School of the Assassins.”

In a 2-1 ruling, the U.S. Circuit Court of Appeals in San Francisco said that activists from SOA Watch, a group that seeks to close the school, do not have a legal right to force the disclosure of the names and units of foreign personnel trained at what is now referred to as the Western Hemisphere Institute for Security Cooperation.

Judges ruling in favor of the Department of Defense said that publicly releasing the information would violate the privacy of attendees and was not valuable enough to the public and had the potential of putting attendees lives at risk. The DoD also argued that disclosing names would put attendees at risk of being targeted by terrorist organizations.

“There are many groups in foreign countries that would seek to harm those who are publicly associated with the United States military,” said Judge Sandra Ikuta who supported the ruling. Ikuta added that there were adequate screening processes in place to instruct attendees on human rights, and deny enrollment to those previously involved in a “gross violation of human rights.”

Judge Paul Watford, who voted against the ruling, stressed that the military school has “checkered history” of human rights abuses, including torture training, and there was no evidence that graduates had been targeted.

Watford added the ruling relied on the word of the government where “the public has no way of independently verifying if students are properly vetted before enrolling at the Institute, or whether after graduating they engage in human rights abuses in their home countries.”

The school, located in Fort Benning, Georgia, was founded in 1946 to provide “anti-communist counterinsurgency training,” during the Cold War.

According to SOA Watch, the military school “has trained over 64,000 Latin American soliders in counterinsurgency techniques, sniper training, commando and psychological warfare, military intelligence and interrogation tactics. These graduates have consistently used their skills to wage war against their own people.”

RELATED: US Should Worry Over Lawsuits for Sponsoring Terrorism

Some of its infamous graduates include a number of Argentine military leaders involved in the country’s “dirty war,” which saw a military dictatorship hunting down and disappearing thousands of left-wing Argentines.

Manuel Noriega, the former military dictator of Panama in the 1980’s also attended the school. Originally backed by the CIA, he was accused of rigging elections and trafficked narcotics.

Guatemalan, Efrain Rios Montt was another military dictator who graduated from the school, who is facing trial for genocide and war crimes.

“SOA Watch will continue to push for the release of the names of the graduates and instructors of the notorious institution, and for its closure,” the group said in a statement.