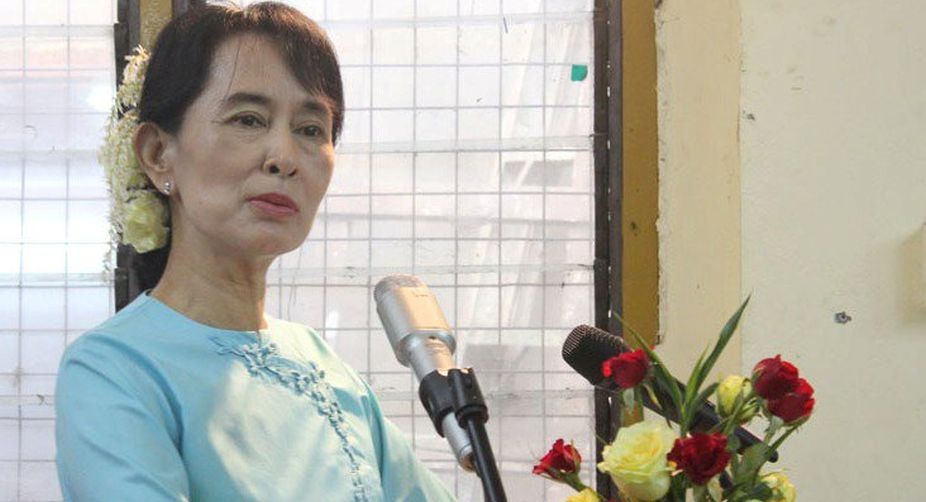 24 Nov 2016 – The irony is cruel. The persecution of the Rohingyas has intensified in Myanmar with the change of guard — from the junta to a democratic dispensation under [Nobel Peace Laureate] Aung San Suu Kyi. The democratic world had expected quite the contrary, if not a distinct measure of improvement in the condition of the stateless minorities of Rakhine province — a wandering group near the Bangladesh border… floundering in search of a home. The latest offensive by the Myanmarese military is strangely of a piece with Suu Kyi’s silence on the issue ahead of the momentous transition early this year. No less deafening must be her muted response at this juncture.

Now that she is in power, though not as President, there can be no compelling reason to almost tacitly condone the offensive.The plot thickens as satellite images have revealed the destruction of no fewer than 820 homes in the three weeks of this month. In the net, the Rohingyas have been displaced further still in course of what has been packaged as “counter-insurgency operation”.

We do not know what the provocation for the latest onslaught was. Yet we do know that Human Rights Watch has called for the UN’s intervention, asserting  that “these alarming new satellite images confirm that the destruction in Rohingya villages is far greater than what the government has admitted”.

Human rights is at stake as must be the purportedly democratic government’s credibility. The withers of the Suu Kyi administration in Naypidaw remain unwrung. Far from coming to the rescue of the minorities, the government has acknowledged that helicopter gunships were used in support of ground troops in the military operations. The civil administration must have been privy to the army’s action, indeed an offensive that has made a travesty of the democratic engagement.

Thus far, the government and GHQ have advanced only an unsubstantiated charge — that nine police officers were killed by “unidentified assailants” on the Bangladesh border. On closer reflection, the junta doesn’t play the second fiddle in the overall construct and it will be painful for the democratic bloc, not least India, to reflect that the post-transition government has been thoroughly insensitive to the stepped-up persecution. Its silence runs parallel to the military offensive.

It becomes direly imperative for Myanmar to stop the offensive and no less crucially to grant citizenship to the Rohingyas, who have lived in Rakhine for generations. Persecution is the thread that binds the generations, and the democratic change of guard has done but little to assuage the suffering of the stateless.

Actually, however, there has been a palpable worsening of the human rights situation. And this  must be contextualised with the caveat of Human Rights Watch — “The government should simply look at the facts and take action to protect all people in Myanmar, whatever their religion or ethnicity”.