The Kapp Putsch and Modern Memory 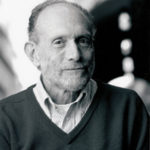 5 Nov 2016 – On March 13, 1920, right-wing elements of German society along with some military units, particularly the Freikorps, or volunteer corps, smarting from the humiliating conditions imposed by the victorious allies at Versailles, and alarmed by the mildly democratic policies of the year-old Weimar government, staged a Putsch (coup) in Berlin, led by Wolfgang Kapp and Walther von Lüttwitz. The Kapp-Lüttwitz Putsch was a resounding failure ¾ in one respect.

Kapp quickly declared himself Reichskanzler (sound familiar), but the Weimar leadership, already partly in exile, called on all Germans to strike.  The resulting general strike was so effective that the putschists simply could not rule the country.  In three days they themselves were in exile, or prison.  The successful resistance has long held an important place in the canon of successful nonviolent actions catalogued by Gene Sharp in his pioneering works on nonviolence.  Though it was marred by some fighting (and had a violent aftermath, as communists and labor unions tried to take over) it was in fact a classic example of the power of civil resistance to protect a democratic order from takeovers or invasions.

But that was not the end of the story.  One putschist who had been flown in to Berlin to participate keenly watched the chaotic events unfold.  His name was Adolph Hitler.  He admired the energy and ruthlessness of the Freikorps, with their swastika-marked helmets, and noted the putsch leaders’ mistakes (including timing).  Before long he set about appealing to the same anger Kapp and the others had manipulated, only more effectively, and played heavily on the ruthlessness.  By 1935 he could triumphantly declare, Ich habe in fünfzehn Jahre die Deutsche Nation geretted, durch meinen fanatischen Wille: ‘I have rescued the German nation in fifteen years through my fanatical will.’

There are two lessons from these chaotic events that we, too, can learn; in fact, we ignore them at our peril.

One.  It definitely can happen here.  While our democratic institutions are far more robust than those of the fledgling Weimar republic, which itself had been installed by a recent revolution, they are weakening under attacks now from all sides.  If Donald Trump fails to win the presidency next week, by the grace of God, he has nonetheless gained shocking support, and done so by appealing to precisely the same unspecific  indignation, xenophobia, scapegoat logic and inflated egos as Kapp and his “conservative” backers ¾ not excluding the same dark hints of violence.  If our democratic institutions are stronger than those of the fledgling German republic, our general culture is if anything more violent, thanks to the development (and abuse) of modern mass media ¾ and the flood of weapons.  Trump is failing at least in part, maybe entirely, because he is not the fanatical, ruthless, inhumane personality Hitler was ¾ but who’s to say such a maniac could not appear next?  We have had the shot across the bow of our democracy.

Two.  Nonviolence is the way out.  But nonviolence cannot simply mean you wait for the putsch to happen, then rush out into the street and non-cooperate.  That is a stopgap ¾ if it works.  It has to mean a complete overhaul of the cultural factors that have led to our putting more fellow citizens in prison per unit population than any comparable democracy, having more guns than people and a higher rate of murder or suicide by orders of magnitude, a larger military budget than most of the world’s countries put together, and a foreign policy apparently incapable of any response but endless war.  Throw in an addiction to media violence that indoctrinates the minds of children from the earliest ages, and the picture is not reassuring.

What is reassuring is that nonviolent alternatives to all these factors are already present, across the board.   Economically and socially alternative communities are springing up all over, along with a sprinkling of “public benefit” corporations that work to a far more humane and inclusive bottom line and often are democratically owned, or at least managed, like Berrett-Koehler publishers, like Kickstarter, to mention two examples.  Nonviolence is slowly being recognized as a subject for research and education (189 U.S. schools at various levels have peace studies programs, at last count, and thousands have at least one peace/nonviolence course).

Civil resistance is being more often and sometimes more accurately practiced, as we’ve seen here from Occupy to Standing Rock, with many episodes in between that are not cited by the media.  As nonviolence scholar Erica Chenoweth told me recently, “nonviolence is the technique du jour for uprisings now.”  And not just uprisings.  A worldwide institution called Unarmed Civilian Peacemaking (or Civilian Protection, in any case UCP), descended from Gandhi’s concept of a Shanti Sena or ‘peace army,’ is operating in some of the most dangerous pockets of global violence ¾ yes, including Syria ¾ and to very good effect.  UCP has been seriously discussed at the UN and received substantial support from some European governments (not American).

And for the long term, perhaps this may be the most important of all: freethinking media, like what you’re reading right now.  We should be learning about and supporting all these inspiring developments.  What they’re up to, and why it’s working, has to be far better known and far more systematically developed; otherwise we might be heading for a particularly nasty case of history repeating itself.

Professor Michael N. Nagler is the President of the Metta Center for Nonviolence and the author of The Search for a Nonviolent Future.

Anticopyright: Editorials and articles originated on TMS may be freely reprinted, disseminated, translated and used as background material, provided an acknowledgement and link to the source, TMS: The Kapp Putsch and Modern Memory, is included. Thank you.

One Response to “The Kapp Putsch and Modern Memory”