The Universal Right to Capital Income 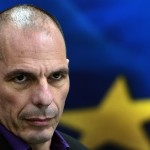 31 Oct 2016 – The right to laziness has traditionally been only for the propertied rich, whereas the poor have had to struggle for decent wages and working conditions, unemployment and disability insurance, universal health care, and other accoutrements of a dignified life. The idea that the poor should be granted an unconditional income sufficient to live on has been anathema not only to the high and mighty, but also to the labor movement, which embraced an ethic revolving around reciprocity, solidarity, and contributing to society.

When unconditional basic-income schemes were proposed decades ago, they inevitably met outraged reactions from employers’ associations, trade unions, economists, and politicians. Recently, however, the idea has resurfaced, gathering impressive support from the radical left, the Green movement, and even from the libertarian right. The cause is the rise of machines that, for the first time since the start of industrialization, threaten to destroy more jobs than technological innovation creates – and to pull the rug out from under the feet of white-collar professionals.

But as the idea of a universal basic income has returned, so has resistance from both the right and the left. Rightists point to the impossibility of raising enough revenue to fund such schemes without crushing the private sector, and to a drop in labor supply and productivity, owing to the loss of work incentives. Leftists worry that a universal income would weaken the struggle to improve people’s working lives, legitimize the idle rich, erode hard-won collective-bargaining rights (by empowering companies like Uber and Deliveroo), undermine the foundation of the welfare state, encourage passive citizenship, and promote consumerism.

Cheerleaders for such schemes – on both the left and the right – argue that universal basic income would support those who already contribute priceless value to society, mainly women in the caring sector – or, indeed, artists producing great public works for next to no money. The poor would be liberated from vicious welfare-state means testing, and a safety net that can entangle people in permanent poverty would be replaced by a platform on which they could stand before reaching out for something better. Young people would gain the freedom to experiment with different careers and to study topics that are not considered lucrative. Moreover, in today’s increasingly pervasive gig economy, with unions shrinking along with their capacity to protect workers, the economic stability that most people are losing would be restored.

The key to moving forward is a fresh perspective on the connection between the source of a universal basic income’s funding, the impact of robots, and our understanding of what it means to be free. That implies combining three propositions: taxes cannot be a legitimate source of financing for such schemes; the rise of machines must be embraced; and a universal basic income is liberty’s main prerequisite.

The idea that you work hard and pay your income taxes, while I live off your enforced kindness, doing nothing by choice, is untenable. If a universal basic income is to be legitimate, it cannot be financed by taxing Jill to pay Jack. That is why it should be funded not from taxation, but from returns on capital.

A common myth, promoted by the rich, is that wealth is produced individually before it is collectivized by the state, through taxation. In fact, wealth was always produced collectively and privatized by those with the power to do it: the propertied class. Farmland and seeds, pre-modern forms of capital, were collectively developed through generations of peasant endeavor that landlords appropriated by stealth. Today, every smartphone comprises components developed by some government grant, or through the commons of pooled ideas, for which no dividends have ever been paid to society.

So how should society be compensated? Taxation is the wrong answer. Corporations pay taxes in exchange for services the state provides them, not for capital injections that must yield dividends. There is thus a strong case that the commons have a right to a share of the capital stock, and associated dividends, reflecting society’s investment in corporations’ capital. And, because it is impossible to calculate the size of state and social capital crystalized in any firm, we can decide how much of its capital stock the public should own only by means of a political mechanism.

A simple policy would be to enact legislation requiring that a percentage of capital stock (shares) from every initial public offering (IPO) be channeled into a Commons Capital Depository, with the associated dividends funding a universal basic dividend (UBD). This UBD should, and can be, entirely independent of welfare payments, unemployment insurance, and so forth, thus ameliorating the concern that it would replace the welfare state, which embodies the concept of reciprocity between waged workers and the unemployed.

Fear of machines that can liberate us from drudgery is a symptom of a timid and divided society. The Luddites are among the most misunderstood historical actors. Their vandalism of machinery was a protest not against automation, but against social arrangements that deprived them of life prospects in the face of technological innovation. Our societies must embrace the rise of the machines, but ensure that they contribute to shared prosperity by granting every citizen property rights over them, yielding a UBD.

A universal basic income allows for new understandings of liberty and equality that bridge hitherto irreconcilable political blocs, while stabilizing society and reinvigorating the notion of shared prosperity in the face of otherwise destabilizing technological innovation. Disagreements of course will continue; but they will be about issues such as the proportion of company shares that should go to the Depository, how much welfare support and unemployment insurance should be layered on top of the UBD, and the content of labor contracts.

Anyone still not reconciled to the idea of “something for nothing” should ask a few simple questions: Would I not want my children to have a small trust fund that shields them from the fear of destitution and allows them to invest fearlessly in their real talents? Would their peace of mind render them lazy layabouts? If not, what is the moral basis for denying all children the same advantage?

Yanis Varoufakis, a former finance minister of Greece, is a professor of economics at the University of Athens.

One Response to “The Universal Right to Capital Income”