The human rights group said police are targeting the Rohingya through looting, murder and destruction of homes and mosques. 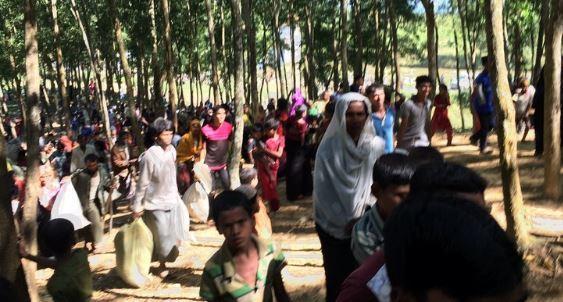 Amnesty international accused the Myanmar police and military of crimes against humanity in the treatment of their country’s minority Muslim Rohingya population.
Photo courtesy of Amnesty International

The London-based human rights organization accused Myanmar police and military personnel of murder, torture, rape and looting in a report. It said an operation of ethnic cleansing began after border police were attacked by a militant group largely composed of Rohingya. The army then launched an anti-insurgency operation in late October, and has denied any atrocities, saying instead it is conducting anti-terrorist actions in western Myanmar’s Rakhine province.

Anecdotal evidence obtained through interviews by Amnesty International said random killings, and destruction of property, including the burning of over 1,200 homes, mosques and schools, constitute “a widespread and systematic attack against the Rohingya population in northern Rakhine state and may therefore constitute crimes against humanity.”

“The Burmese military has targeted Rohingya civilians in a callous and systematic campaign of violence,” said Amnesty International’s Rafendi Djamin. “Men, women, children, whole families and entire villages have been attacked and abused, as a form of collective punishment. The deplorable actions of the military could be part of a widespread and systematic attack on a civilian population and may amount to crimes against humanity.”

An estimated 27,000 Rohingya attempted to escape to adjacent Bangladesh in October, straining border communities. Amnesty International accused the Bangladeshi government of turning refugees away at the border. It called on an end to violence and an investigation by the United Nations.