The Treaty of Tlatelolco: Giving Thanks to Our Latin American Neighbors toward a World Free of Nuclear Weapons 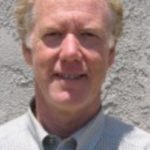 27 Nov 2016 – Americans gathered around their Thanksgiving tables this week reflecting on what they were thankful for this past year. There was the potential for much angst after a year with significant division in our nation often emphasizing differences and talk of building walls to separate us from our neighbors. In contrast, at our table we gave thanks for our Latin American and Caribbean neighbors celebrating their courage and the Treaty of Tlatelolco, a little known treaty that was drafted 50 years ago this February creating the world’s first nuclear weapons free zone (NWFZ) and which ultimately served as the model for all subsequent NWFZ.

In the border town of Tijuana, at its historic coastal Friendship Park adjacent the Mexican side of the wall, a monument commemorating the northwestern point of this NWFZ was unveiled this past week with great fanfare–though no coverage from the neighbor to the north, the United States.

Latin American nations drafted the treaty on February 14, 1967 in Tlatelolco, Mexico City, and it went into force on April 22, 1968.  Today all 33 nations of Latin America and the Caribbean have signed the treaty as part of the 80 million square kilometers of the entire southern hemisphere that is free of nuclear weapons.

Quoting from the treaty these nations are convinced:

“That the incalculable destructive power of nuclear weapons has made it imperative that the legal prohibition of war should be strictly observed in practice if the survival of civilization and the survival of mankind itself is to be assured,

That nuclear weapons, whose terrible effects are suffered, indiscriminately and inexorably, by military forces and civilian population alike, constitute, through the persistence of the radioactivity they release, an attack on the integrity of the human species and ultimately, may even render the whole earth uninhabitable,

That general and complete disarmament under effective international control is a vital matter which all the peoples of the world equally demand,

That the proliferation of nuclear weapons, which seems inevitable unless States, in the exercise of their sovereign rights, impose restrictions on themselves in order to prevent it, would make any agreement on disarmament enormously difficult and would increase the danger of the outbreak of a nuclear conflagration,

That the establishment of militarily denuclearized zones is closely linked with the maintenance of peace and security in the respective regions.”

The document establishes Latin America and the Caribbean as a nuclear weapon-free zone (NWFZ).  Each country signing the treaty promises, as stated in Article 1, to outlaw within their territory “the testing, use, manufacture, production, or acquisition by any means whatsoever of any nuclear weapons” and “the receipt, storage, installation, deployment, and any form of possession of any nuclear weapons.”

Protocol I of the treaty obligates states with territories in Latin America (France, Netherlands, the United Kingdom, and the United States) to keep the region a NWFZ.  The four nations have signed the treaty.  Protocol II obligates nuclear-weapon states (NWS) not to undertake any action that would violate the nuclear-weapons free status of the region, including using or threatening to use nuclear weapons against any of the states participating in the treaty.  The People’s Republic of China, the Union of Soviet Socialist Republics (now the Russian Federation), France, the United Kingdom, and the United States had ratified Protocol II.

For verification purposes the Treaty created the Organization of the Prohibition of Nuclear Weapons in Latin America and the Caribbean (OPANAL), a regional organization that ensures that all contracting parties are abiding by the treaty.   OPANAL is similar to the organization of the United Nations.  There is a General Conference that convenes every two years and at special sessions, called if necessary.  Among other duties, it establishes “procedures to ensure the adherence to the Control System established by the Treaty of Tlatelolco,” creates accords with governments and international agencies, and elects the Council and the General Secretary to four-year terms.

From the earliest days of the nuclear age to the present, the nations of Latin America have played a significant role in the work to abolish nuclear weapons. During last month’s United Nations First Committee, they were among the sponsoring group of nations that brought forth a resolution, L41 to commence negotiations and passage of a nuclear weapons ban treaty next year beginning in March. This treaty will outlaw nuclear weapons around the world just as every other weapon of mass destruction has been banned before. No longer will the world be held hostage to these suicidal weapons that have threatened our very survival as a species. These awakened neighbors have done more to bring about a world free of nuclear weapons while the nuclear powers have lived in a trance. Ultimately nuclear weapons will be eliminated or they will eliminate us. We have much work to do yet much to be thankful for.

Robert F. Dodge, M.D., is a practicing family physician, writes for PeaceVoice, and serves on the boards of the Nuclear Age Peace Foundation, Beyond War, Physicians for Social Responsibility Los Angeles, and Citizens for Peaceful Resolutions.

Anticopyright: Editorials and articles originated on TMS may be freely reprinted, disseminated, translated and used as background material, provided an acknowledgement and link to the source, TMS: The Treaty of Tlatelolco: Giving Thanks to Our Latin American Neighbors toward a World Free of Nuclear Weapons, is included. Thank you.