Aleppo Falls as Winter Fog Settles on the Chitose River 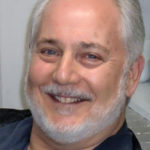 Stephen Toskar is a longtime resident of Japan. His poems have appeared in Arc Poetry Magazine, Tokyo Poetry Journal, The Pedestal Magazine, LA Progressive, Hollywood Progressive, Chattahoochee Review, Dissident Voice, Poetry Nippon, Jayanta Mayapatra’s Chandrabhaga, and Cyrano’s Journal. Also in the anthologies Manifestations and Farewell to Nuclear, Welcome to Renewable Energy, the latter a bilingual collection of poems assembled in reaction to the nuclear disaster in Fukushima. Living on the northern island of Hokkaido with his wife and young son near the banks of the Chitose River, he is a professor in the Dept. of International Language Studies at Hokkaido Bunkyo University.

Anticopyright: Editorials and articles originated on TMS may be freely reprinted, disseminated, translated and used as background material, provided an acknowledgement and link to the source, TMS: Aleppo Falls as Winter Fog Settles on the Chitose River, is included. Thank you.